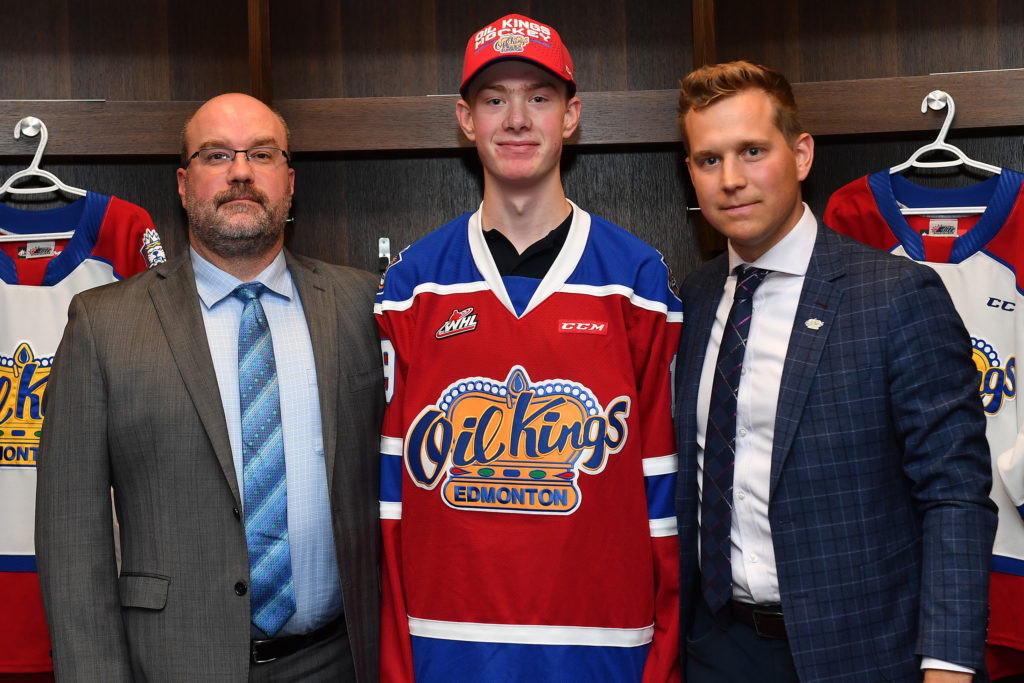 Hay, from Abbotsford, BC, was the Oil Kings third round, 62nd overall selection in the 2019 WHL Bantam Draft. He registered an 11-8 win-loss record with one shutout, a 2.89 GAA and .891 save percentage during the 2018-19 regular season with Yale Bantam Prep (CSSBP).

He went on to backstop the team to a CSSBP Championship with a 4-1 record, along with a 2.33 GAA and .923 save percentage.

“Kolby is a big goalie who plays a very solid positional game,” said Oil Kings President of Hockey Operations and General Manager, Kirt Hill. “He tracks pucks well, controls rebounds and competes hard in the crease. We were very happy that Kolby was available when he was in the Draft and see a lot of upside in his development.

“We are excited to welcome Kolby and his family to the Oil Kings organization.”