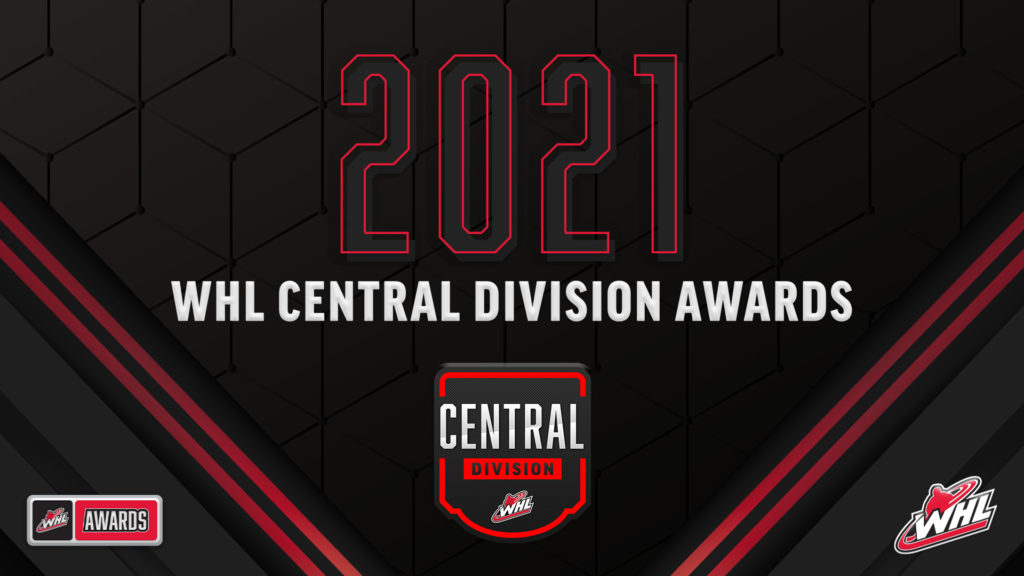 WHL Division Awards are voted upon by General Managers and Head Coaches and all winners are eligible for the overall WHL Awards which will be announced during the week of June 7, 2021. 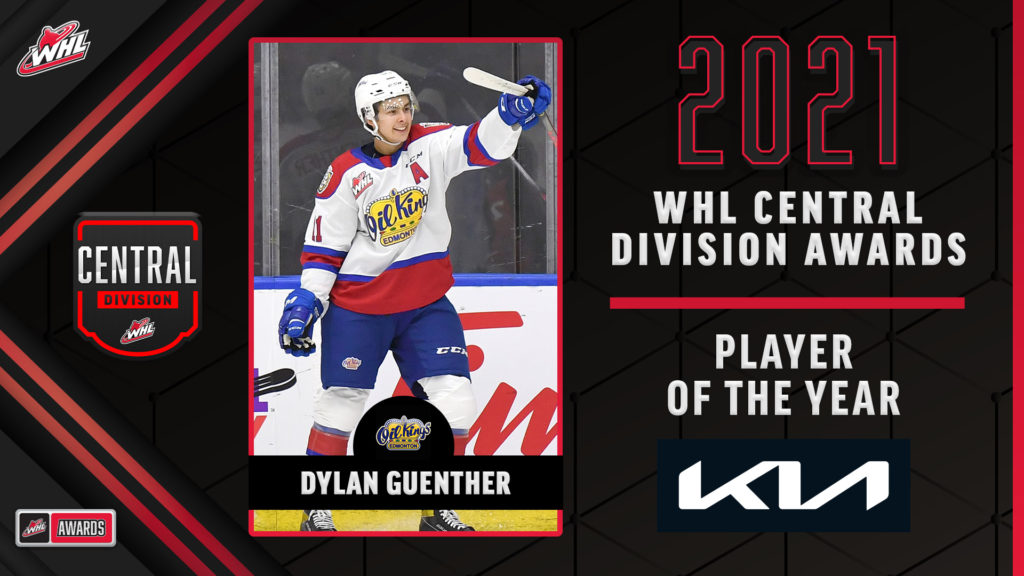 Dylan Guenther (Edmonton, AB) put up 24 points (12G, 12A) to finish sixth in team scoring after appearing in just 12 games this season with the Oil Kings. His 2.00 points per-game led all WHL players this past season. He finished the season having taken just one minor penalty.

Guenther departed the team midway through the condensed season to represent Canada at the IIHF U18 World Hockey Championships where he helped lead his country to a gold medal putting up seven points (4G, 3A) in seven games.

Guenther is ranked fifth amongst North American skaters by NHL Central Scouting ahead of the 2021 NHL Draft.

He is nominated for WHL Player of the Year (Four Broncos Memorial Trophy) and WHL Most Sportsmanlike Player (Brad Hornung Trophy). 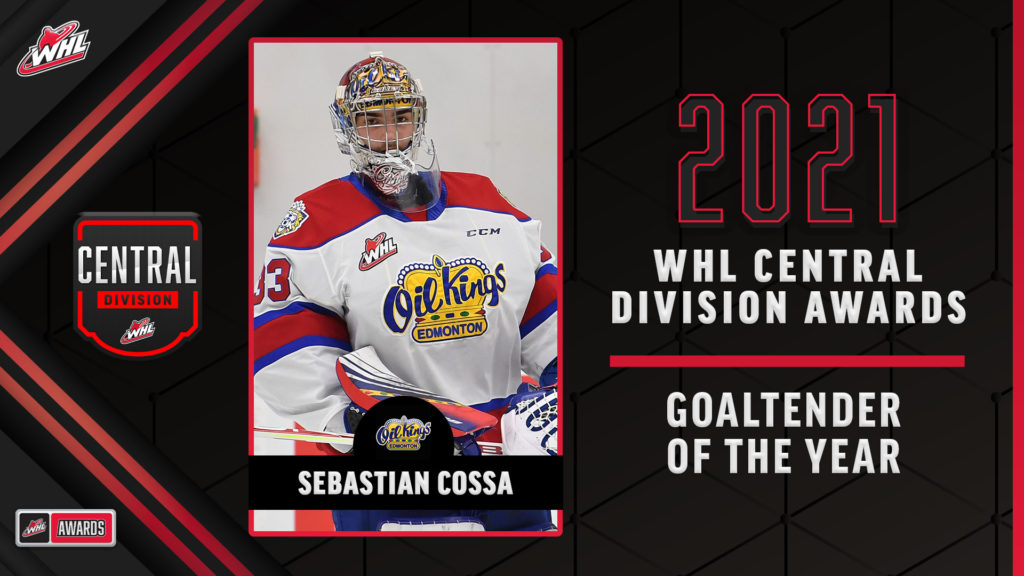 Cossa is ranked as the top goaltender by NHL Central Scouting ahead of the 2021 NHL Draft.

He is nominated for WHL Goaltender of the Year (Del Wilson Memorial Trophy). 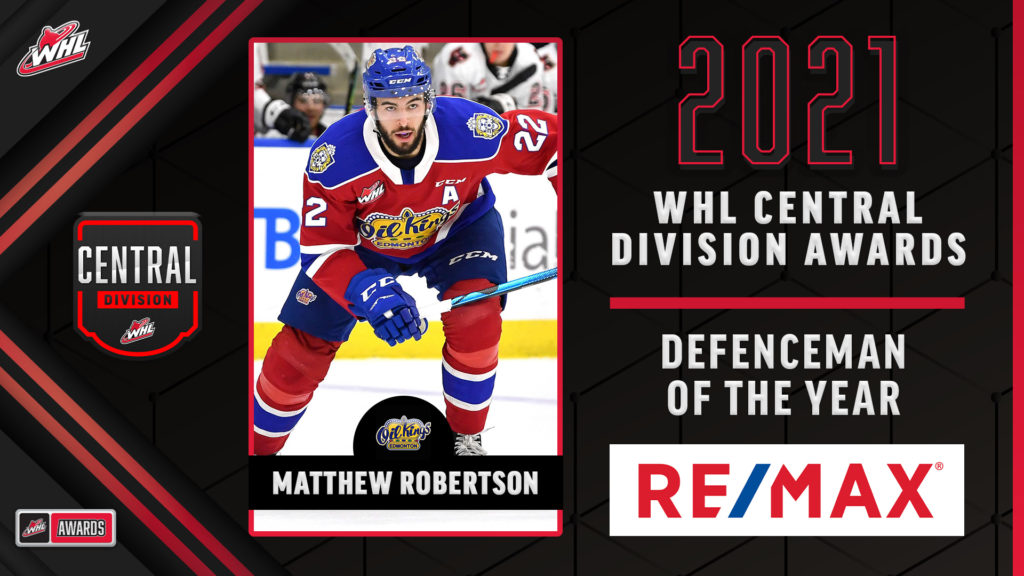 Matthew Robertson (Sherwood Park, AB), the Oil Kings Top Defenceman award winner for two straight years, finished the season with 22 points (4G, 18A) in 22 games. His point total was fifth most amongst all WHL defencemen this season. The 2019 New York Rangers second-round pick also led all WHL defencemen in +/- this year finishing with a +26 rating.

He is nominated for WHL Defenceman of the Year (Bill Hunter Memorial Trophy). 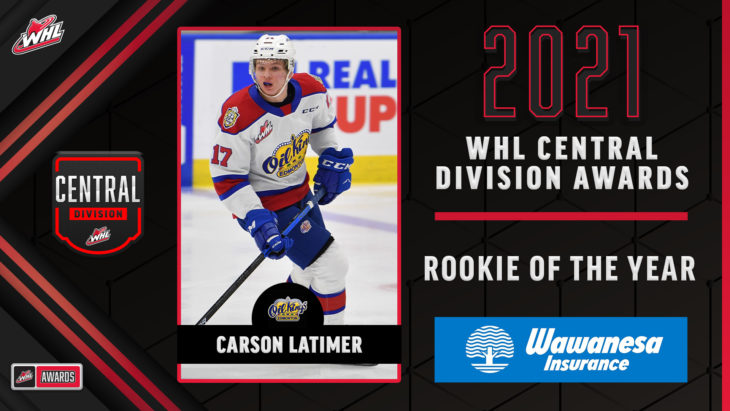 Carson Latimer (Surrey, BC) is coming off his first full-year in the WHL and in 22 games with the Oil Kings, the rookie right-winger registered 16 points (5G, 11A) finishing eighth in WHL rookie scoring..

Latimer is ranked 149th amongst North American skaters by NHL Central Scouting ahead of the 2021 NHL Draft.

He is nominated for WHL Rookie of the Year (Jim Piggott Memorial Trophy). 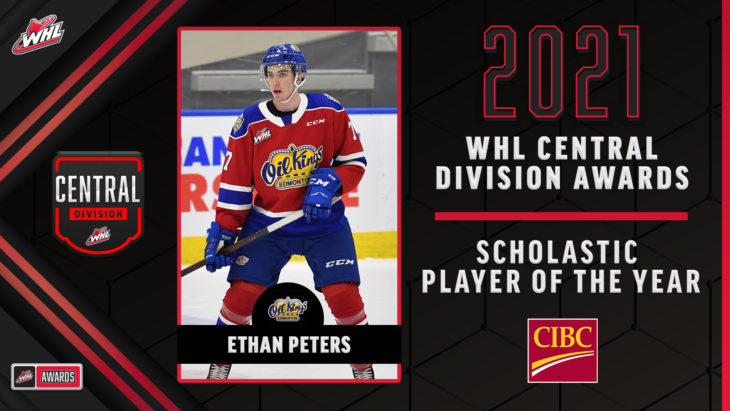 Ethan Peters (Moose Jaw, SK) is coming off his first year in the WHL. He currently holds a Grade 12 average of 94.67% for his seven core courses including a 98% grade in Math 30 Pre-Calculus and 97% in English 30. He was just one of four players to play in all 23 games for the Oil Kings this season, finishing with five points (1G, 4A).

Peters is ranked 198th amongst North American skaters by NHL Central Scouting ahead of the 2021 NHL Draft.

He is nominated for WHL Scholastic Player of the Year (Daryl K. (Doc) Seaman Trophy). 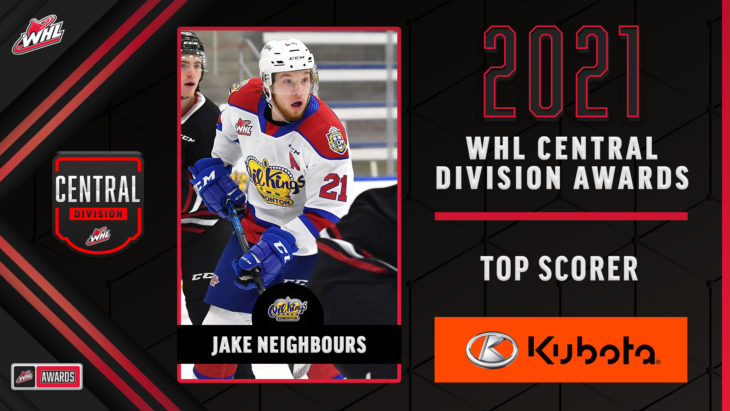 Jake Neighbours (Airdrie, AB), the Oil Kings 2020-21 Top Scorer Award and Kristians Pelss Memorial Award winner, finished the season with 33 points (9G, 24A) in 19 games to lead all Central Division skaters in points and finish in a tie for third in league scoring. The 2020 St. Louis Blues first-round pick recorded at least one point in all 19 games he played this year and led the entire WHL in +/- with a +29 rating.

He is nominated for WHL Top Scorer (Bob Clarke Trophy).