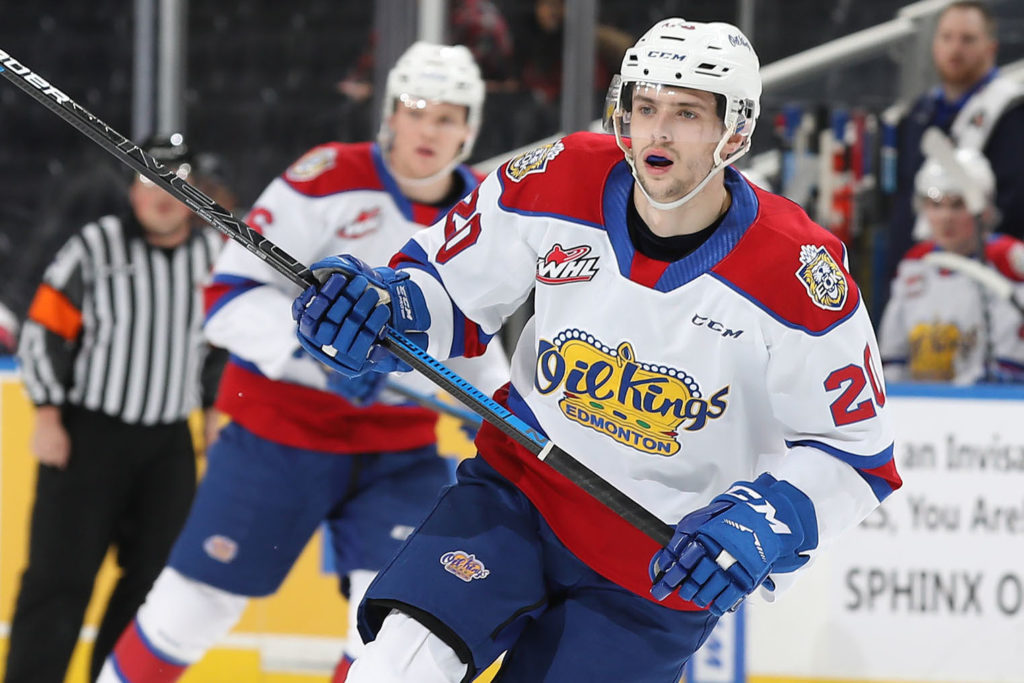 The Edmonton Oil Kings have traded forward David Kope to the Kelowna Rockets, the Club announced on Monday.

In exchange, the Oil Kings will receive a 4th round pick (KEL) in the 2023 WHL Bantam Draft.

As a rookie, he was named the recipient of the Oil Kings Most Improved Player Award following the 2017-18 season.

“Following our acquisition of another 20-year-old earlier today, this move allows David to have a great opportunity to play out his final WHL season with the Kelowna Rockets,” said Edmonton Oil Kings President of Hockey Operations and General Manager, Kirt Hill.

“David is a determined young man with relentless work ethic, proven by the fact he earned a regular spot in a WHL lineup despite being a late round pick in his Draft year.

“We are extremely thankful to David for all his hard work as a member of the Oil Kings, and wish him the best in his future hockey endeavours.”