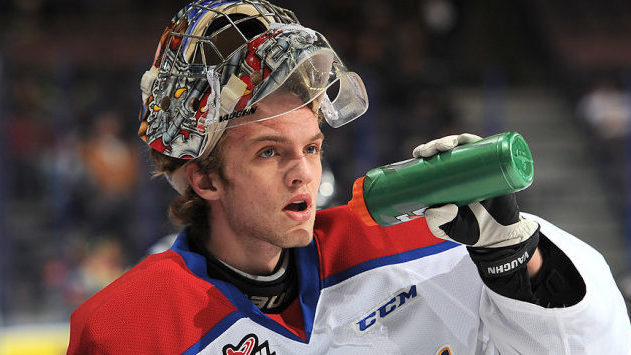 EDMONTON, ALTA. – The Edmonton Oil Kings have acquired a 4th round pick in the 2018 WHL Bantam Draft from the Kamloops Blazers in exchange for goaltender Carter Phair, general manager Randy Hansch announced today.

The 6’4”, 185-pound Phair played in 19 games with the Weyburn Red Wings (SJHL) last season, registering an 8-4-3 record, with a 2.47 GAA and a .925 save percentage. Phair, after joining the Oil Kings to finish off the regular season and playoffs, also appeared in one game in relief with the club.

“With the numbers we have in the goaltender position and with Carter’s positive development since we drafted him we were able to make this trade,” says Hansch. “We appreciate Carter being part of our program over the years and wish him all the best with his new team.”