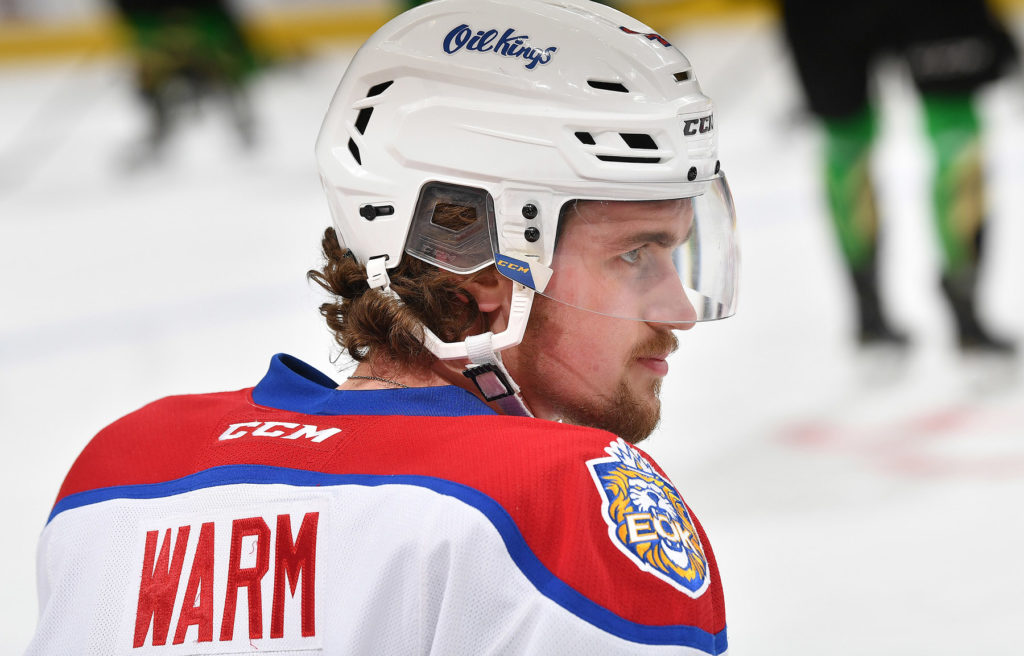 The Edmonton Oil Kings have traded defenceman Will Warm to the Victoria Royals, the Club announced on Thursday.

In exchange, the Oil Kings will receive a 5th round pick (VIC) in the 2021 WHL Bantam Draft.

Drafted in the fifth round, 108th overall in 2014, Warm spent each of his first three Western Hockey League seasons as a member of the Oil Kings. The Whistler, BC native dressed in 169 regular season and playoff games combined, registering 10 goals and 28 assists for 38 points along with 152 penalty minutes.

Limited to just 33 regular season games in 2018-19, Warm made the most of his time being sidelined by starting the initiative Will Warms the Community. His charitable spirit and generous nature manifested itself in efforts across the Greater Edmonton Community, most notably with Ronald McDonald House.

The Oil Kings thank Will for all his contributions to the team, on and off the ice, and wish him nothing but the best in his future hockey endeavors.