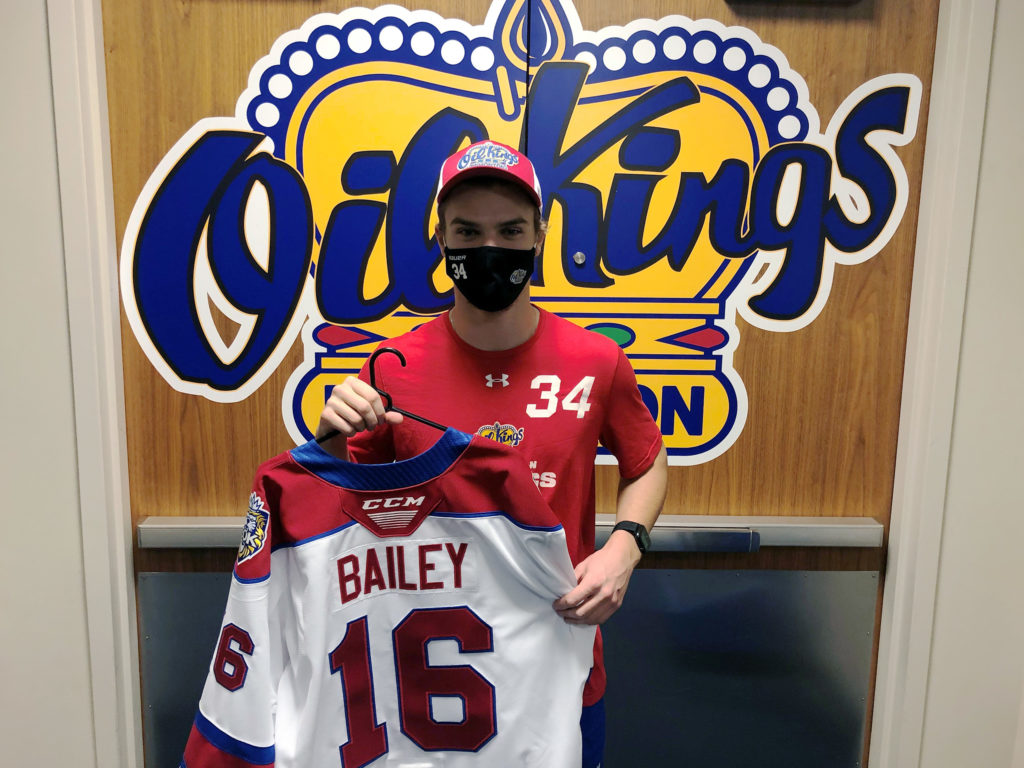 Oliver, who normally wears number 34, will switch to number 16 with a ‘Bailey’ name bar for Saturday’s contest – the number Bailey wore when he played for the organization from 1964-1967. Oil Kings forward Jayden Henderson will be switching from number 16 to number 18 for the game on Saturday to accommodate.

Bailey, originally from Lloydminster, joined the Oil Kings for the 1965 Alberta Senior Hockey League playoffs and helped the team reach the Memorial Cup final, where they would ultimately fall to the Niagara Falls Flyers. He would be a mainstay on the team the following campaign for their final season in the ASHL in 1965-66 and again help the team to another Memorial Cup final, where this time they would prevail over the Oshawa Generals. The Oil Kings then joined the Canadian Major Junior Hockey League for the 1966-67 season where Bailey would lead the team in scoring with 47 goals and 46 assists in 56 games. 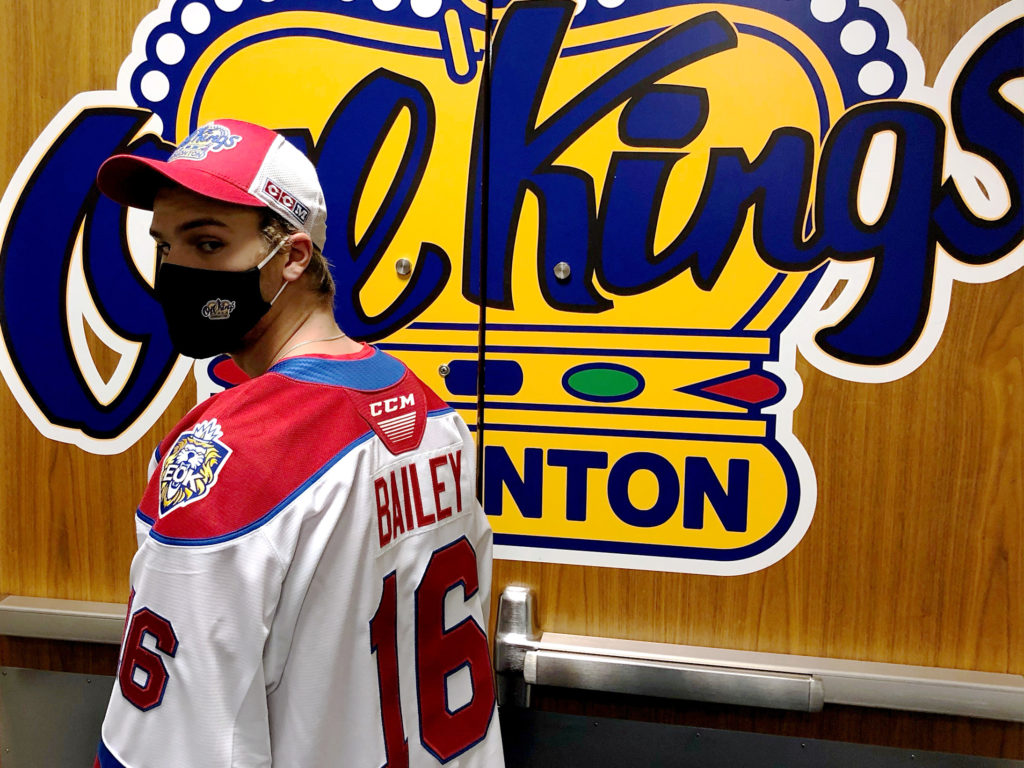 Following his time with the Oil Kings, Bailey would go on to play professionally in the National Hockey League and World Hockey Association. In the NHL, he played 568 games split between the Boston Bruins, Detroit Red Wings, St. Louis Blues and Washington Capitals winning two Stanley Cup titles with the Bruins. In 1978-79, he joined the Edmonton Oilers for their final season in the WHA, playing 38 games.

After his playing days, Bailey would begin a lengthy career as a scout, first serving in the capacity with the Oilers from 1981-1994, helping build the Oilers dynasty that would go on to win five Stanley Cup titles from 1984-1990. In 1994 he joined the Los Angeles Kings as their Director of Professional Scouting, serving in that role until his tragic passing on September 11, 2001 aboard United Airlines Flight 175.

Oliver, from White Rock, BC, is the son of Bailey’s daughter Sheralynn Oliver (née Holt). He began his WHL career with the Victoria Royals in 2016 after being selected by the team in the third round, 57th overall, of the 2015 WHL draft. He would play with the Royals until being traded to the Oil Kings in April 2020 ahead of his final year of junior eligibility. In his career, he has appeared in 247 games collecting 65 goals and 78 assists to go along with 225 penalty minutes and a +6 rating.