MENU
THE WESTERN HOCKEY LEAGUE HAS ANNOUNCED ITS RETURN TO PLAY PROTOCOL FOR THE 2020-21 SEASON
September 29, 2019 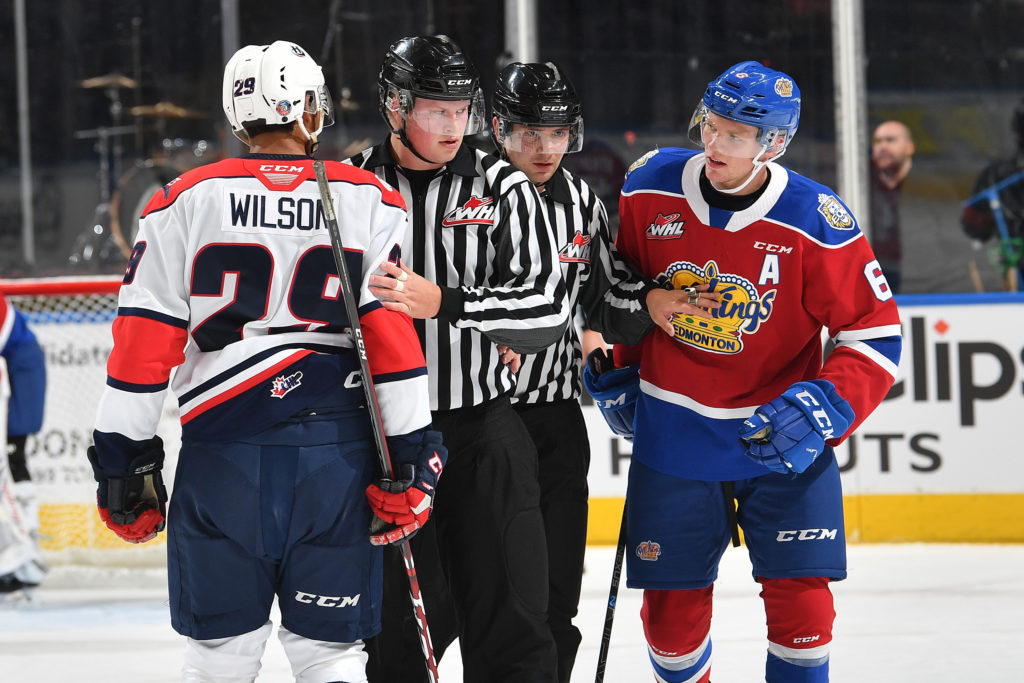 It was a third period to forget for the Edmonton Oil Kings on Sunday afternoon at Rogers Place.

After twice battling back from one-goal deficits in the second, the Oil Kings (2-1-1-0) surrendered a pair of power play goals in the game’s final five minutes, falling 5-2 to the Lethbridge Hurricanes (2-1-0-1) in front of 4,388 fans at Rogers Place on Sunday evening.

It was the first regulation loss of the season for the Oil Kings, who were undefeated through their five pre-season games, followed by two wins to start the regular season then Friday’s overtime loss in Calgary.

Special teams all but sealed the Oil Kings fate on Sunday, as the late penalties taken by the home side allowed Lethbridge to go 2-for-4 on the power play, while the Oil Kings failed to convert on any of their four attempts with the man advantage.

The Hurricanes took a 1-0 lead at 9:05 of the first period, which proved to be the lone goal of the opening frame.

Soon after puck drop in the second Vladimir Alistrov notched his first goal of the season, assisted by Carter Souch, just 1:31 in to make it a 1-1 game.

The Oil Kings looked poised to take their first lead of the afternoon after the Hurricanes were called for a checking to the head minor, but instead it was Dylan Cozens who capitalized on a shorthanded breakaway – unassisted – to give Lethbridge the 2-1 edge at 9:08.

But the Oil Kings showed life at the end of the second period, once again erasing a one-goal deficit to tie the game, this time 2-2. Riley Sawchuk tallied his third of the season, beating Thomson on a shot from beneath the goal line, assisted by Jake Neighbours and Josh Williams to round out the first 40 minutes.

In the third, the Oil Kings were called for hooking roughly five minutes in, but managed to stave off the Hurricanes power play.

Past the midway point Cozens played spoiler once again, restoring the Lethbridge lead for the third time in the game to make it 3-2 for the visitors.

The game officially became out of reach for the Oil Kings when they surrendered two more two-minute minors within a 1:15 span inside the last five minutes of play. Oil Kings penalties were whistled at 16:10 and 17:25, and the Hurricanes two insurance goals came at 16:54 and 17:44.

Final shots on goal were 30-26, Lethbridge, which included 9-8 Edmonton in the third.

Lethbridge was 2-for-4 on the power play while Edmonton finished the game 0-for-4 with the man advantage.