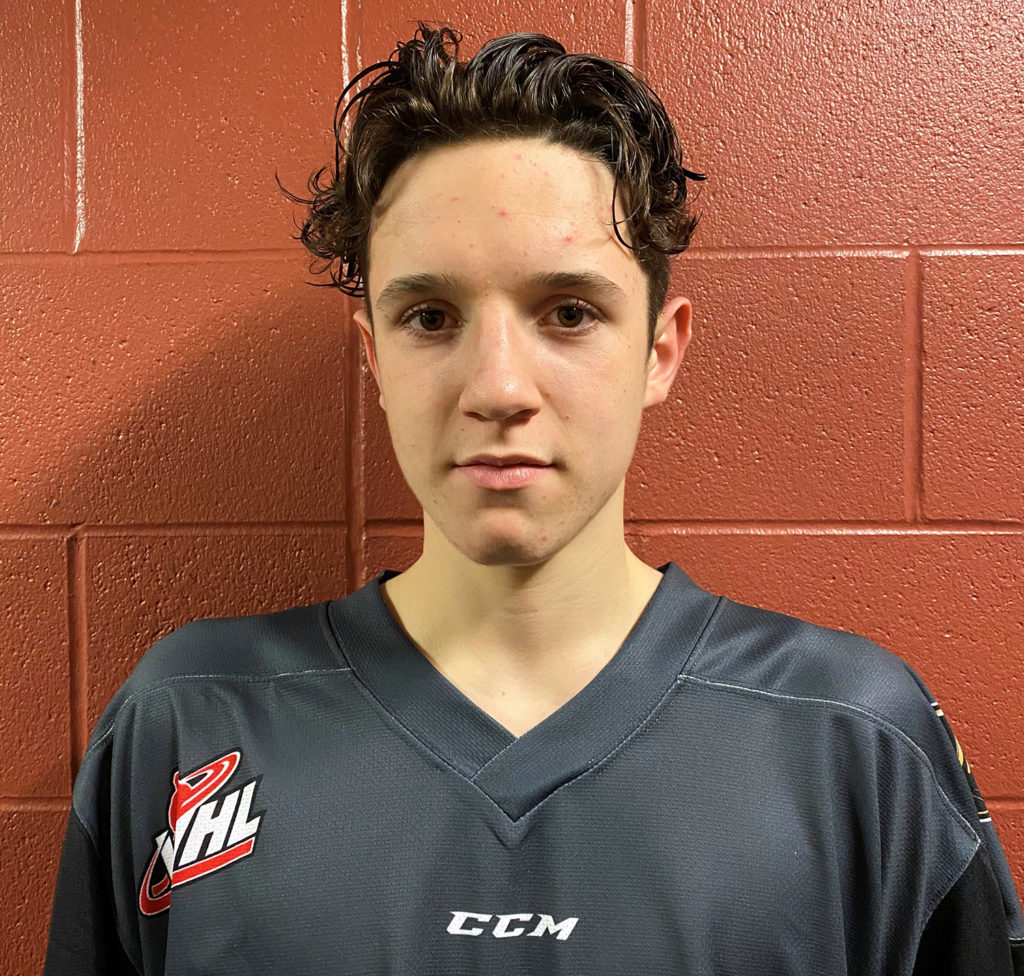 Edmonton, AB – There is nothing quite like found money, or in the case of the Edmonton Oil Kings, a found goaltender.

Alex Worthington, a Waldheim, Saskatchewan native, was a player the Oil Kings weren’t expecting to have the opportunity to draft when their pick in the fifth round, 108th-overall, of the 2020 WHL Draft rolled around.

“In this age group we were going to hang back a bit (on drafting a goalie), we had some other priorities, but Alex was always near the top of our list,” said Oil Kings Director of Scouting Jamie Porter. “As we started going through the draft and the rounds started to slip by, his name continued to stay at the top of our list (of available players) and in that fifth round we decided we had to take him and deviate from our plan a little bit and our staff were quite excited about getting him where we did.”

Entering the 2020 WHL Draft, the 6-foot-1, 150-pound goaltender spent the previous season playing for the Warman Wildcats U15 AA team. In 20 regular season appearances he went 7-10-1 with a 4.19 goals against average and a .903 save percentage, and faced plenty of rubber as he averaged over 40 shots against per game. In his lone playoff start that year, he stopped 46 of the 47 shots he faced in a 1-0 loss to the Saskatoon Stallions.

“Our staff in Saskatchewan were extremely high on him,” added Porter. “He played on a team that was not the strongest, so he got a lot of action, we got to see him stop a lot of pucks, we liked his composure, his mental makeup, we think he’s fairly strong technically, understands the position and plays with some gamesmanship.”

While his on-ice work spoke for itself during his draft year, what helped him stand out was the reputation he had amongst his peers.

“In doing our background checks on him, everyone raved about his character, they raved about the type of teammate he is, so he checks those boxes as well,” said Porter. “He looks like a fairly complete product already. Obviously, there are going to be things he needs to work on and get better at to make it to the WHL but we’re very comfortable with the base he’s built for himself and Kurtis Mucha (Oil Kings Goaltending Development Coach) was also quite comfortable with him and everything we look for when drafting a goalie, Alex has it.”

This past season, Worthington made three starts with the Warman Wildcats U18 AAA team going 1-2-0 with a 3.31 goals-against average and a .895 save-percentage before the SU18AAAHL season was officially cancelled on February 26 due to the pandemic.

“We’ve stayed in touch with him, we know he’s looking after his game and working out,” said Porter. “He’ll be no different than anyone else, that entire age group has lost a year so he’s not going to be further behind anyone else. We look forward to having him and his age group at a camp and be able to see where they’re at. The curious thing will be to see how this past year has affected all of them, we’re anticipating everyone will be fine but obviously none of us has ever gone through anything like this before.”