MENU
THE WESTERN HOCKEY LEAGUE HAS ANNOUNCED ITS RETURN TO PLAY PROTOCOL FOR THE 2020-21 SEASON
March 4, 2020 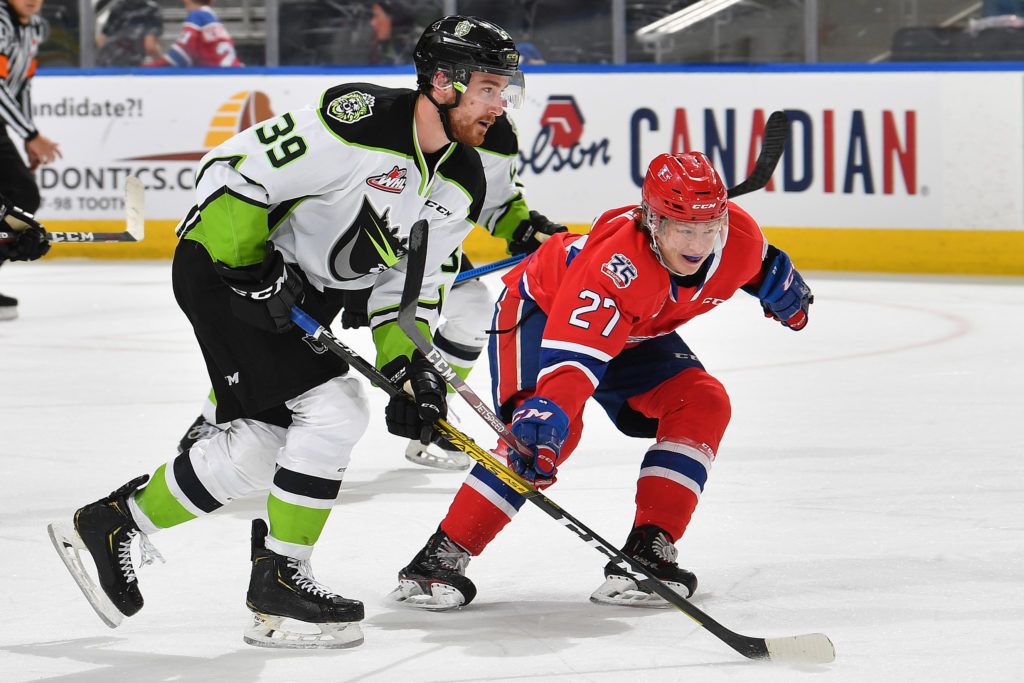 If losses teach lessons, then the Edmonton Oil Kings stand to learn a lot from their one and only meeting against the Spokane Chiefs this season.

It marked just the second time this season the Oil Kings were tagged for six goals in a game, the other back on November 5 vs. the Prince Albert Raiders in a 6-3 loss.

Tonight’s game was just the fourth regulation loss on home ice for the Oil Kings this season. 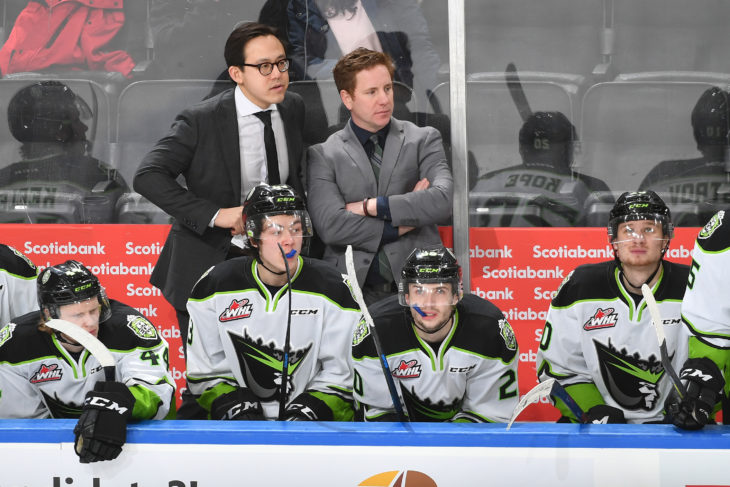 The game also signaled the final time Edmonton would face an opponent outside their division, as their final six games of the regular season [Swift Current, Medicine Hat, Lethbridge (x2), Red Deer (x2)] each come against Central Division foes.

Sebastian Cossa (21-5-2-1) suffered the loss in goal despite making 34 saves in his first game action since February 25.

It was a night that was circled on the calendar of one Oil King in particular, as 20-year-old Ethan McIndoe faced off against his former team for the first time in his five-year WHL career after being acquired from Spokane in September. McIndoe dressed as a member of the Chiefs for 286 regular season and playoff games, combined, from 2015-19.

The Chiefs thought they opened the game’s scoring in the early stages of the first frame, but the puck deflected off the mask of Cossa before finding the back of the net, so it was ruled no goal.

Instead it was the Oil Kings who took the first lead of the game, as a loose puck in the Chiefs crease was pounced on by Wyatt McLeod for his third of the season – and second in his last three games – giving Edmonton a 1-0 lead at 14:40, from Dylan Guenther and Jake Neighbours. 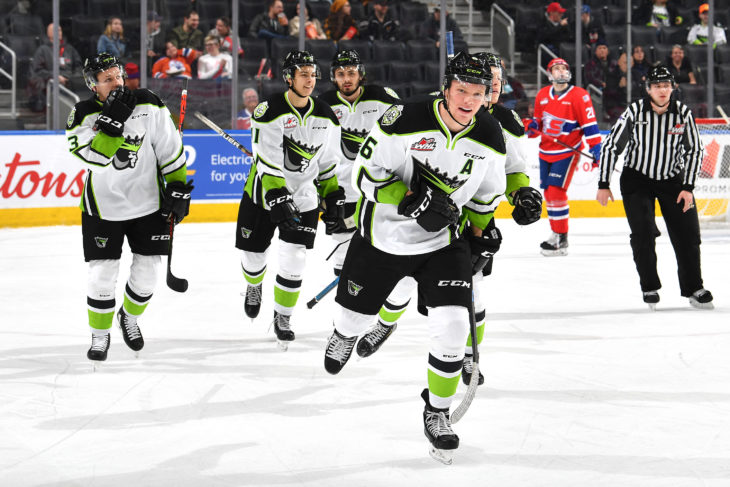 It was the lone goal of the first period, which saw Spokane control shots, 14-9.

Two minutes later they added to their lead, making it 3-1 on Leif Mattson’s 20th of the campaign, then the second period onslaught continued at 9:34 as Jack Finley rounded out the Spokane offence in the middle frame. 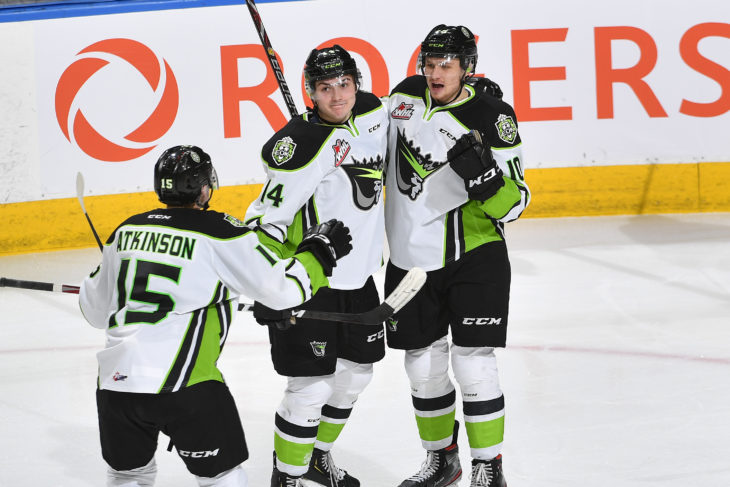 In the third, the Oil Kings cut the Chiefs lead in half, making it 4-2 after Vladimir Alistrov tipped a Samuel Stewart shot from the right point at 8:21, but it was as close as the home team would come to closing the gap as the visitors added another pair; Finley’s second of the game at 13:41, and Noah King’s sixth of the season at 19:33 to secure the 6-2 final.

Spokane was 1-for-4 on the power play, while Edmonton was 0-for-2 with the man advantage.

Before puck drop, Ethan McIndoe was awarded the Blue Willow Restaurant/Vic Mah Trophy as Unsung Hero for the month of February.

Head Coach Brad Lauer was absent during Wednesday’s game due to illness.

The Oil Kings are back in action on home ice on Friday, March 6 when they host the Swift Current Broncos for Superhero Night at 7:00 PM MT.