MENU
THE WESTERN HOCKEY LEAGUE HAS UPDATED ITS RETURN TO PLAY PLAN FOR THE 2020-21 SEASON
September 24, 2017 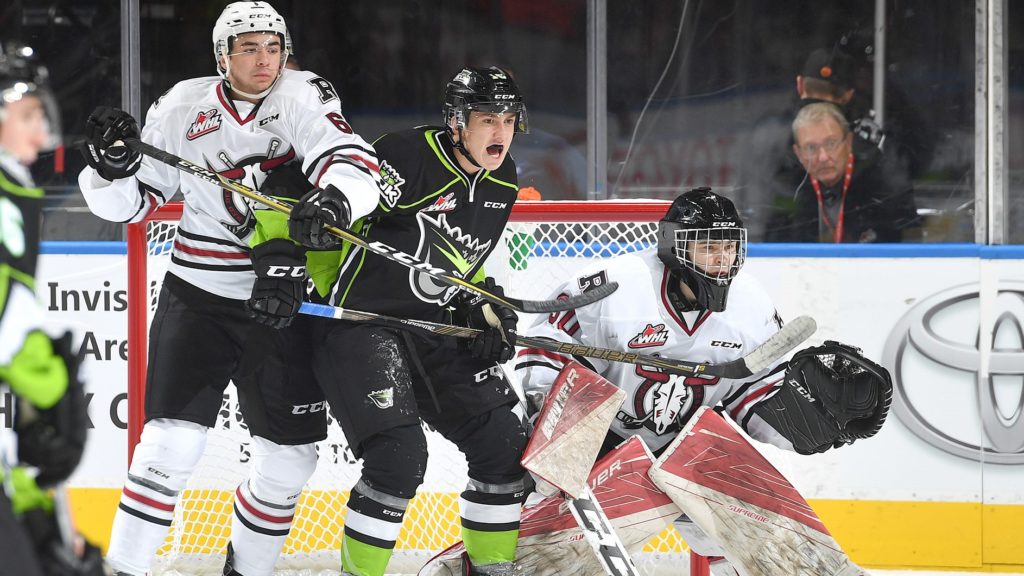 The Red Deer Rebels came into Rogers Place Sunday afternoon and spoiled the Edmonton Oil Kings home opener scoring three times on the man advantage and an empty netter on route to a 5-3 win.

The Oil Kings scored two of their own on the PP but could not hold on to a couple of two-goal leads and dropped both games to Red Deer to start the 2017-18 season.

Kobe Mohr led the way with a goal and a helper and Davis Koch, Trey Fix-Wolansky and Will Warm all extended their modest two-game point streaks.

Travis Child went by the old saying, “you have to be good to be lucky and lucky to be good”, when he got a piece of a rebound while laying down before it hit the post and trickled on the goal line. He was able to secure it with his pad on the line despite a flurry of Rebel sticks jamming at him.

The Rebels started the 3rd period on the powerplay and 49 seconds in they score off a rebound when Reese Johnson buries one past Child to make it 3-3. That would be the first time the Oil Kings didn’t have a lead and 10 minutes later the Rebels scored again on the PP, which was the eventual game-winner.

PLAYER OF THE GAME:

Kobe Mohr was a force all night checking the Rebels incessantly and also had a goal and an assist in the losing effort.