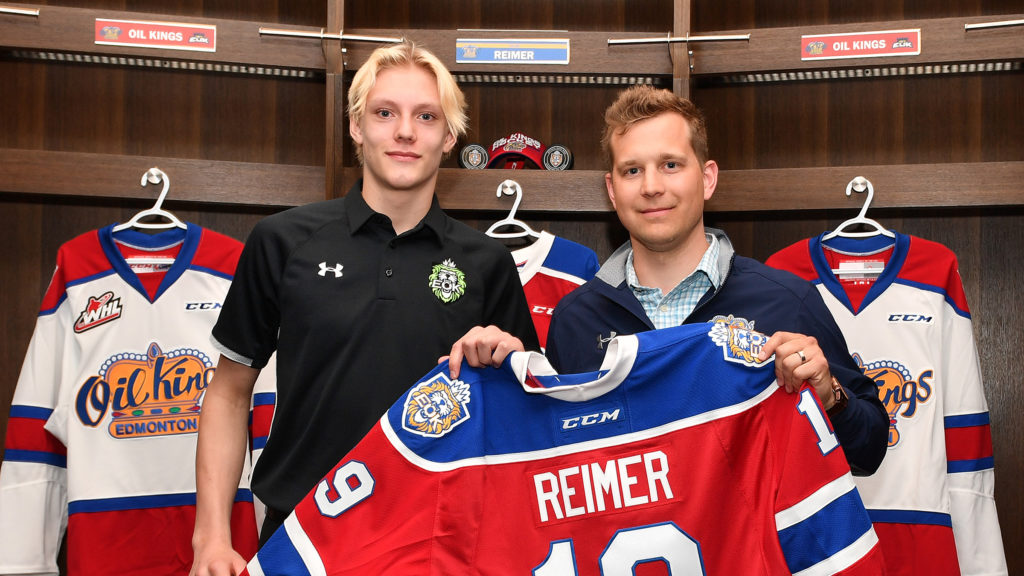 Edmonton, AB – Edmonton Oil Kings prospect Caleb Reimer has been invited to Hockey Canada’s virtual national under-17 development camp, set for July 19-25, in preparation for the 2020 World Under-17 Hockey Challenge, presented by TELUS, in Charlottetown and Summerside, PEI, in November.

Hockey Canada also announced support staffs for all three Canadian teams, which includes Oil Kings President of Hockey Operations and General Manager Kirt Hill as Director of Operations for one of these teams.

In total, 12 goaltenders, 37 defencemen and 64 forwards will be split into six teams for the week-long virtual camp, participating in a variety of sessions with a focus on player development through online education.

Caleb Reimer is a 6’2”, 161-pound forward who has played at the Delta Hockey Academy in Delta, BC, for the past three seasons, posting 35 points (17G, 18A) in 36 games with the prep team this past season.

The native of Surrey, BC was the Oil Kings’ first round selection, 18th overall, in the 2019 WHL Bantam Draft.

Kirt Hill has just completed his second season as President of Hockey Operations and General Manager for the Edmonton Oil Kings, leading the team to two first-place finishes in the Central Division, also reaching the 2019 WHL Eastern Conference Final, losing to the eventual WHL champions, the Prince Albert Raiders. This will mark his first opportunity with Hockey Canada’s Program of Excellence in a staff capacity.

The Winnipeg, MB native joined the Oil Kings after one season as a scout with the NHL’s Chicago Blackhawks. Hill has a wealth of Western Hockey League experience, having worked for the League from 2014-17 in the role of Manager of Player Development and Recruitment, as well as Director of Hockey Operations. Prior to his time at the WHL head office, he worked as a member of the Ottawa Senators marketing department during the 2013-14 season.

Hill was drafted in the second round, 40th overall by the Kelowna Rockets in the 2003 WHL Bantam Draft. He spent two and a half seasons with the Rockets which culminated in a WHL Championship in 2005 before suiting up for the Regina Pats from 2006-08. Prior to his time in the WHL, he won gold with Team Canada West at the World Under-17 Hockey Challenge in 2004.