MENU
THE WESTERN HOCKEY LEAGUE HAS UPDATED ITS RETURN TO PLAY PLAN FOR THE 2020-21 SEASON
November 1, 2019 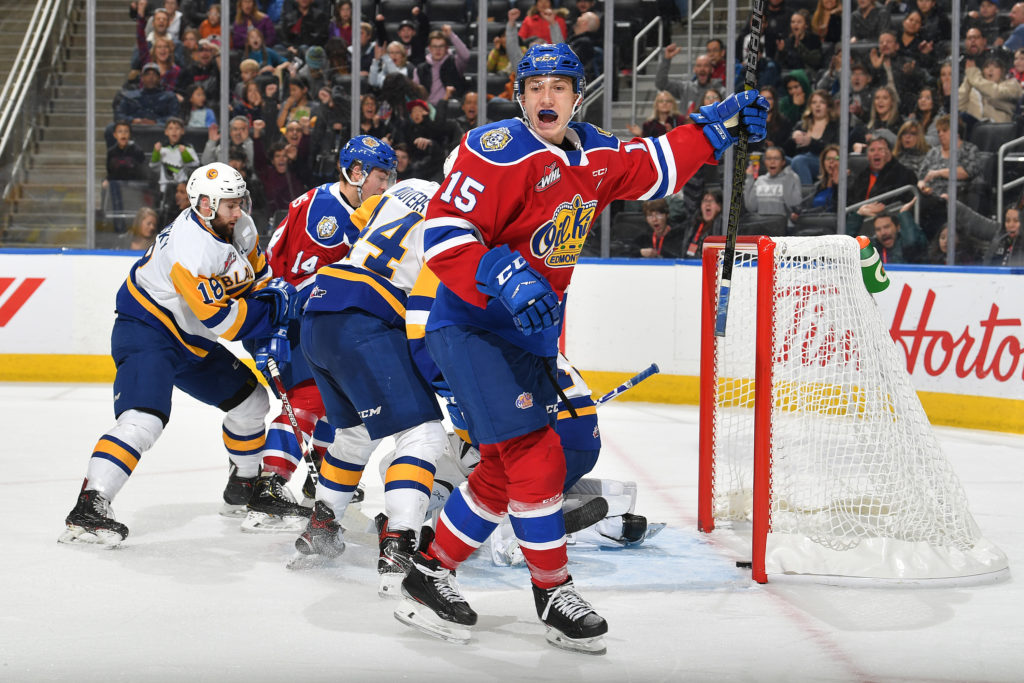 The Edmonton Oil Kings keep finding ways to prove why their ranked as one of the best teams in the Canadian Hockey League.

The Oil Kings took a 2-0 lead with goals just 2:43 apart in the latter part of the opening period, but the Blades answered back with a pair of second period goals, followed by a disastrous shorthanded breakaway goal in the third period to take a 3-2 lead.

But the Oil Kings never-say-quit attitude saw them again score in quick succession in the third – two goals in 1:59 – to tie the game, 3-3, then take the 4-3 lead, and eventual victory.

Sebastian Cossa flawless record to start his WHL career remained intact, improving to 5-0-0-0 by way of 26 saves on 29 shots.

His counterpart, Nolan Maier (6-6-1-1), took the loss in goal for Saskatoon, surrendering four goals on 35 shots.

Josh Williams hot streak continued Friday, as the Langley, BC native tallied a pair of goals and extended his point scoring streak to six games (5G, 5A = 10 points).

Billet brothers Scott Atkinson (1G, 1A) and Vladimir Alistrov (2A) each registered multi-point games in the win, while Jake Neighbours chipped in offensively with a goal and a tie (with Williams) for the team-high in shots on the night with five.

Neighbours and linemate Riley Sawchuk teamed up to get the Oil Kings on the board first, as Sawchuk drove to the net and Neighbours finished the play with a tap-in goal for his third of the year. Winger David Kope earned the second assist on the goal at 15:56 of the first period.

Before the opening 20 minutes were complete the Oil Kings extended their lead to 2-0, as Williams tallied his seventh of the season with the team on the man advantage, from Atkinson and Alistrov, at 18:39. 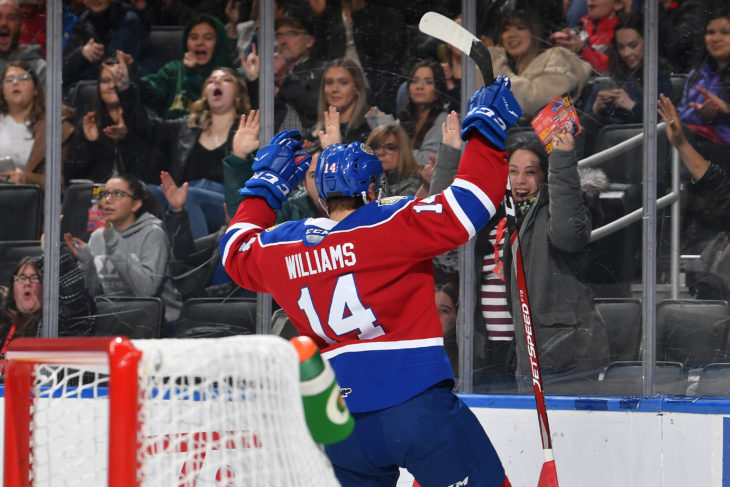 Shots on goal in the opening frame favoured Edmonton, 11-7.

Just over eight minutes into the second period, the Oil Kings were forced to face a 5-on-3 disadvantage for 1:07 after back-to-back cross checking penalties, but the home team successfully killed the infractions, maintaining their two-goal lead.

However, just 42 seconds later the Blades managed to come within one, as a shot from the top of the right circle somehow found a narrow space between Cossa and the crossbar to make it 2-1, at 11:47.

At 14:38, while on their fourth power play opportunity of the game, Saskatoon erased the deficit to make it 2-2 which is how the score would remain after 40 minutes of play.

Shots on goal in the second period were 14-10, Saskatoon, and 21-21 entering the third period.

The Oil Kings appeared poised to regain the lead when the Blades were called for too many men nearly five-and-a-half minutes into the final period. But instead, it was Saskatoon who forced a turnover at their blue line which sprung Eric Florchuk into the Edmonton end on a shorthanded breakaway, eventually giving the visitors the 3-2 lead at 6:19.

The home team bent, but they didn’t break. Approaching the midway point of the period the game was once again tied as Williams potted his second of the night and eighth of the season to make it 3-3, from Alistrov and Conner McDonald.

Just 1:59 later they scored again, this time a tip from captain Atkinson for his fifth of the year, assisted by Logan Dowhaniuk, at 11:56 to cap off the third period, come-from-behind win. 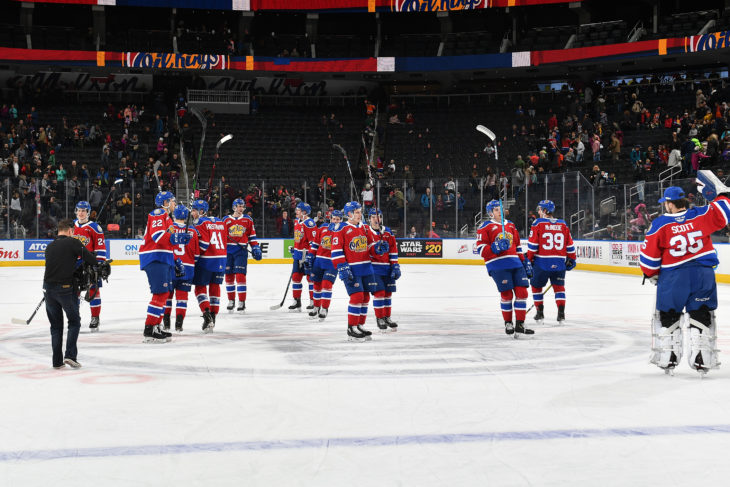 Final shots on goal were 35-29, Edmonton, which included a 14-8 edge for the Oil Kings in the third period.

The game also marked the return of defenceman Jacson Alexander, who was sidelined for the last four contests following a collision in a game versus the Calgary Hitmen on October 12.

Before puck drop, Wyatt McLeod was awarded the Blue Willow Restaurant/Vic Mah Trophy as Unsung Hero for the month of October. 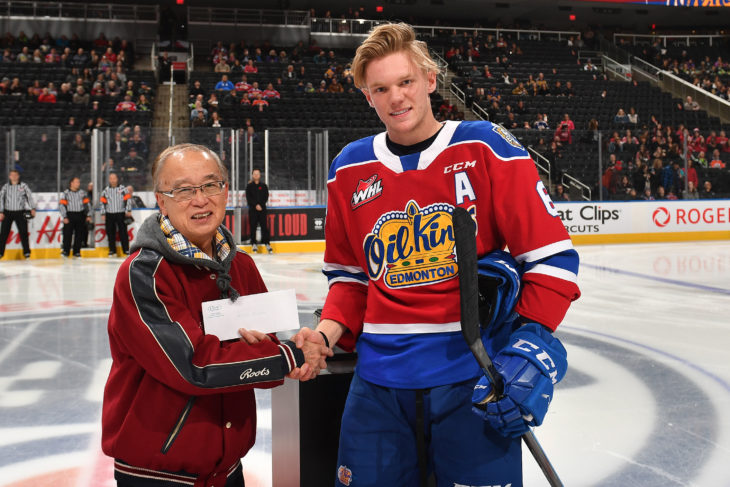 Saskatoon was 1-for-5 on the power play and added a shorthanded goal while Edmonton went 1-for-1 with the man advantage.

The Oil Kings round out the weekend’s action with a trip to Calgary to take on the Hitmen on Sunday, November 3 at 2:00 PM. They return home to Rogers Place in short order to host the Prince Albert Raiders on Tuesday, November 5 at 7:00 PM MT.