MENU
THE WESTERN HOCKEY LEAGUE HAS UPDATED ITS RETURN TO PLAY PLAN FOR THE 2020-21 SEASON
February 15, 2019 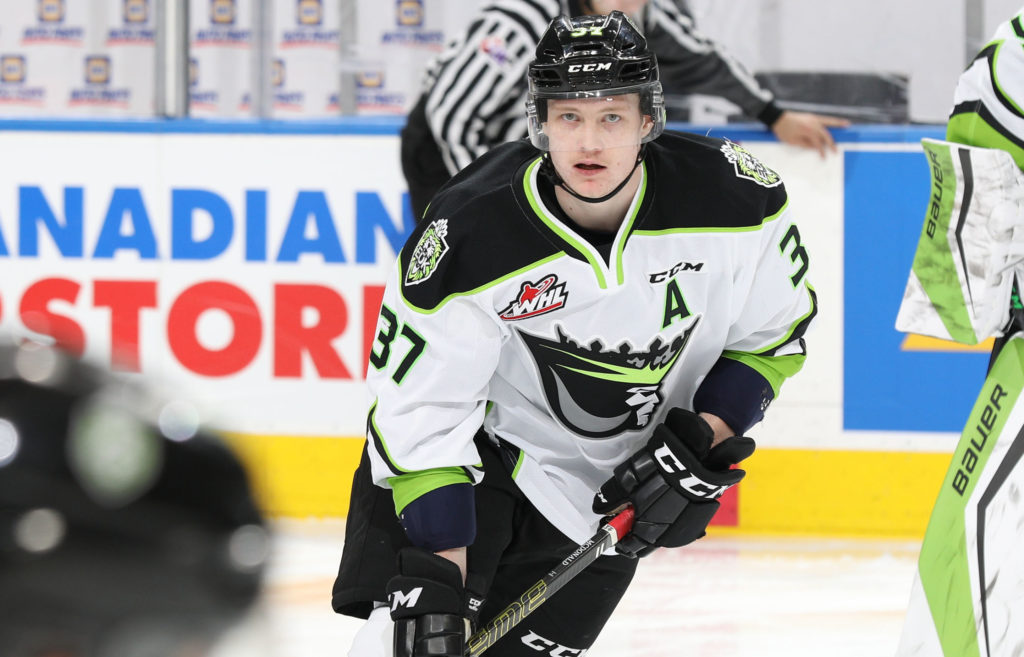 The end of the three-in-three road trip didn’t go to plan for the Edmonton Oil Kings on Friday night.

The Pats took a 1-0 lead into the first intermission, then added two more goals in the second – scoring both special teams goals – then added another in the third to gain just their eighth win in 27 games on home ice.

Austin Pratt’s 21st of the season opened the scoring and gave the Pats a 1-0 lead, which is how things would stand heading into the first intermission.

Shots on goal during the first 20 minutes of play favoured Edmonton by a 13-9 margin.

In the second period, Riley Krane notched his 12th of the season at 10:24 to give Regina a 2-0 lead, then just over four minutes later Carter Massier made it 3-0 with a shorthanded goal, unassisted, at 14:55.

Garrett Wright rounded out the scoring with his fourth goal of the campaign at 10:22 of the third period, securing the 4-0 win. It marked the first win at home for the Pats since January 25, which was coincidentally another 4-0 win, against the Brandon Wheat Kings.

Regina was 1-for-4 on the power play, while Edmonton finished the game going 0-for-5 with the man advantage.

The Oil Kings return home to Rogers Place for their next home game to host the Medicine Hat Tigers for Star Wars Night on Family Day, Monday, February 18 at 2:00 PM MT.