Robertson to be Honoured Friday for Hlinka Gretzky Gold 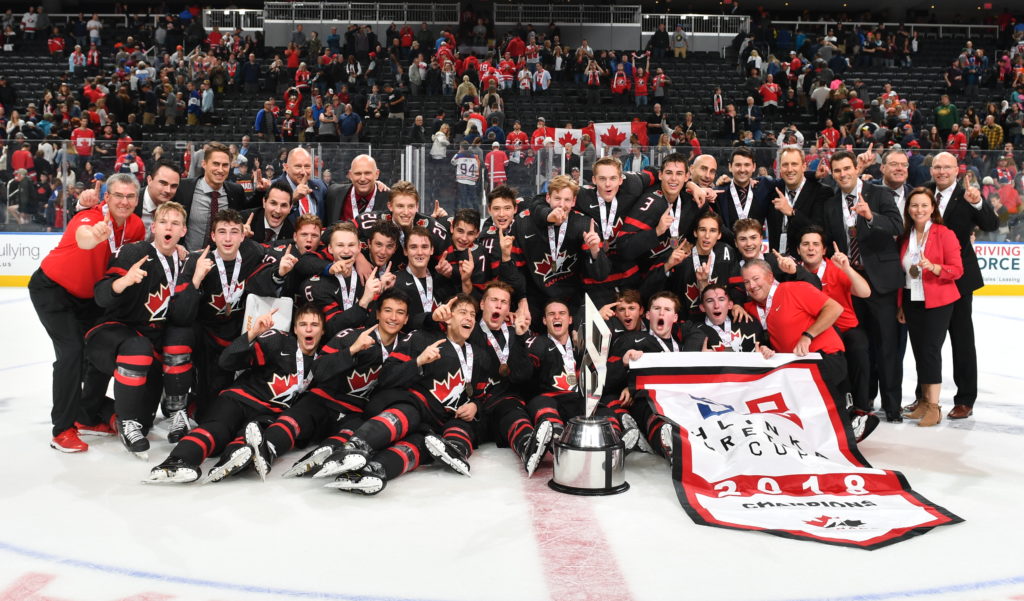 Join us at Rogers Place this Friday, September 28 as we host a special presentation prior to puck drop when the Edmonton Oil Kings take on the defending WHL champion Swift Current Broncos at 7:00PM MT.

The pregame ceremony will be to honour and congratulate Oil Kings defenceman Matthew Robertson, who was a member of the gold medal winning Team Canada during the 2018 Hlinka Gretzky Cup which took place here at Rogers Place in August.

Team Canada found their way into the tournament finale after a thrilling last-second, game-tying goal versus the United States followed by an exhilarating 6-5 overtime win. They defeated Sweden, 6-2, to skate to victory in the gold medal game.

The Hlinka Gretzky Cup features the premiere under-18 players from some of the world’s greatest hockey nations, including Canada, Czech Republic, Finland, Russia, Slovakia, Sweden, Switzerland and the United States. Many tournament alumni have gone on to become stars in the NHL, including Sidney Crosby, Steven Stamkos, Ryan Nugent-Hopkins, Jesse Puljujarvi and Carey Price.

Tickets to Friday’s game – and all Oil Kings home games this season – are still available with great seats starting at just $20. Visit OilKings.cafor more information or to purchase.