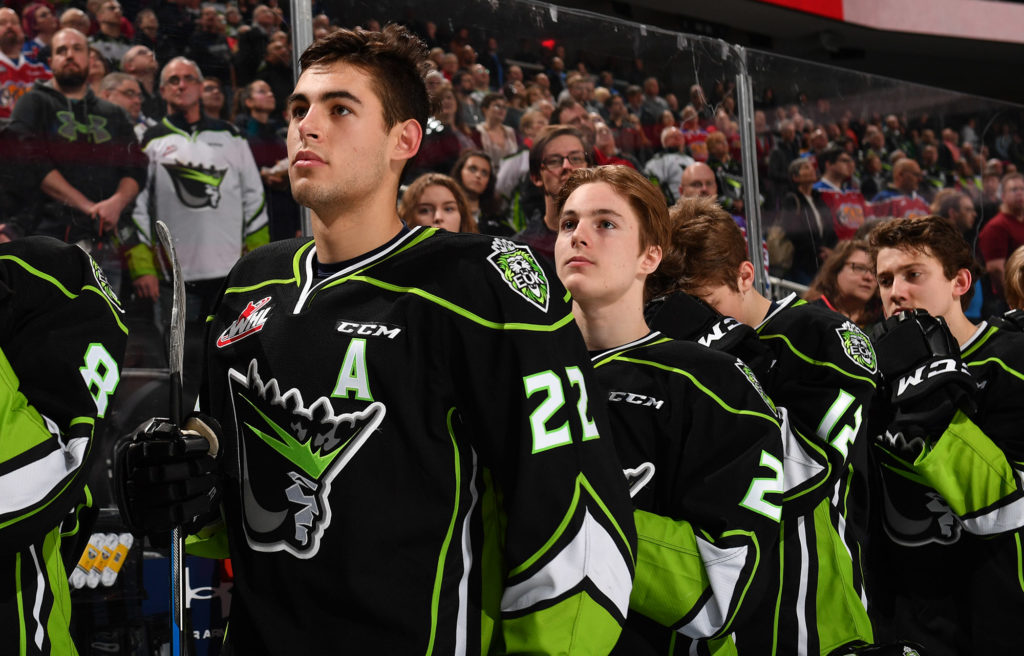 Oil Kings defenceman Matthew Robertson will dress as a member of Team Cherry during the game, which takes place on Wednesday, January 23 in Red Deer, Alberta.

Team Cherry will be coached by Ron MacLean alongside Dave Hunter and Brent Sutter, while Team Orr is to be coached by Kelly Hrudey with Robyn Regehr and Marc Habscheid.

A total of 40 players from across the Western Hockey League, Ontario Hockey League, and Quebec Major Junior Hockey League were selected by NHL clubs to compete in the 24th annual Top Prospects game; a showcase of draft eligible talent.

The teams are named in recognition of event builders and hockey icons Don Cherry and Bobby Orr who were instrumental in the success of the event when it was first introduced in 1996.  Since 2006, the winning team has been presented with the Don Cherry and Bobby Orr CHL/NHL Top Prospects Game Trophy engraved with the names of every player to ever participate in this prestigious event.  Teams wearing the Orr crest carry an overall record of 13-6 while Team Cherry holds an all-time record of 7-13 with the extra victory opposite Team Davidson in 2005.

Tickets are still available and can be purchased via reddeerrebels.com or ticketsalberta.com.  For further ticket details please contact the Rebels office at 403-341-6000.

The 2019 Sherwin-Williams CHL/NHL Top Prospects Game is proudly supported by title partner Sherwin-Williams, and CHL associate sponsors CIBC, Kia Canada, Cooper Tires, and Kubota Canada.  The game will be broadcast live across Canada on Sportsnet and TVA Sports, and in the United States on NHL Network.

Ask Sherwin-Williams™
For 150 years, Sherwin-Williams has been an industry leader in the development of technologically advanced paint and coatings. As North America’s largest specialty retailer of paint and painting supplies, Sherwin-Williams is dedicated to supporting both do-it-yourselfers and painting professionals with exceptional and exclusive products, resources to make confident colour selections and expert, personalized service at its more than 4,000 neighbourhood stores. For more information, visit sherwin-williams.ca. Join Sherwin-Williams on Facebook, Twitter, Pinterest, Instagram, LinkedIn and Tumblr.