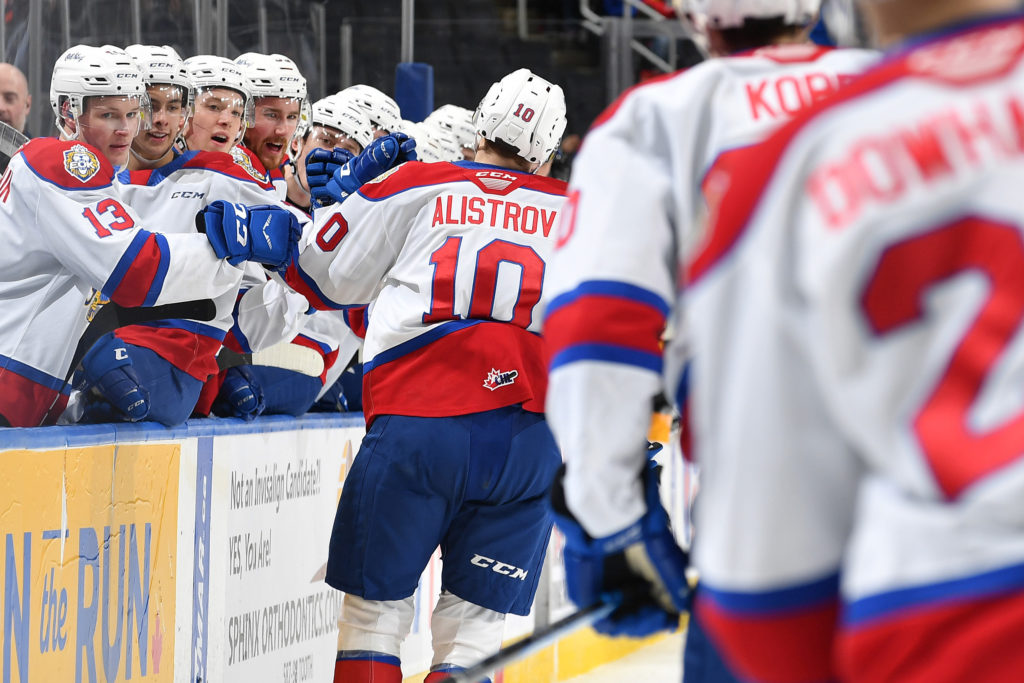 After a string of 10-0-0-1 by the Brandon Wheat Kings, and a recent ride of 7-0-1-1 by the Edmonton Oil Kings, two points weren’t the only thing on the table heading into action on Tuesday night; pride and bragging rights were right there beside them.

Come the end of the midweek tilt, it was Edmonton who laid their claim as Kings of the castle. 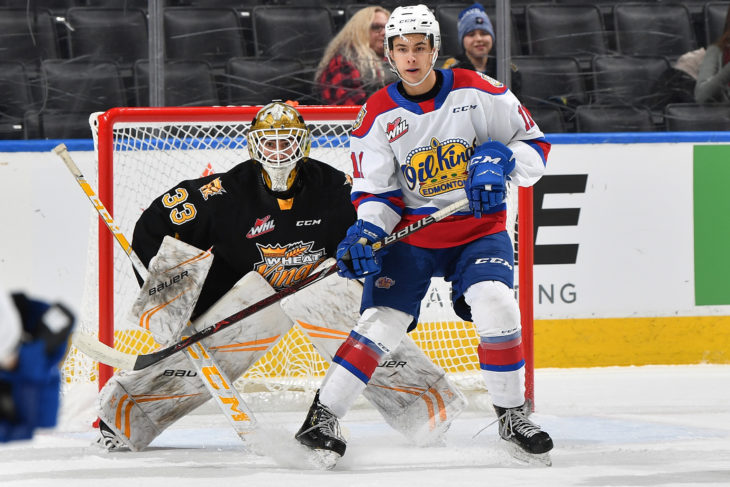 Matthew Robertson (1G, 1A) and Dylan Guenther (1G, 1A) were the other goal scorers for the Oil Kings, who handed the Wheat Kings their first regulation loss in 12 games (10-1-0-1), and now their second straight defeat.

Brandon took a 1-0 lead midway through the game’s opening period, but it seemed to signify a wake-up call to the home side, who answered with four straight goals – two in the first and two in the second – and were never seemingly threatened after that point.

Jiri Patera (16-8-1-2) took the loss in goal, surrendering each of the Oil Kings six goals which came on 35 total shots.

The Wheat Kings opened the scoring at 9:40 of the first period, but the Oil Kings answered back with an ensuing power play just under four minutes later. 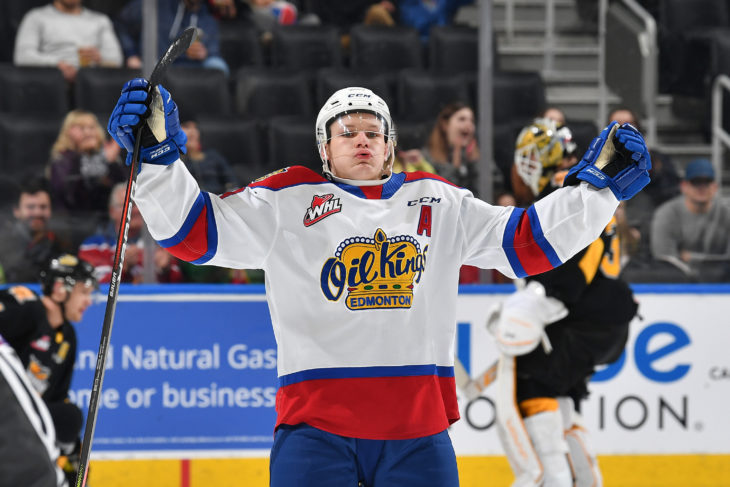 Sawchuk tallied his first of the night and 21st of the season, from Neighbours and Ethan McIndoe – who finished with a game-high eight shots on goal – to even the score, 1-1, at 13:26.

With two and a half minutes to play in the frame Sawchuk struck again, giving the Oil Kings a 2-1 lead after blasting a one-timer from the hashmarks, assisted by Guenther and Keagan Slaney, to round out first period scoring at 17:30.

Shots on goal in the opening 20 minutes favoured Edmonton, 16-11.

In the second, Alistrov brought the crowd to its feet as he danced in on a breakaway attempt and buried the puck past Patera for his first of the night and 14th of the season. The goal doubled as the fourth goal this season scored during the Popeyes Chicken Minute, sending everyone in attendance home with free chicken and a biscuit, courtesy of Popeyes.

With 3:03 left to play in the period Alistrov notched his second of the night – and fourth straight goal for the home side. David Kope dished a beautiful, behind-the-back pass to Alistrov who outlasted the Brandon netminder at 16:57 to extend the Oil Kings lead to 4-1.

Just over five minutes into the third Jake Chaisson tallied his third of the campaign to once again make it a two-goal game, 4-2, but the Oil Kings padded their lead and didn’t look back, starting with Robertson.

The defenceman from Sherwood Park, AB earned his 11th of the season by his penchant for pinching, putting stick to puck from just above the goal crease – from Sawchuk and Neighbours – to make it 5-2, Edmonton at 8:03. 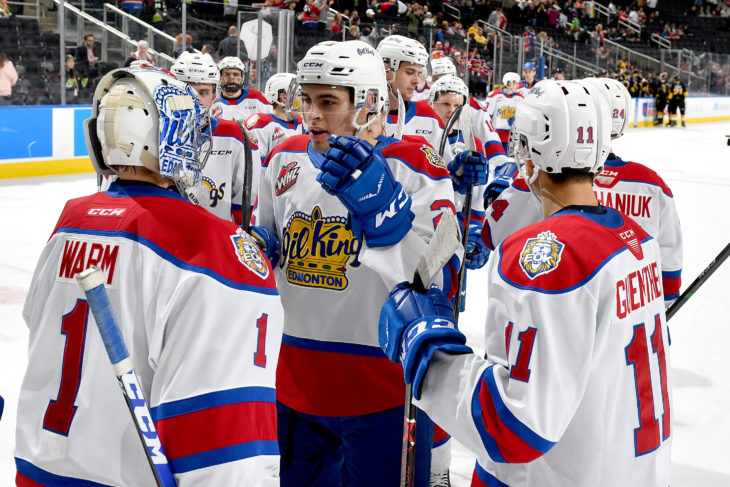 The final goal of the game rivaled Alistrov’s second as highlight of the night, as Guenther burst through the neutral zone, into the offensive end and broke through three Wheat Kings before burying the puck past Patera for his 19th of the season, from Robertson, at 10:42.

Brandon was 0-for-3 on the power play, while Edmonton was 1-for-4 with the man advantage.

The Oil Kings continue their six-game home stand on Saturday, February 1 when they host the Winnipeg ICE at 7:00 PM MT for United Against Cancer.