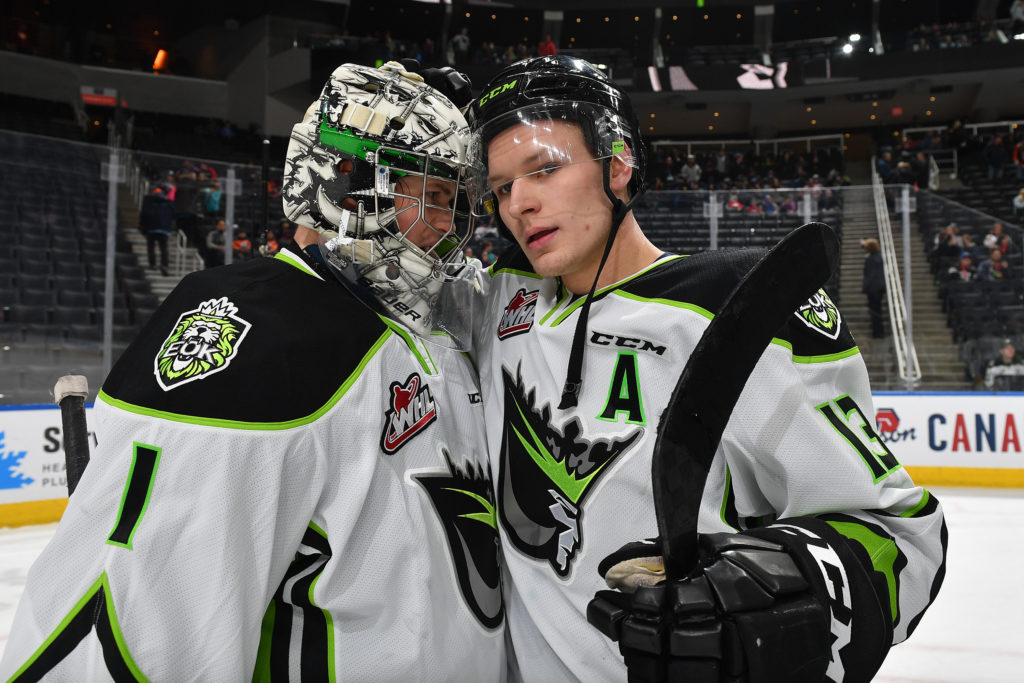 Riley Sawchuk was in on all four Oil Kings goals – an assist on Matthew Robertson’s game opener, followed by his first career WHL hat trick – to cap off a memorable night and a First Star performance.

It was an integral win against a Medicine Hat team that entered today’s game trailing the Oil Kings by seven points in the Central Division, with two games in hand. 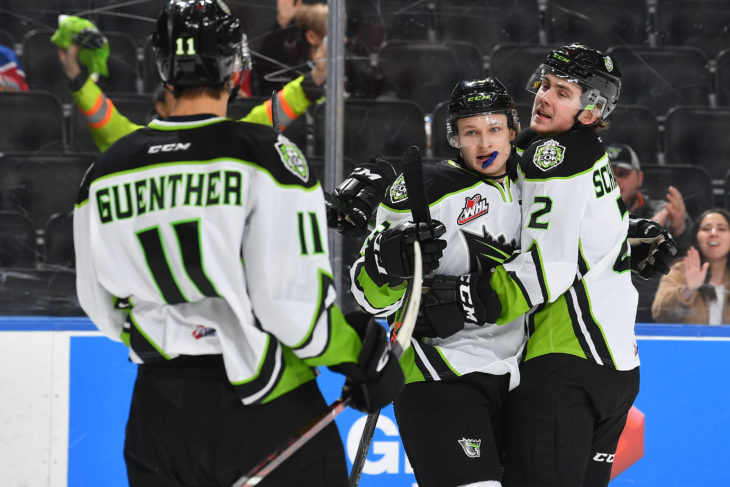 Robertson opened the game’s scoring, giving the Oil Kings a 1-0 lead, assisted by Sawchuk and Logan Dowhaniuk at 3:56.

The Tigers responded at 13:45, sending the game into the first intermission tied, 1-1.

Shots on goal through the first 20 minutes of play favoured Medicine Hat, 10-9.

Lukas Svejkovsky scored his second of the game 3:52 into the second period to give Medicine Hat a 2-1 lead.

After entering the Medicine Hat zone, Ethan McIndoe was hauled down by a trailing Tiger and was awarded a penalty shot at 8:53, but was denied by Sogaard.

Medicine Hat maintained their one-goal edge until 30 seconds left in the middle frame, as a nifty pass beneath the goal line from Carter Souch found Sawchuk for his 17th of the year, with Dylan Guenther picking up the second assist at 19:30. 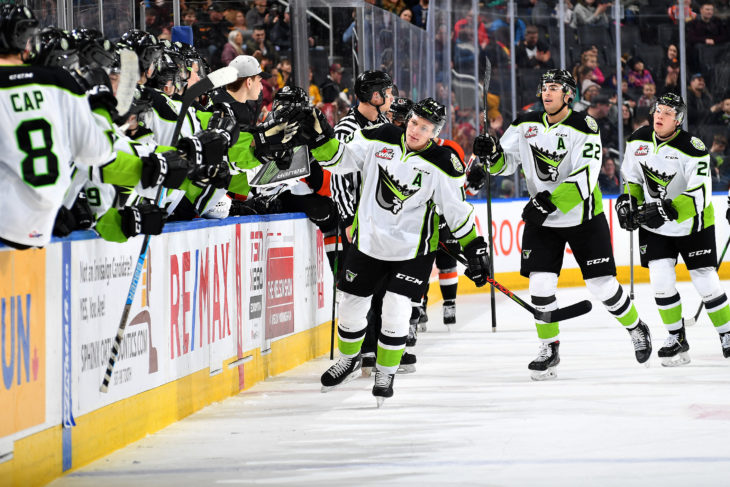 In the third with the Oil Kings on the power play, Sawchuk earned his second goal of the game, firing a one-timer past Sogaard at 7:47 from Robertson and Jake Neighbours.

Medicine Hat was 0-for-4 on the power play, while Edmonton was 1-for-2 with the man advantage.