MENU
THE WESTERN HOCKEY LEAGUE HAS ANNOUNCED ITS RETURN TO PLAY PROTOCOL FOR THE 2020-21 SEASON
September 22, 2019 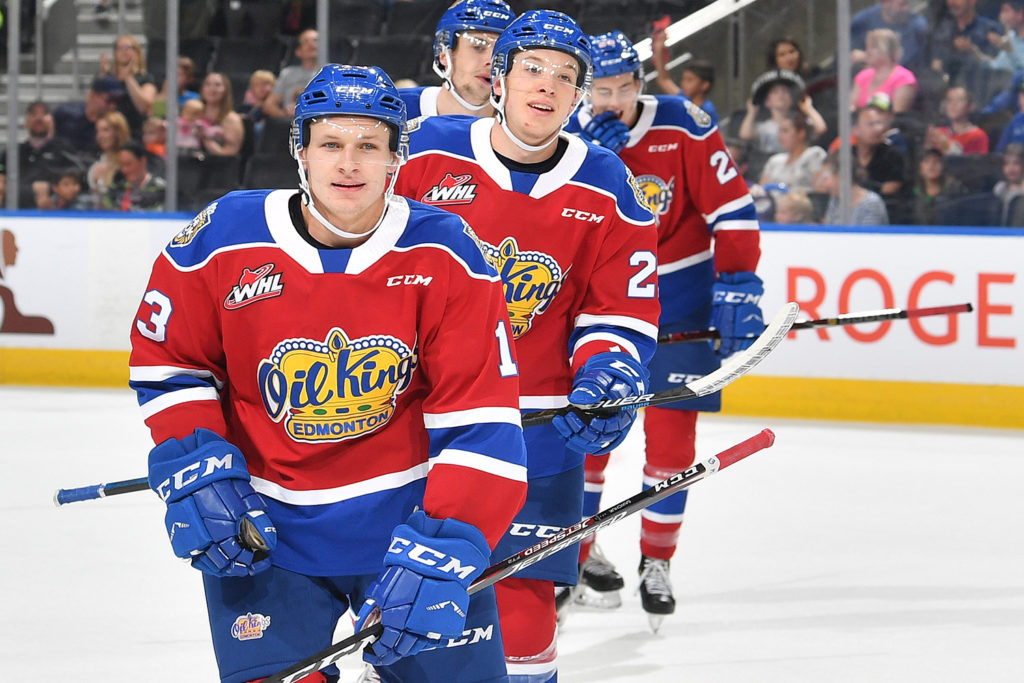 Riley Sawchuk and Jesse Seppälä chose the perfect way to introduce themselves to the fans during their first home game at Rogers Place.

Sawchuk tallied a pair of goals – the first goal of the season at Rogers Place and an empty net, shorthanded goal in the third – and Seppälä scored what proved to be the eventual game winner in the second period.

Liam Keeler was the other Oil Kings goal scorer in the game, which saw 15 total penalties called between the two teams in a testy, divisional affair. 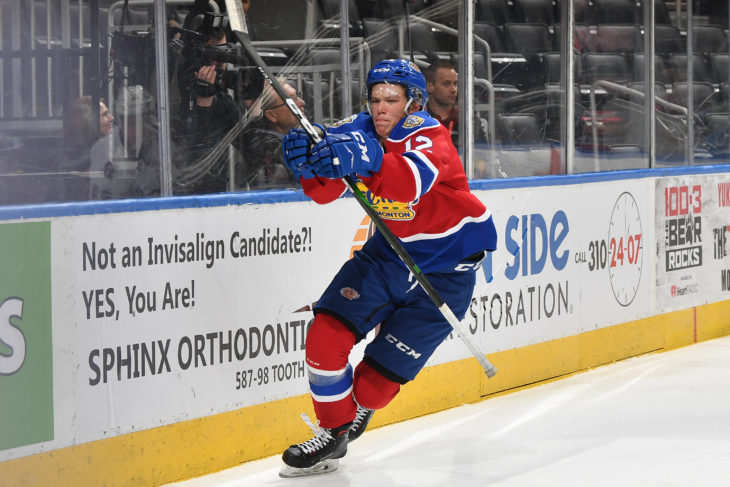 Todd Scott (1-0-0-0) got his first start of the season and earned the win, making 20 saves on 21 shots. The win was also his seventh straight at Rogers Place dating back to the 2018-19 regular season on February 26, 2019 against the Swift Current Broncos.

With just 4:24 remaining in the first period of play Sawchuk who finally opened the game’s scoring to give the Oil Kings a 1-0 lead. Wyatt McLeod and Conner McDonald picked up the assists on Sawchuk’s first as an Oil King at 13:36.

It was the lone goal of the opening frame, which saw Edmonton outshoot Red Deer, 10-5.

In the second period Jesse Seppälä registered his first regular season goal on North American soil, making it a 2-0 game, from Tyler Horstmann and Aidan Lawson, at 5:45 of the second. 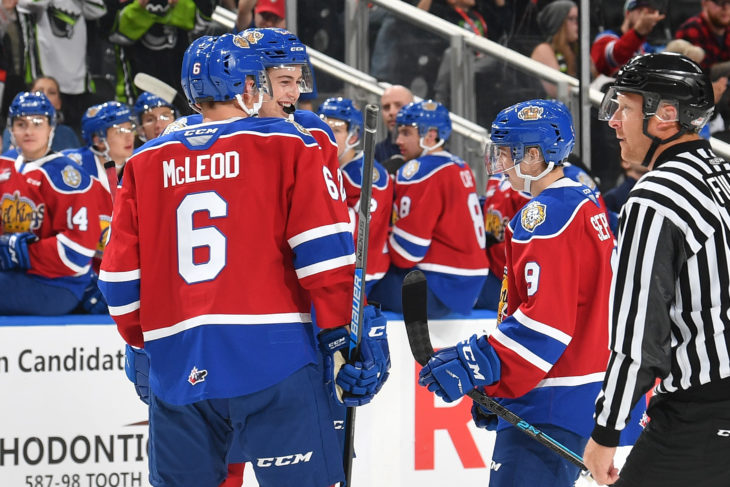 Past the midway point of the game with the Rebels controlling the play, Scott made a stellar, point-blank save but Chris Douglas capitalized on the rebound, cutting the Oil Kings lead in half, 2-1, at 13:34.

But the home team would respond – and during the Popeyes ‘Chicken Minute’, no less – as Keeler buried his first of the season, from Ethan Cap and Conner McDonald just 1:16 later at 14:50, sending everyone in the crowd home with a voucher for free chicken and a biscuit, courtesy of Popeyes.

In the third, the Oil Kings were called for tripping with 1:07 to play, so the Rebels pulled Anders in favor of the 5-on-3 man advantage in an effort to bring themselves to within one. Instead, Sawchuk tallied his second of the game into the empty net, shorthanded and unassisted, to secure the 4-1 win.

Red Deer was 0-for-7 on the power play while Edmonton finished the night going 0-for-8 with the man advantage.

Wyatt McLeod, Ethan Cap and Conner McDonald each wore an “A” and skated as alternate captains to Scott Atkinson.

The Oil Kings are back in action on Friday, September 27 when they travel to Calgary to face the Hitmen at 7:00 PM MT. They host the Lethbridge Hurricanes next Sunday, September 29 at 4:00 PM.