MENU
THE WESTERN HOCKEY LEAGUE HAS ANNOUNCED ITS RETURN TO PLAY PROTOCOL FOR THE 2020-21 SEASON
October 5, 2019 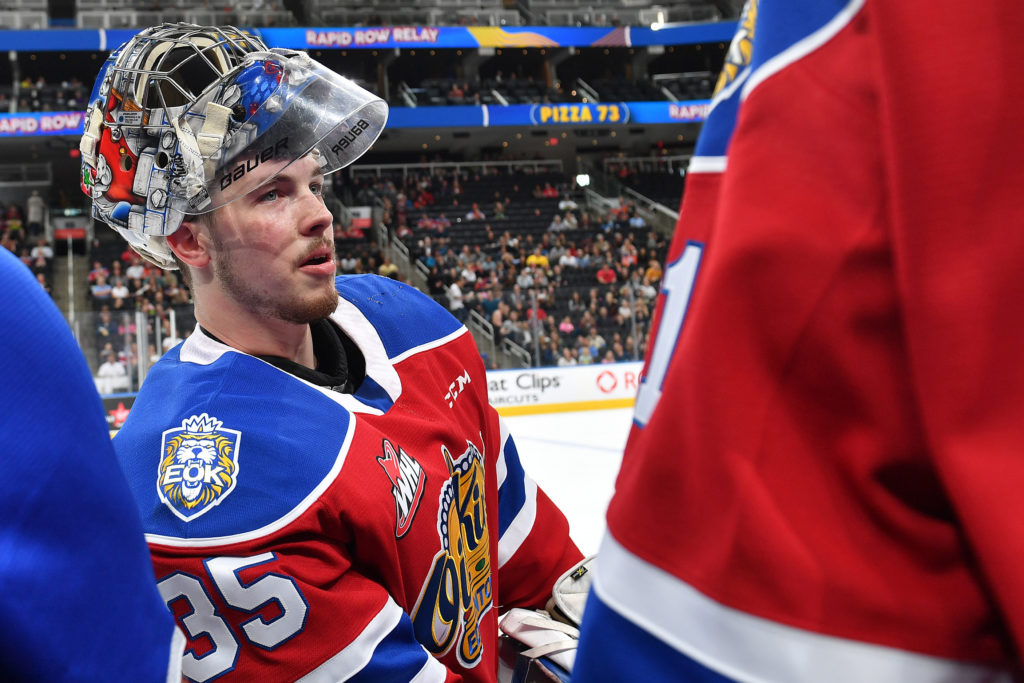 Scott (2-1-2-0) and the Oil Kings were just 1:46 away from posting back-to-back team shutouts when the Wheat Kings spoiled the milestone while on the power play late in the third period.

Ethan Kruger (0-2-0-0) was the starter for the Wheat Kings and took the loss, allowing two goals on 34 shots.

After a scoreless first period the Oil Kings finally took the lead on the power play, as David Kope tallied his third of the season, from Ethan McIndoe, at 14:43.

Moments later, with 4:02 remaining in the second period, it appeared that Brandon had tied the game, 1-1, but upon review of the play it was clear that the Wheat Kings player had used a kicking motion in the crease to direct the puck into the net, therefore the goal was disallowed.

In the third, Scott Atkinson extended the Oil Kings lead to 2-0 at 7:28 after a nice feed on a 2-on-1 with linemate Vladimir Alistrov, with Ethan Cap earning the secondary assist.

The Wheat Kings spoiled Scott’s shutout bid on the power play, cutting the Edmonton lead to 2-1 at 18:14.

Following the goal Brandon pulled Kruger in favour of an extra attacker in an attempt to tie the game, but the visitors held on for their second straight win and third game registering at least a point.

Brandon was 1-for-7 on the power play while Edmonton went 1-for-3 with the man advantage.

The Oil Kings continue their five-game road trip when they face the Regina Pats on Tuesday, October 8 7:00 PM MT. Their next home game at Rogers Place is Saturday, October 12 when they host the Calgary Hitmen at 7:00 PM MT.