MENU
THE WESTERN HOCKEY LEAGUE HAS ANNOUNCED ITS RETURN TO PLAY PROTOCOL FOR THE 2020-21 SEASON
November 16, 2019 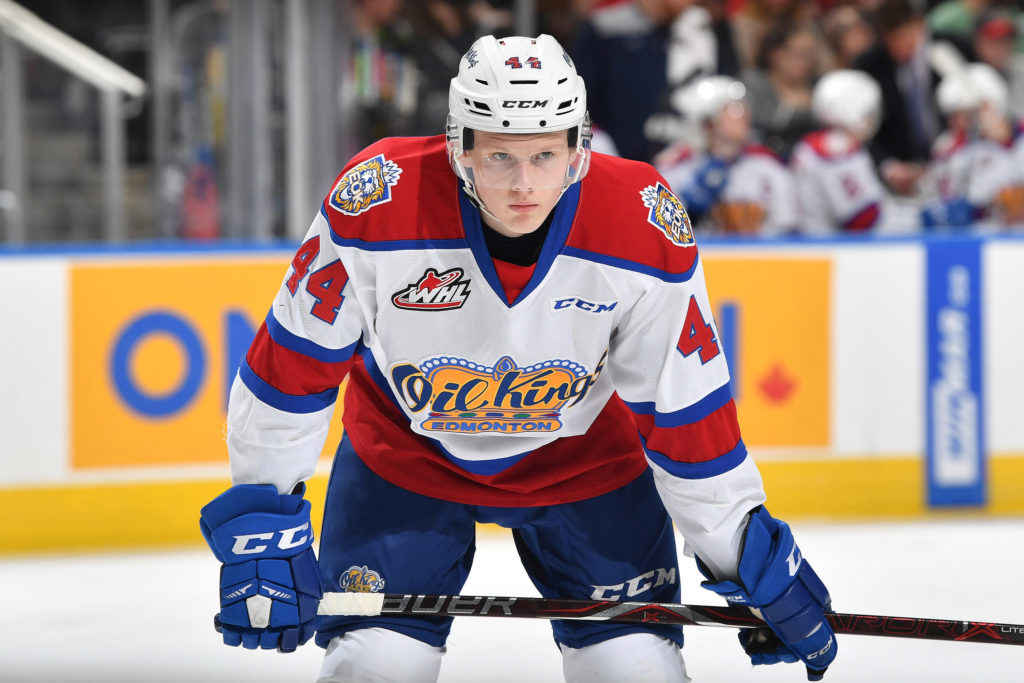 It was advertised as a meeting between two of the Western Hockey League’s top offences, but on Saturday night, only one team lived up to the bill.

Carter Souch was the lone goal scorer on the night for the visitors, and did so while on the power play, which finished 1-for-3 for the Oil Kings. But penalty troubles of their own gave the team fits, as Edmonton was whistled for eight minor penalties in the game.

The Tigers opened the game’s scoring in the final minute of the opening period, as James Hamblin split the Edmonton defence to make it 1-0 Medicine Hat at 19:22, sending the game into the first intermission.

Shots on goal in the first frame were 16-8, Edmonton.

The beginning of the second was disastrous for the Oil Kings as they would surrender a trio of goals in a span of 3:31 in the period’s opening four minutes.

The first came just 21 seconds in, as the Tigers pounced on an Edmonton rebound to take a 2-0 lead.

Just 49 seconds later it was 3-1, as Hamblin tallied his second of the night after being left alone at the side of the goal at 1:08.

At 3:52, Corson Hopwo – who notched the other Tigers goal – picked up his second of the game after breaking in all alone and beating Scott, increasing the home team’s lead to 4-0.

Before the period was out the Oil Kings would get themselves on the board, as a feed by Josh Williams from beneath the goal line found a freshly-sprung Souch from the penalty box who clapped home his seventh of the year. Dylan Guenther, in his first game action since returning from the World Under-17 Hockey Challenge, earned the second assist on the power play goal at 7:35.

In the third, Medicine Hat registered a power play goal of their own, restoring their four-goal lead, 5-1, at 7:49 which would eventually cap off the game’s scoring.

Medicine Hat was 1-for-8 on the power play while Edmonton went 1-for-3 with the man advantage.

The Oil Kings return home in short order to face the Brandon Wheat Kings tomorrow, Sunday, November 17 at 4:00 PM MT at Rogers Place before embarking on their BC road trip.