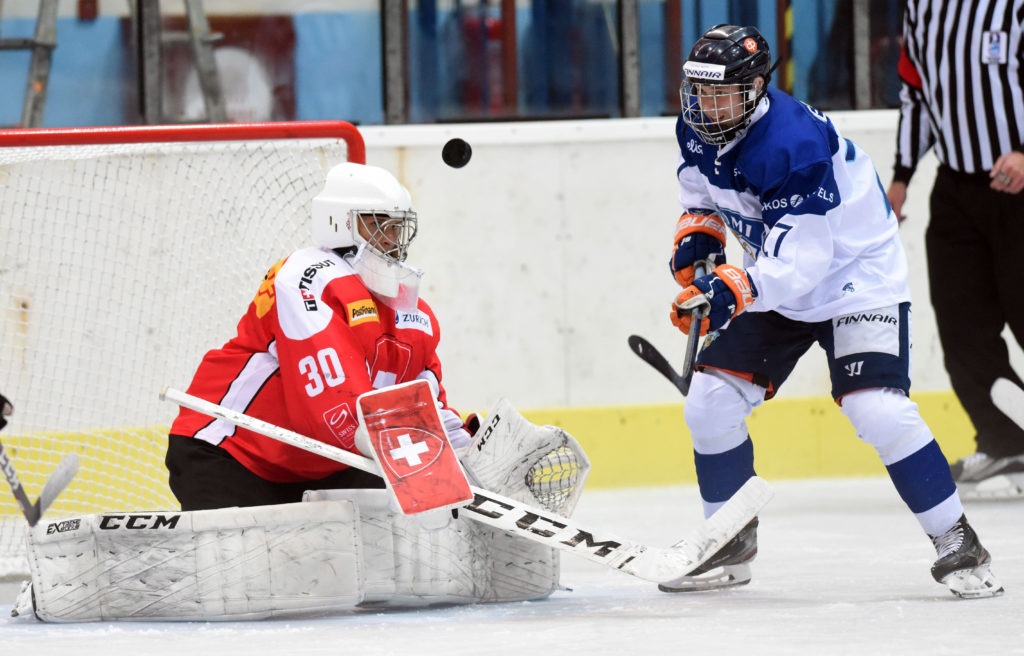 Brad Lambert had three goals and Topi Niemelä added a trio of assists as Team Finland secured their spot in the semi-finals at the 2019 Hlinka Gretzky Cup with a 6-0 win over Switzerland on Wednesday.

Lambert, originally from Kindersley, Saskatchewan, is just 15-years-old and doesn’t achieve his NHL Draft eligibility until 2022. Finland led the Swiss 2-0 after one period of play, 3-0 after two, and added a single tally in the third to skate to the shutout victory.

Shots on goal were heavily in Finland’s favour, finishing 38-19. They finished the game going 3-for-4 on the power play, while Switzerland struggled going 0-for-2.