Medicine Hat, AB – The Edmonton Oil Kings had to settle for a single point after a 4 – 3 shootout loss to the Tigers in Medicine Hat Saturday night.   The Tigers scored a pair of quick goals in the second and the equalizer late in regulation in a contest where the Oil Kings were shorthanded for a third of the game. Edmonton’s picked up 4 of a possible 8 points to start the season.

The Oil Kings came out of the gates storming thanks to a pair of 20-year-old veterans. Josh Lazowksi opened the scoring midway through the first depositing a rebound after a nice rush by Rhett Rachinski. A few minutes later, Rachinski was able to beat Edmonton Oilers draft pick Tyler Bunz with a nifty backhander from the slot to give Edmonton a 2 – 0 lead after 20 minutes.   Slovak surprise Martin Gernat kept up his torrid pace for points with an assist on Rachinski’s goal.   Gernat is second in the league for rookie scoring with 7 points in 4 games.

Kristians Pelss extended the lead just past the midway point of the hockey game on a nice individual effort. The Latvian speedster picked off a pass at centre ice and a burst of speed allowed him to split the defence and slide in a backhand through the five-hole of Tyler Bunz.

Medicine Hat’s comeback was a direct result of a steady parade to the penalty box for the Oil Kings that started 12 minutes into the second period and went right through until the end of the game.   The Tigers enjoyed 9 straight powerplays including a lengthy 5 on 3 and a 5:00 major taken by Klarc Wilson for checking from behind.   Anaheim Ducks first-rounder Emerson Etem scored the only powerplay goal of the hockey game and Dylan Busenius scored 43 seconds later to give the Tigers life. They finally tied it up with 2:46 to go in regulation when Kale Kessy scored his first of the season.

Hunter Shinkaruk and Curtis Valk scored for Medicine Hat in the shootout. Kristians Pelss and Curtis Lazar were unsuccessful in their shootout attempts.     The Oil Kings severely outshot the Tigers 46 – 26 through 65 minutes but settle for a single point in the standings.    Edmonton’s record is now 1-1-2-0 while the Tigers improve to 2 – 2 setting up a 4-way tie for second place in the Central Division between Edmonton, Medicine Hat, Red Deer and Lethbridge.

Next up for the Oil Kings will be the first Wiener Wednesday of the season on October 5th against the Kootenay Ice. Hot dogs will be on sale $2 all night long. Oil Kings hockey is Edmonton’s best family entertainment value. The 2011-12 season features new reduced pricing with great seats starting at just $15 and premium seating locations starting at just $20. The Oil Kings are also proud hosts of this year’s World Junior Hockey Championship.

Oil Kings tickets are available online at OilKings.ca, via phone at 780-414-GOAL (4625) or at any Ticketmaster outlet. 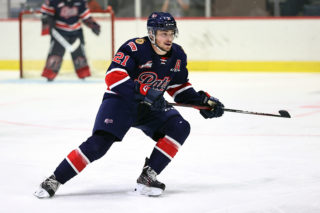 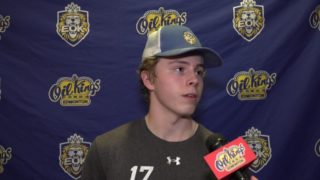 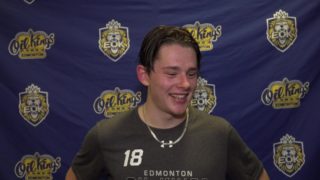 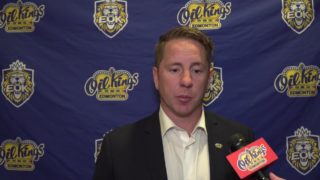 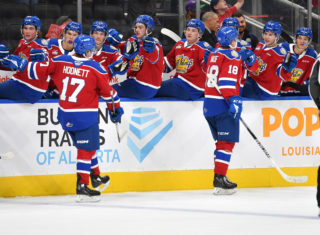 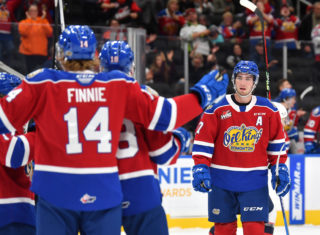