MENU
THE WESTERN HOCKEY LEAGUE HAS ANNOUNCED ITS RETURN TO PLAY PROTOCOL FOR THE 2020-21 SEASON
November 27, 2019 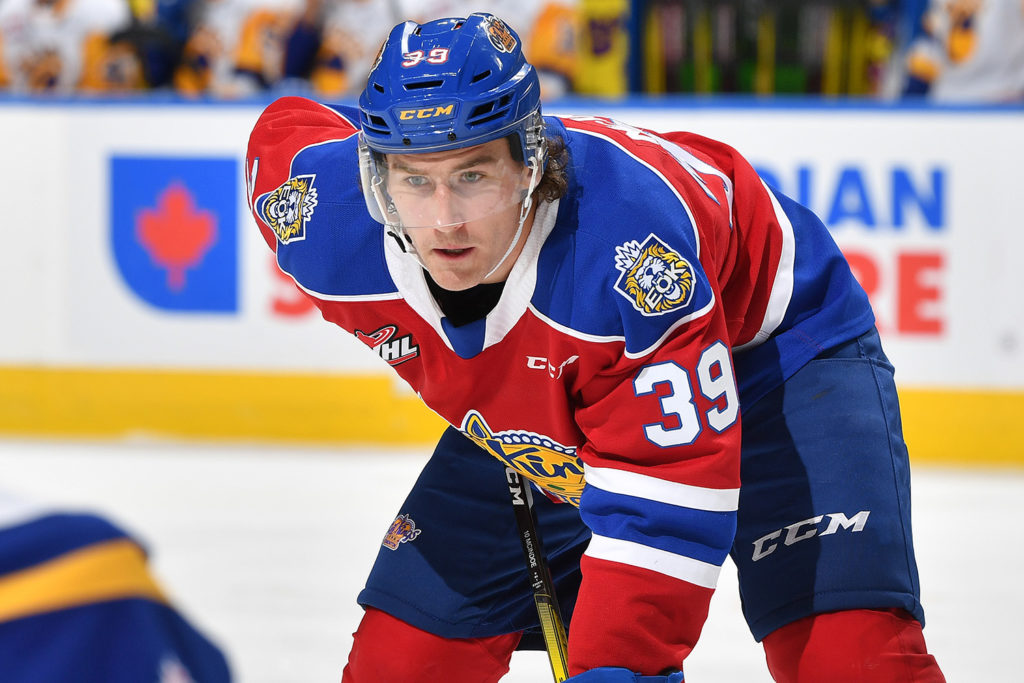 It was a game the Edmonton Oil Kings wanted to win to round out their five-game BC road trip, but a hard-fought effort by the visitors fell just short on Wednesday night.

Overagers Ethan McIndoe (1G, 1A) and Riley Sawchuk (2A) each had two-point efforts for the Oil Kings, who wrapped up the road trip with a 2-2-1-0 record.

Jake Neighbours and David Kope were the other goal scorers on the night for Edmonton, while Todd Scott (7-4-4-1) suffered the loss, surrendering four goals on 31 shots, making 27 saves.

The Blazers took a 1-0 lead just 2:25 into the opening frame, but the Oil Kings would respond in the tail end of the period.

On the power play Edmonton commanded their possession in the offensive zone, corralled by Matthew Robertson who dished the puck to Sawchuk at the point, who fired it on net and was tipped by McIndoe – his fourth of the season – to make it a 1-1 game at the 14:00 minute mark.

Just over a minute and a half later the Oil Kings took the lead, as Neighbours buried a pass from Sawchuk on a 2-on-1 to make it 2-1 Edmonton at 15:39, with Dylan Guenther picking up the secondary assist.

In the second, the Oil Kings added to their lead as Kope produced a turnover at centre ice to score his seventh of the season, with McIndoe earning the lone helper at 5:08 to make it a 3-1 game.

From thereon out, however, it was all Blazers as the home team tallied four straight goals en route to the win.

Kamloops closed out the second period with a pair of even strength goals at 7:10 and 14:03, before a power play goal at 4:30 of the third period and a dagger at 18:33 into an empty net rounded out the game’s scoring.

Kamloops was 1-for-5 on the power play, while Edmonton was 1-for-3 with the man advantage.

The Oil Kings return home to Rogers Place after the five-game, BC road trip to host the Calgary Hitmen on Saturday, November 30 at 2:00 PM MT. They continue their weekend the next day when they host the Regina Pats at 4:00 PM MT for Family Fun Sunday at Rogers Place.