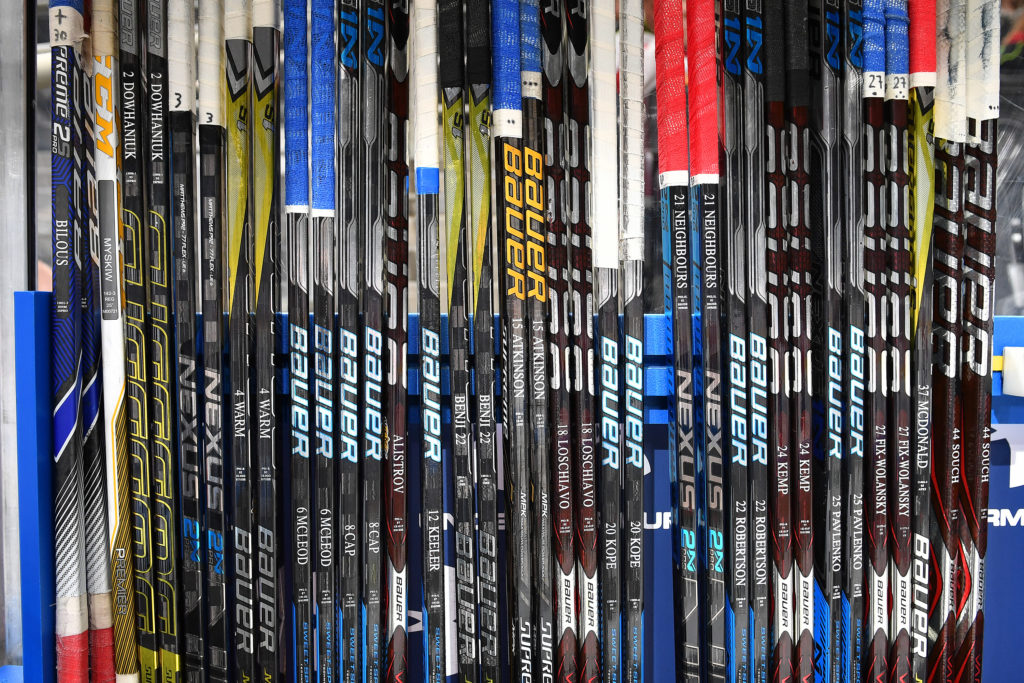 There were plenty of eye-popping storylines that could adequately explain the outcome of Wednesday night’s game, but unfortunately for the Edmonton Oil Kings, none of them could be interpreted in their favour.

Western Hockey League leading scorer Joachim Blichfeld registered a career high five-point game (5A), and Cody Glass tallied a pair of goals along with two assists as the Portland Winterhawks (5-2-0-1) handed the Oil Kings (5-4-0-1) a convincing 8-2 defeat in front of 2,501 fans at Veterans Memorial Coliseum.

Another prominent impact on the game was special teams play, as the Winterhawks went 4-for-6 with the man advantage, added a shorthanded goal, and were an unblemished 8-for-8 on the penalty kill.

Both Oil Kings netminders had their hands full over the course of the night as ten Portland players would record at least a point in the team’s fifth straight win.

Dylan Myskiw (3-4-0-0) started the game in goal for the Oil Kings and took the loss, surrendering six goals on 20 shots. Boston Bilous (2-0-0-1) entered the game to start the third period and made nine of 11 saves.

Glass struck early for the Winterhawks for his second goal of the season, giving his team a 1-0 lead just 5:04 after puck drop, from Blichfeld and Reece Newkirk.

Newkirk’s fifth of the campaign made it 2-0 Portland, from Glass and Blichfeld, which would sum up first period scoring at 12:07 of the opening frame.

Despite the two-goal hole, shots on goal through 20 minutes favoured Edmonton, 13-11.

The Oil Kings got off to the ideal start to the second period, as Trey Fix-Wolansky notched his sixth of the season to cut the Winterhawks lead in half, making it a 2-1 game just eight seconds in with the lone assist to Quinn Benjafield.

But the Winterhawks created some separation following the Fix-Wolansky snipe, as a power play marker by Ryan Hughes made it 3-1 Portland, from Glass and Blichfeld on a 5-on-3 man advantage.

During the ensuing 5-on-4 play, the hosts capitalized once again as Mason Mannek extended the Winterhawks lead to 4-1 just 53 seconds later, from Cross Hanas and Seth Jarvis at 3:28.

The Oil Kings looked poised to tighten the gap as the home team was whistled down for a high-sticking double minor, but instead it was Glass who buried his third of the season – and first shorthanded – to make it a 5-1 game for his fourth point of the evening, from Blichfeld, at 9:27.

Scott Atkinson’s second goal of the season gave the Oil Kings something to celebrate for the fifth combined goal of the middle frame to make it a 5-2 game, from Carter Souch, at 12:08.

But the elation was short-lived as Michal Kvasnica tallied his first career Western Hockey League goal to make it 6-2 – another power play marker – with the lone assist to Jaydon Dureau at 13:31, which finally rounded out second period scoring.

Bilous took over from Myskiw in goal to start the third period, but the Winterhawks’ power play would attack once again as Jake Gricius made it 7-2 on the power play, from Newkirk and Blichfeld at 6:48.

The final dagger came at 16:07 when Hanas tallied his first career WHL goal – the fourth goal with the man advantage for Portland – from Hughes and Jarvis to solidify the 8-2 final.

Final shots on goal in the third period of play were 11-8 Portland for a game total of 31-30, Winterhawks.

Portland finished the night going 4-for-6 on the power play with a shorthanded goal, while Edmonton was 0-for-8 with the man advantage.