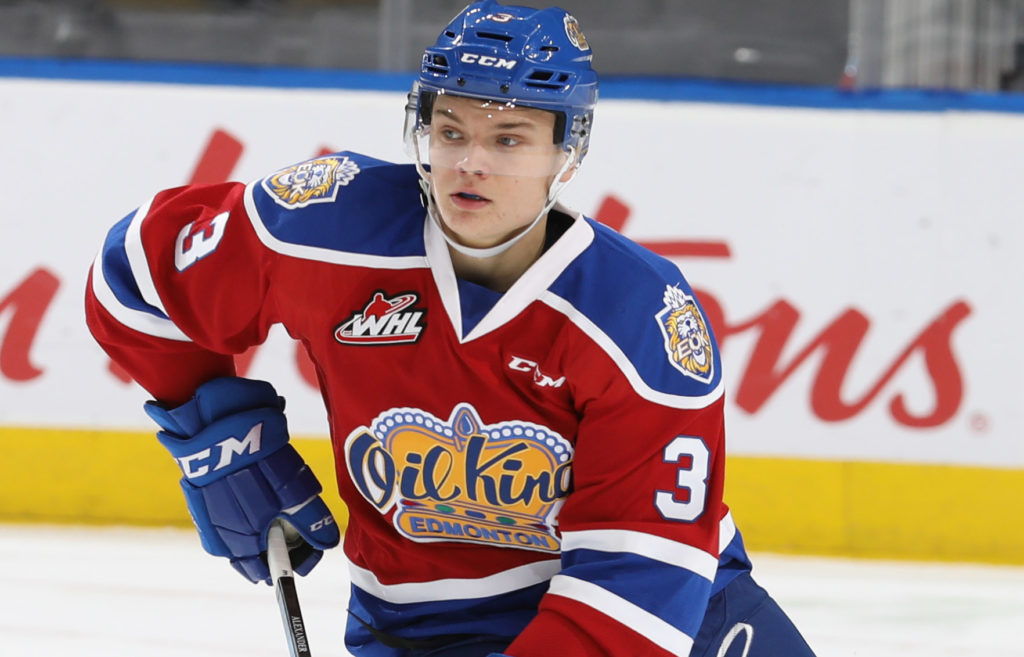 After two seasons and a total of just 73 games under his belt, Jacson Alexander has already experienced a trip to the Eastern Conference Championship as well as the thrill of raising the Ed Chynoweth Cup over his head as a Western Hockey League champion.

But the 18-year-old defenceman from Victoria, British Columbia still has so much more he wants to prove.

The former first-round, 17th overall selection of the Swift Current Broncos in the 2016 WHL Bantam Draft got his first taste of WHL action when he dressed in 32 regular season games as a rookie with the powerhouse – and eventual League champion – 2017-18 Broncos squad.

He experienced his first career point in his very first game – an assist versus the Saskatoon Blades on December 30, 2017 – and registered his first major junior goal less than two months later on February 27, 2018 versus the Prince Albert Raiders.

A young buck he may have been, but the wild ride the then-17-year-old experienced provided him a wealth of knowledge in terms of what it takes to win a League title.

That quality was coveted by Oil Kings president of hockey operations and general manager, Kirt Hill, who acquired the blueliner in a trade with Swift Current in August ahead of the 2018-19 season.

Knowing the reigning League champs were clearly gearing towards a rebuild, Alexander couldn’t have been more thrilled at the chance to come to a city ­– and team – like the Oil Kings. 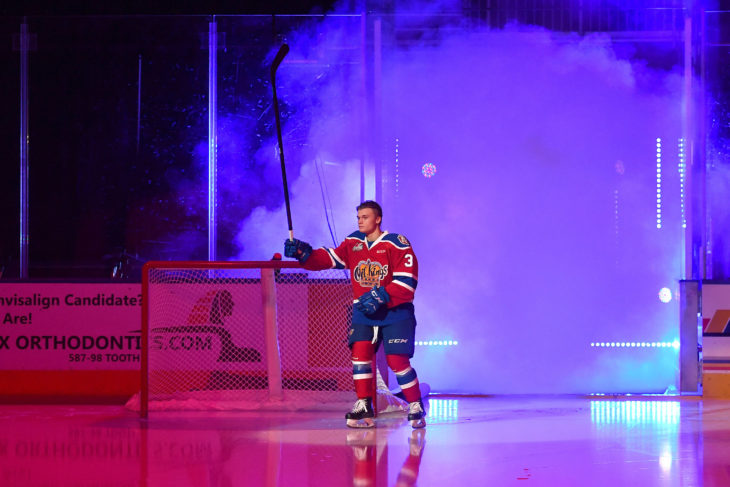 “I was really happy finding out I was traded to the Oil Kings because I knew I could bring some playoff experience here to Edmonton,” he explained, albeit he would eventually provide that insight in a different way than originally thought.

“I knew the history of the team missing the playoffs the two years before, but when I got here the culture was different. From the beginning, we knew we had a lot of talent; guys could make and take passes, there were guys both up front and on the back end that could score goals.

“The main motto last year was Change, and we did do that. We changed the culture, we got better, and we eventually proved to the rest of the League that we can make it far and win some games.” 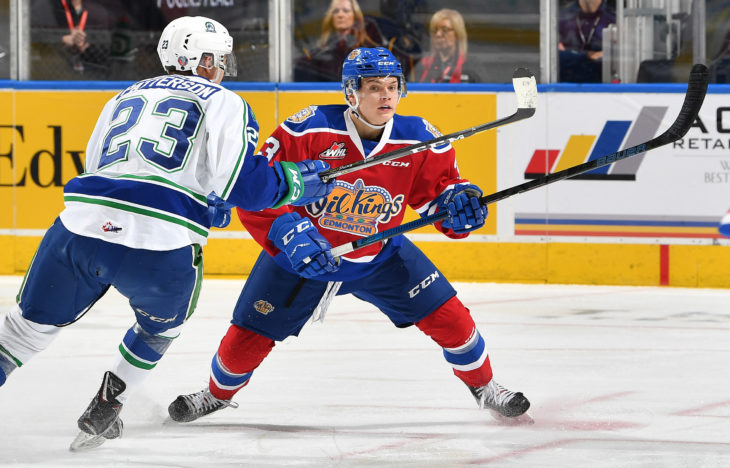 Alexander’s impact was immediately felt upon donning the Oil Kings jersey, as he was an even-strength or plus-player through his first four games which included an eight-shot night when facing his former club, the Broncos, for the first time on September 28.

“Playing against Swift Current was weird at first,” he laughed. “They had a lot of new faces after the championship run, but you’re still playing against buddies there that you know so well.

“Also, it was just weird not passing to a guy wearing that jersey.”

His effectiveness continued the next night on September 29 when the team took to the road to face the Calgary Hitmen. It was then that he would score his first goal as an Oil King as well as register his first multi-point game (1G, 1A) to help the team to a 6-3 win.

The Oil Kings roared out of the gate, skating to a 5-0-0-0 record to start the season for the first time in modern franchise history. 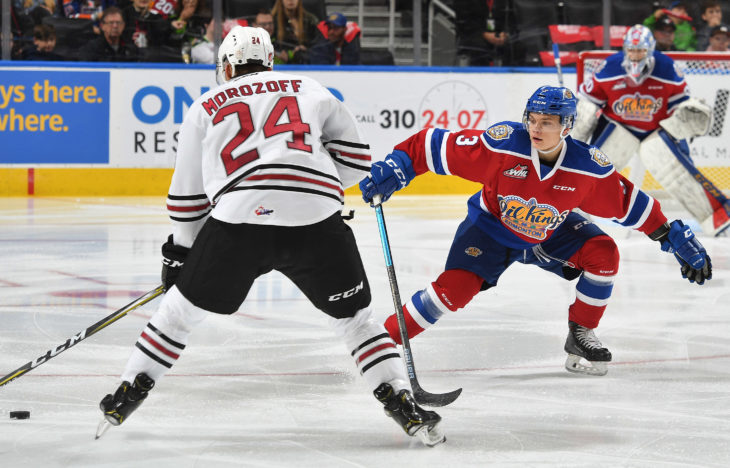 After losing a close 5-3 decision to the Saskatoon Blades at Rogers Place for their first loss on October 3, the team looked to get back on track as they took to the road for a six-game western Canadian and United States swing.

Not only did the Oil Kings fall short of avenging that previous loss to the Blades, they would lose all six games on the road trip – along with their first game back at home on October 19 – and watch their record plummet to 5-7-0-1.

But Alexander and his teammates had a unique response to the frustrating and sometimes inexplicable string of bad luck they had endured over those last eight games. Their approach could very well explain not only how they were able to snap that early-season skid, but perhaps where some of the magic of the Oil Kings successful season as a whole was conjured.

“I think the US road swing was a tough trip for us,” he admitted, “but I think once we got back, we just kind of reset.

“I think we did a good job all year long of shaking off a loss real quick, not dwelling on it, and putting our minds together and focusing on the right things we needed to do to move on.” 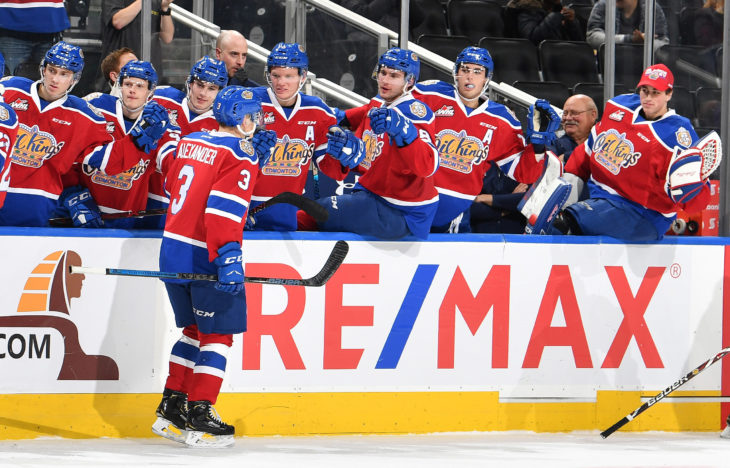 The team would find their way back into the win column in their next game versus the Kootenay ICE – a convincing 6-3 win where Alexander chipped in with a power play goal. In fact, that win spurred a stretch of five straight wins for the Oil Kings, and a run of registering at least a point in 12 of their next 13 games, propelling them to a record of 14-8-2-2.

But amidst all that winning, the team still managed to suffer a big loss.

A night after helping the Oil Kings return to the win column in their win over the ICE, Alexander was on the receiving end of a seemingly innocuous bump on October 26 – just five nights later – against that very same Kootenay squad.

That seemingly innocent play turned out to be the catalyst to the rest of Alexander’s season.

“I was skating back for the puck in open ice, close to our blueline, and I went to take a tight turn,” he explained. “The guy covering me kind of pushed on one shoulder, but pulled on the other at the same time, and it sort of rotated me.

“Something didn’t feel quite right so I knew right away something was going on.”

He would leave the game and not return, knowing he had suffered some type of upper-body injury. He was hopeful it would be a short-term hindrance, but it turned out to be just the opposite.

“At first I thought I would be out for a couple weeks,” Alexander admitted, “but then I found out it would require surgery and I was looking at a six-month recovery period. That definitely didn’t really sink in at first.”

Forced away from enjoying his best statistical start to a season of his career – and during his first year of NHL Draft eligibility, no less – Alexander was about to go under the knife and experience a whole different season than he originally budgeted for.

Left with just stitches and a setback, he decided to do as much as he could – physically and mentally – to advance his timeline of recovery. 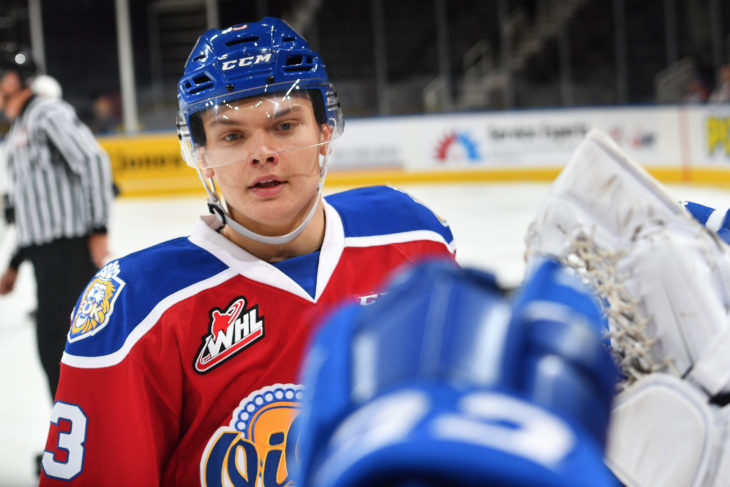 “I had my surgery at the end of November, so the only real activity I was able to do at first was ride the bike. That was all I did from the start of December to the end of February. When all you want to do is get back into your routine and play, that wait can be tough.

“I think injuries are obviously hard on the area of your body that’s hurt, but I think it’s even harder on your mind,” he said. “You just have so much time for your mind to wander, and it’s like a reflex to become frustrated with the situation you’re stuck in for the time being.”

But through the visceral struggles and stumbling blocks, he still managed to improve himself as a player by acknowledging the cerebral side of sport.

“When we had our losing streak at the beginning of the year, we used it as a tool to make us stronger. I think for me, the biggest thing I learned about my injury was just not to overthink things and just take it day by day.

“When you’re out long-term like I was, you can’t look too far ahead. You can’t think of the past or about what you’re missing. You just have to stay in the present and concentrate on how you can make some part of you better every day while you’re injured.

“Having a positive mindset means you realize that even if you’re down, there’s still something you can gain.”

Alexander isn’t the only one who’s raring to get back onto the ice when the puck drops in a few short months for the 2019-20 season. His teammates, as well as the hockey operations staff, are eager to have ‘No. 3’ back in the line-up. 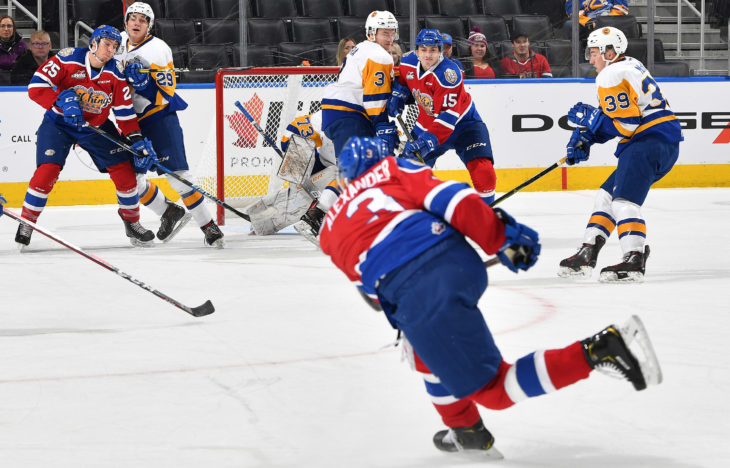 “Obviously, it’s a new team in a sense, after guys leaving and some new guys coming in,” he said. “We’ll have to get used to each other and work hard out of the gate, especially if guys are away at NHL camps to start the season. But that’s what we did last year, and we turned out okay.

“I think we’ll just have to take the same train of thought and be determined, forget about any losses that might come our way right away, and just focus on the next game. That’ll be our key.

“We should be able to do just as well as we did last year or even better, I’m thinking,” he added. “Any time I talk to any of the guys, we all say the same thing.

“We’re really excited about this year.” 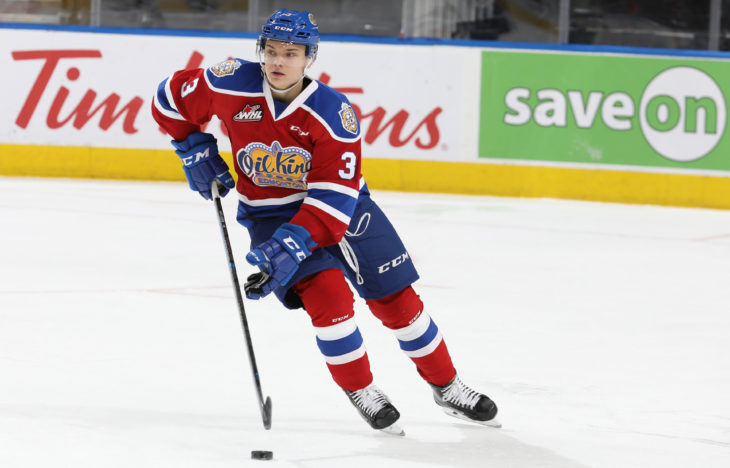