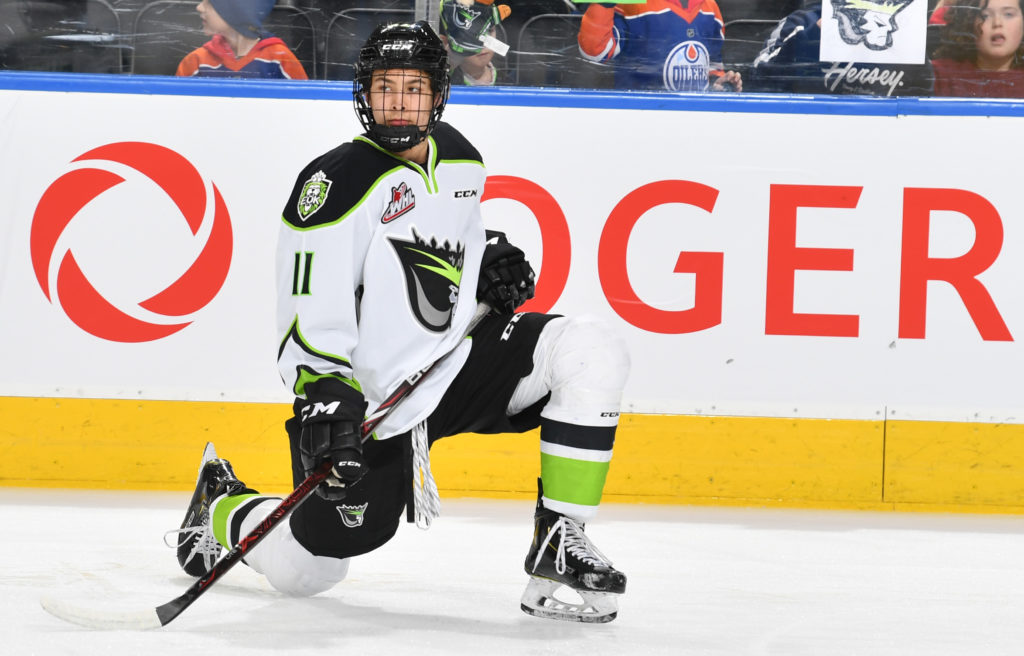 After getting his feet wet during his underage season, Dylan Guenther is ready to make a big splash during his first full Western Hockey League campaign in 2019-20.

The 16-year-old, Edmonton, AB native and former first overall pick from the 2018 WHL Bantam Draft got his first taste of major junior hockey last season, dressing in eight regular season games for the Oil Kings and notching three goals and four points during that span.

For Guenther, the differences in the game between Junior and Bantam – where he skated as a member of Northern Alberta X-Treme Prep in 2017-18 and amassed 56 goals and 103 points in 30 regular season games – was easy to pinpoint. 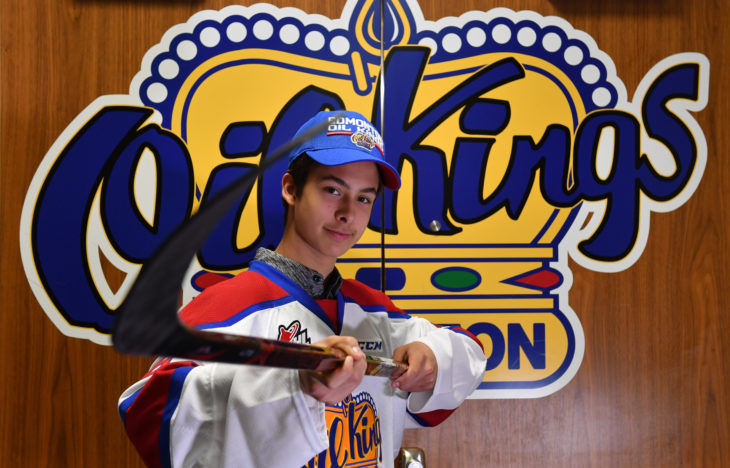 “I think the size of the opposing players and the speed of the game were the things you notice most,” said Guenther. “For the most part everyone does things at a much higher pace, so it’s a big change compared to what I was used to the year before.”

Despite being faced with the challenges of the unknown, Guenther’s cool, calm and collected attitude tempers any fear or unrealistic expectations he could potentially place on himself since becoming a number one draft pick.

“I just try to keep my head clear,” he said. “Just keep my focus and remember that I can’t control what other players are doing, I can just control my game and how I’m preparing for the season. So I just focus on that.” 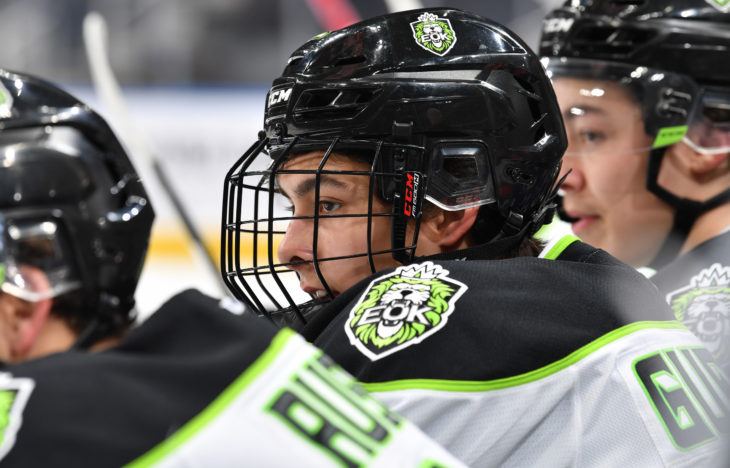 It’s long been apparent that Guenther’s skill level is nothing short of exceptional, but maybe even more impressive is how his attitude and humility remains constant and stable. When asked to what he credits his development in both his talent and his attitude he answers quickly, and insists it’s not what has left such a positive impression, but who.

“One of my minor hockey coaches, Coach Gibby,” said Guenther of his former bench boss from Novice to Pee Wee, David Gibson. “He was just a super easygoing guy and chill and fun to be around. We had him as a coach for a number of years and he really showed us how to love the game.”

A love for the game is something Guenther clearly has in spades, exhibited by what was required of him and the other 111 players who attended Hockey Canada’s Under-17 Summer Showcase in Calgary in July, which also included fellow Oil Kings teammate Keagan Slaney. 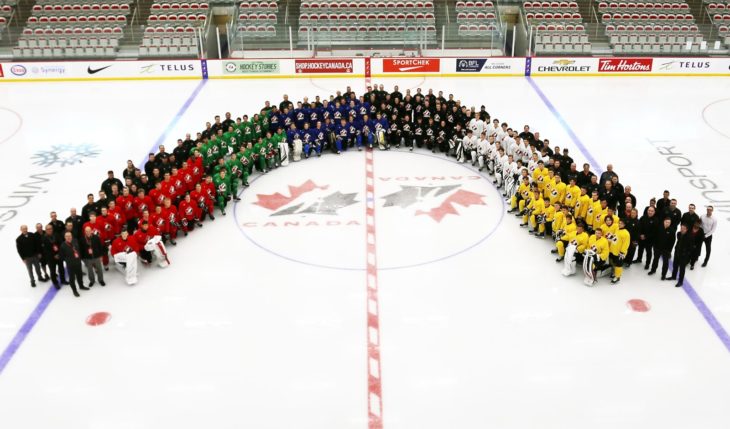 In many ways it’s the gateway to future top-tier international competition such as the World Under-17 Hockey Challenge, Hlinka Gretzky Cup (Under-18), and the World Junior Championship (Under-20). The stakes are high, and so are expectations – both from Hockey Canada and of the players, themselves.

With that being said, Guenther knew his time in Calgary would be both demanding and competitive.

“The first day was an introduction to Hockey Canada and seminars on how they do things,” he explained of his time at the Showcase. “The second day we got into some practices and team builders, and met all the guys and the coaching staff.

“Another long day,” he laughed.

“Finally the last three days we got into games, so that was fun.”

Guenther turned heads during those intrasquad matches as a member of Canada White, tallying a total of five points (2G, 3A) during those three games. 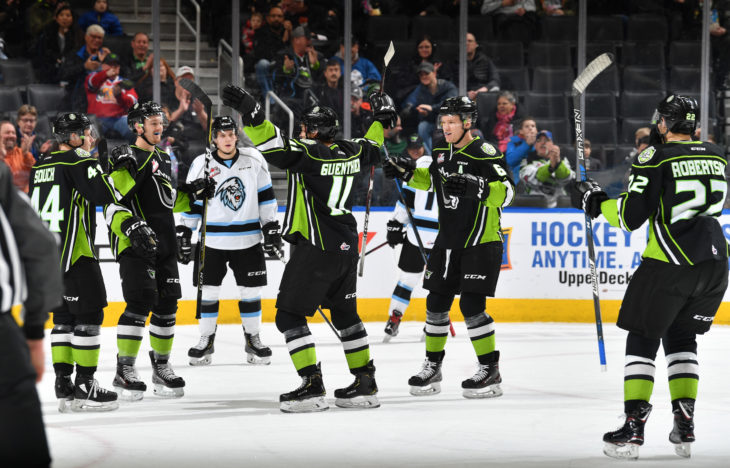 He credited a current Oil Kings teammate who had previously been through the same process in helping him better prepare and know what to expect.

“I talked to Robo [Matthew Robertson] a bit because we go to the same gym, and he just told me what it was like for him when he went through the process and what I could expect, which was a help,” said Guenther.

“He told me to take advantage of the time you get to rest, but to work hard and make a good first impression. It’s a short time [at camp] and a lot of information is given to you, so you just have to do the best you can do and hope you’re being noticed in the right ways.” 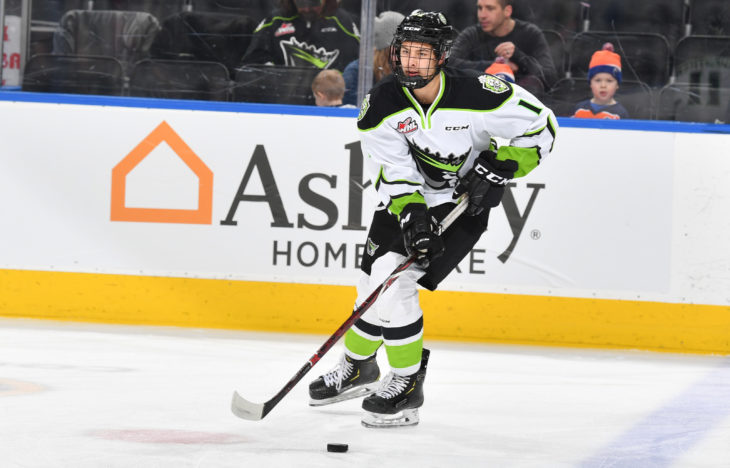 As the 2019-20 WHL season draws closer, Guenther looks to take what he learned at Hockey Canada’s Summer Showcase – as well as the knowledge he soaked up during his major junior debut last year and the three playoff games he drew into during the Oil Kings run to the Eastern Conference Championship – and continue trending upwards in his development.

“I’ve been training more this summer than I did a few years back,” he said, “and I’m training with a lot of guys that are looking to make the jump as well, so we kind of push each other and help each other out along the way. 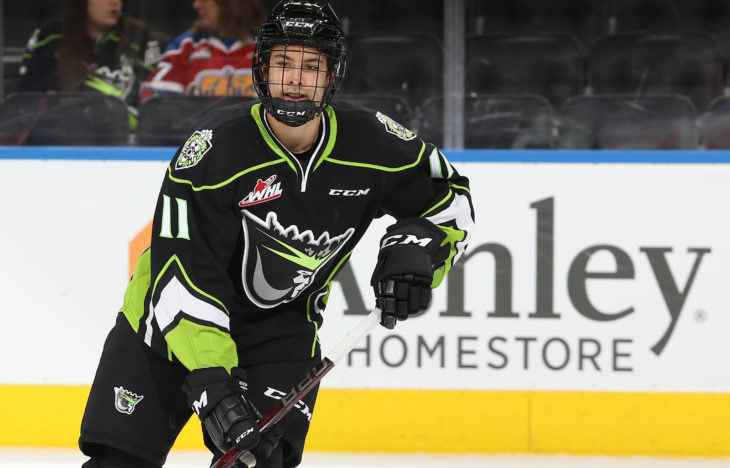 As he prepares for the workload of his hockey schedule to drastically increase from just under 30 games in Bantam to 68 of that in the WHL, he does so not with worry or concern, but with enthusiasm and a quiet confidence.

“My first full year of playing junior hockey is something I’m going to remember for the rest of my life,” Guenther said, “so it’s important to me to soak it all in.

“But it’s also important to me to have as much fun as I can. That’s definitely what I’m excited for. To have fun.” 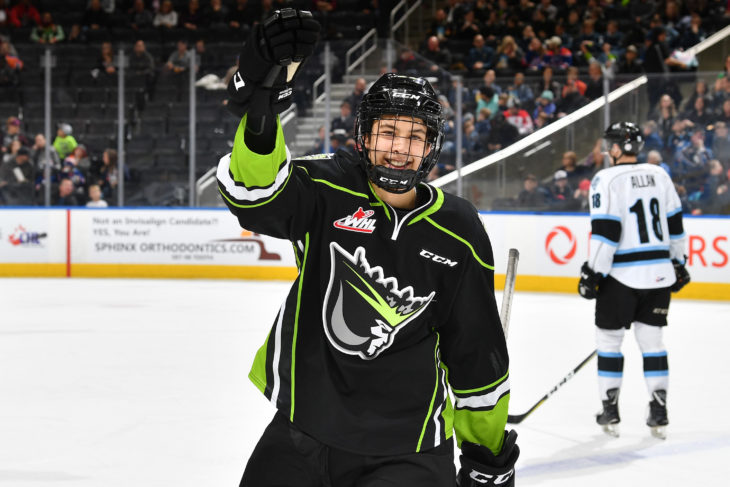