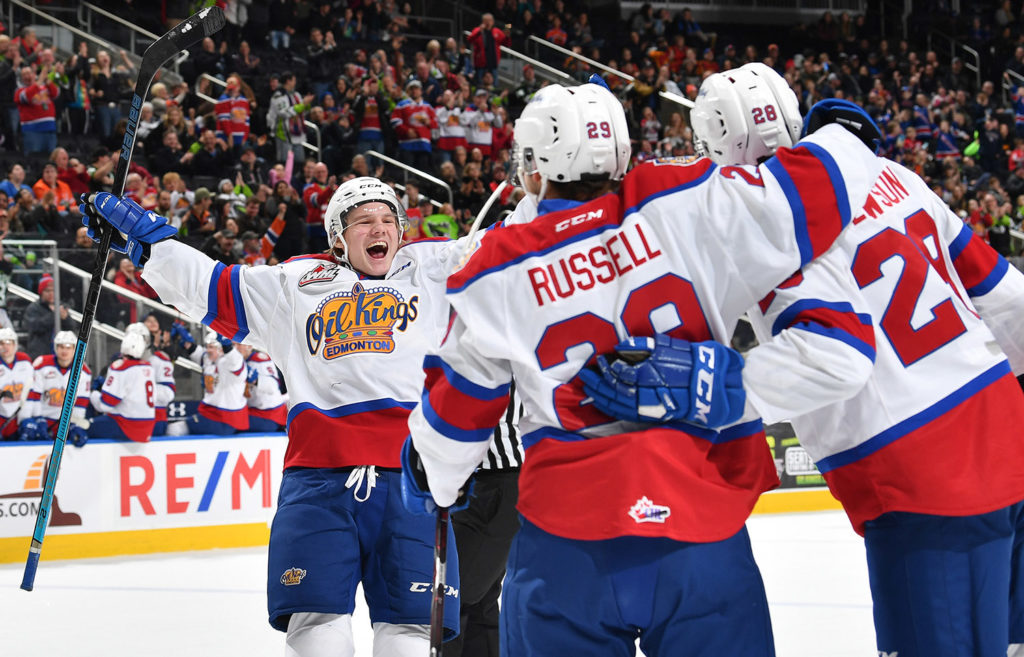 Make it 14 goals in their last two home games for the Edmonton Oil Kings.

The team got offensive contributions from seven different goal scorers and, as it happens, an onslaught of goals from their third and fourth lines as all seven of those scorers came from Edmonton’s bottom six forwards.

As it happens, the onslaught of offense didn’t come from the ‘usual suspects’, but instead the third and fourth lines who produced 11 points (4G, 7A), along with three goals and three assists by the defence corps.

After a brief illness, captain Trey Fix-Wolansky returned to the Oil Kings line-up and extended his current point streak to 11 games (8G, 11A = 19 points). In turn, he moves back into a tie for the WHL point scoring lead with 65 points with Portland’s Joachim Blichfeld and Prince Albert’s Brett Leason.

On Friday, after a scoreless first period which saw the Oil Kings outshoot the Hitmen 13-9, Edmonton finally got themselves on the board with a pair of quick goals early in the second period.

Vladimir Alistrov etched the scoresheet in his first game since returning from World Junior qualifiers with Belarus, potting his fifth of the season after a pretty deking play that ultimately beat McNaughton. David Kope picked up the lone assist on the 1-0 goal at 1:58 of the second period.

Just ten seconds later it was 2-0 Edmonton, as Zach Russell followed up Alistrov’s highlight reel goal with a beautiful snipe of his own; batting the puck out of mid-air after driving to the slot. The goal was his first of the season, and of course, first as an Oil King from Andrei Pavlenko and Jalen Juypen at 2:08. 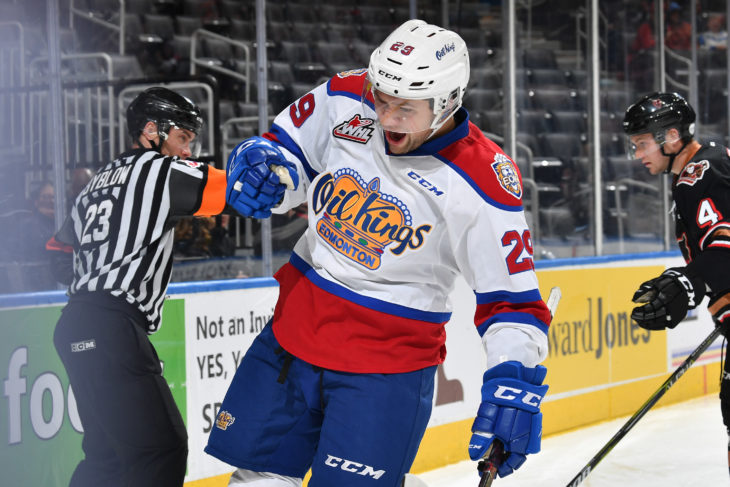 Exactly five minutes later the second half of the Belarusian connection lit the lamp, as Pavlenko tallied his sixth of the season after a heads-up feed from Russell, with Parker Gavlas earning the secondary assist at 7:08.

At 3-0 Edmonton, second period scoring was far from over as Andrew Fyten put forth a concentrated effort on the penalty kill. He would strip a Calgary skater of the puck after an assertive forecheck then sailed the puck past McNaughton, shorthanded, to make it 4-0 Oil Kings, on a feed from Fix-Wolansky at 9:12.

But the Hitmen would respond on the same power play as they took advantage of a second Oil Kings minor, giving Calgary a 5-on-3 man advantage. Carson Focht spoiled Myskiw’s shutout attempt with his seventh of the season, from Egor Zamula and Jake Kryski to make it 4-1 Edmonton at 10:30.

The Oil Kings would regain their four-goal lead five minutes later on a one-timer from the hashmarks by Wyatt McLeod, his second of the season, assisted by Brett Kemp and Conner McDonald at 15:57.

Another milestone marker came with just 2:29 to play in the middle stanza as Lawson fired a shot from the point to earn his first career WHL goal, from Gavlas and Luypen, at 17:31. 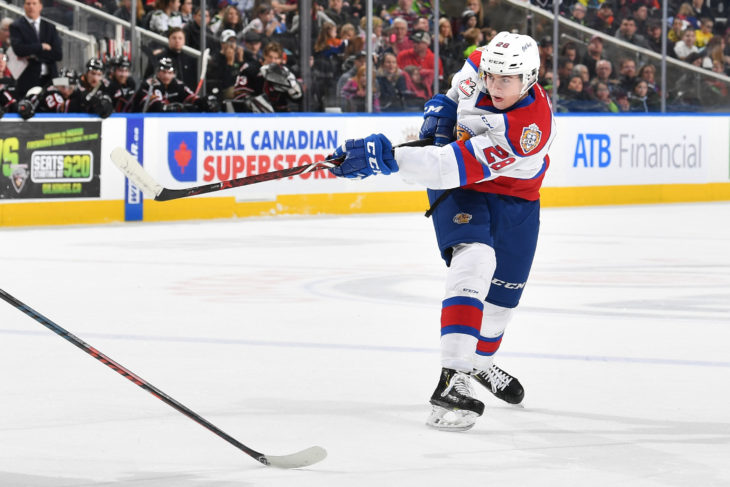 The Hitmen would add another before the period was up to round-out the eight-goal second stanza, 6-2, in favour of the Oil Kings.

The Hitmen’s second power play goal of the game came just past the midway point of the third period to cut the Edmonton lead in half, but with 18 seconds remaining Ethan Cap notched his fourth goal of the season, from Kope and Fyten to ice the 7-2 victory.

Calgary was 2-for-4 on the power play while Edmonton finished the night going 0-for-4 with the man advantage along with a shorthanded goal.

The Oil Kings are back in action in short order when they take to the road to play the first of a home-and-home with the Red Deer Rebels tomorrow, Saturday, December 29 at 7:00 PM MT. They return to Rogers Place to host the Rebels the following afternoon, Sunday, December 30 at 4:00 PM MT.