MENU
THE WESTERN HOCKEY LEAGUE HAS ANNOUNCED ITS RETURN TO PLAY PROTOCOL FOR THE 2020-21 SEASON
March 10, 2019 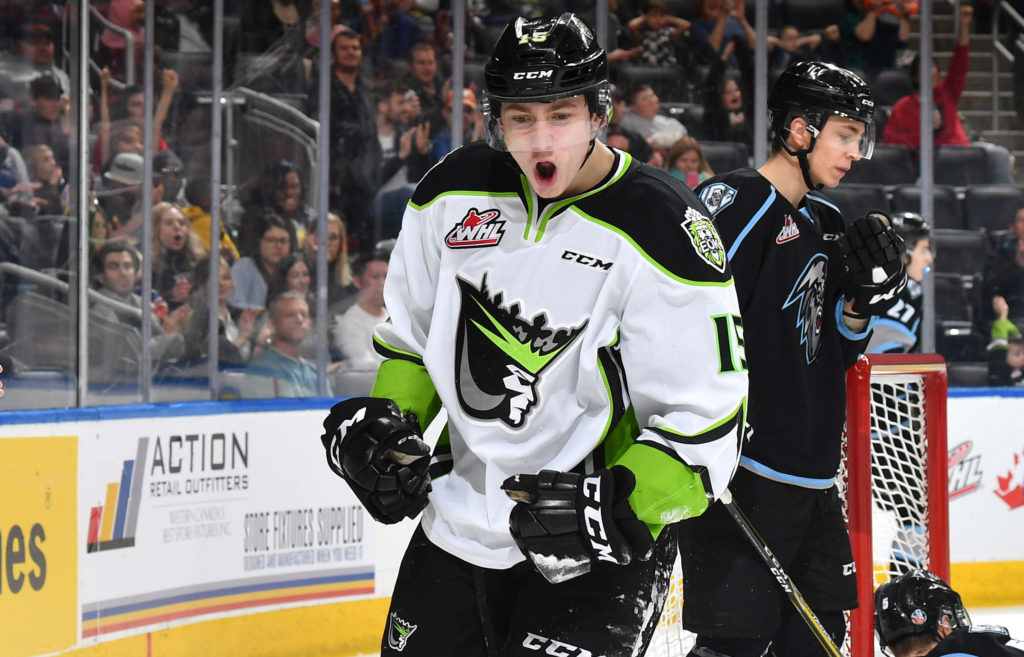 The Oil Kings have earned at least a point in 19 of their last 23 games played (18-4-0-1) and, at game’s end, regained possession of the Central Division with 86 points and 39 wins. The Lethbridge Hurricanes also have 86 points but one fewer win (38).

Edmonton can now clinch the Central with two wins, which would also give them 90 points and 41 wins. The most Lethbridge could finish the season with is 90 points and 40 wins.

Trey Fix-Wolansky reached the 100-point mark for the first time in his WHL career with a goal, becoming the first Oil King to join the century club since Michael St. Croix achieved the feat (45G, 60A = 105 points) in 2011-12.

Conner McDonald also had a banner night, snapping a nine-game scoreless drought to set a new record for goals scored by a defenceman in a single season in modern franchise history with 18, passing the previous mark of 17 in which he was tied with Cody Corbett (2013-14).

Quinn Benjafield also tied the franchise mark for shorthanded goals in a single season of four (Travis Ewanyk, 2010-11) with his snipe that opened the game’s scoring.

After a scoreless first period, Benjafield’s shorthanded marker finally got the Oil Kings on the board giving them a 1-0 lead, from Liam Keeler, at the eight minute mark of the second.

At 14:01, Fix-Wolansky scored the first Popeye’s Chicken Minute goal of the season, which also doubled as his 100th point of the campaign, to extend the Edmonton lead to 2-0, unassisted.

With 2:17 to play in the middle frame, Scott Atkinson shoveled home an Andrei Pavlenko shot with the secondary assist to Ethan Cap at 17:43.

McDonald’s record setting goal came at 10:02 of the third period, giving him 18 on the season from Vladimir Alistrov and Andrew Fyten on the power play to round out the game’s scoring.

Kootenay was 0-for-6 on the power play, while Edmonton finished the game going 2-for-5 with the man advantage.

The Oil Kings are back in action Tuesday, March 12 when they take to the road to face the Red Deer Rebels for a 7:00 PM MT start. The last weekend of the regular season will see Edmonton host Calgary on Saturday, March 16 at 2:00 PM MT before the two teams meet the following night, Sunday, March 17 at 2:00 PM MT at the Scotiabank Saddledome.