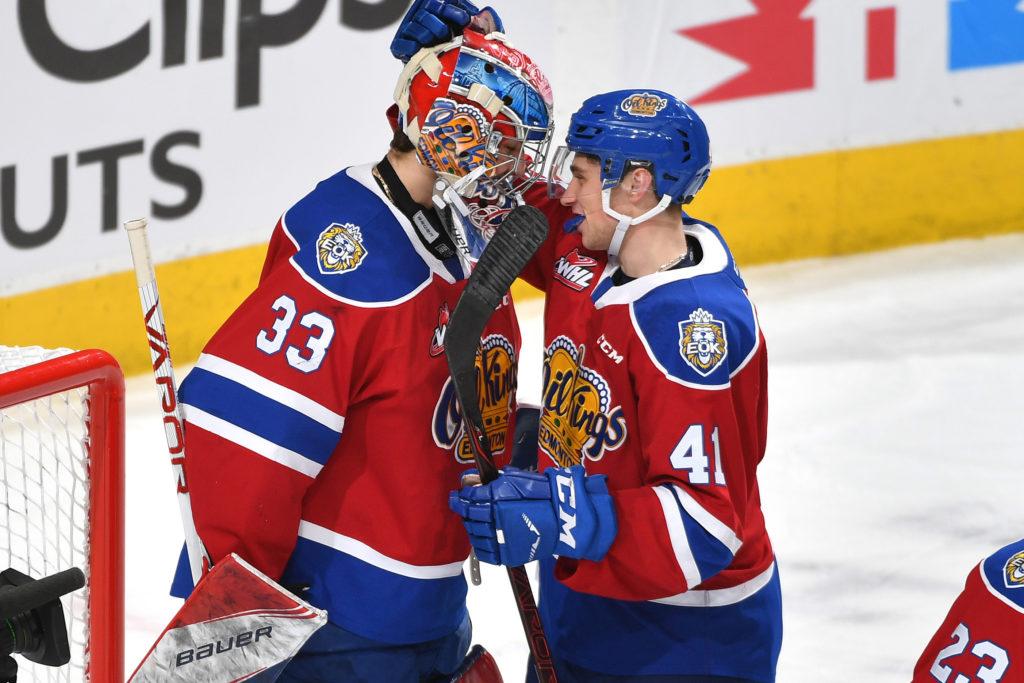 The depth in the Edmonton Oil Kings line-up earned the team a solid two points to close out a back-to-back at Rogers Place on Sunday.

Vladimir Alistrov (1G, 2A), Dylan Guenther (1G, 1A), Ethan McIndoe and Carter Souch were the other goal scorers for the Oil Kings, who have lost just twice in regulation in their last eight games since November 17 (4-2-0-2).

Sebastian Cossa (9-2-0-1) made both starts of the back-to-back, turning aside 32 of 33 shots he faced to backstop the team to the win.

For the first time in their last three games, the Oil Kings opened the game’s scoring early in the first period. Josh Williams picked the pocket of a Pats player in front of his own net, then dished the puck to Luypen for his fourth of the season and second goal in as many games at 4:59.

With their second opportunity with the man advantage, McIndoe used sharp hand-eye coordination to bat the puck past Buskey and tally his fifth of the season, from Guenther and Matthew Robertson, to make it 2-0 at 18:02.

In the second period, Souch with a tap-in near the side of the net made it 3-0 Oil Kings, from Liam Keeler and Ethan Cap, at 5:11.

A power play goal by the visitors got the Pats on the board at 6:54 making it a 3-1 game, but the Oil Kings would restore their three-goal lead and later add to it.

For his second goal in as many games, Alistrov buried a pass from Horstmann while all alone on the doorstep for his eighth of the season, making it 4-1 at 10:53.

Before the period was out the hosts would add another, as Guenther combined with Horstmann on a 2-on-1 for a 5-1 lead at 18:06, with Alistrov earning the second assist.

In the third, Luypen and Horstmann added to their impressive nights, first when Luypen notched his second of the night, from David Kope, at 11:37 to make it 6-1 Oil Kings.

Horstmann’s first of the season and second of his career, assisted by Alistrov just 1:31 later at 13:08, solidified the 7-1 victory.

Shots on goal in the third period were once again commanded by Edmonton, 13-8, for a game total of 33-33 even.

Regina was 1-for-5 on the power play, while Edmonton was 1-for-4 with the man advantage.

Before puck drop, Riley Sawchuk was awarded the Blue Willow Restaurant/Vic Mah Trophy as Unsung Hero for the month of October.

The Oil Kings are back in action the day after tomorrow – Tuesday, December 3 – when they host the Moose Jaw Warriors for their third straight home game. Puck drop is 7:00 PM at Rogers Place.