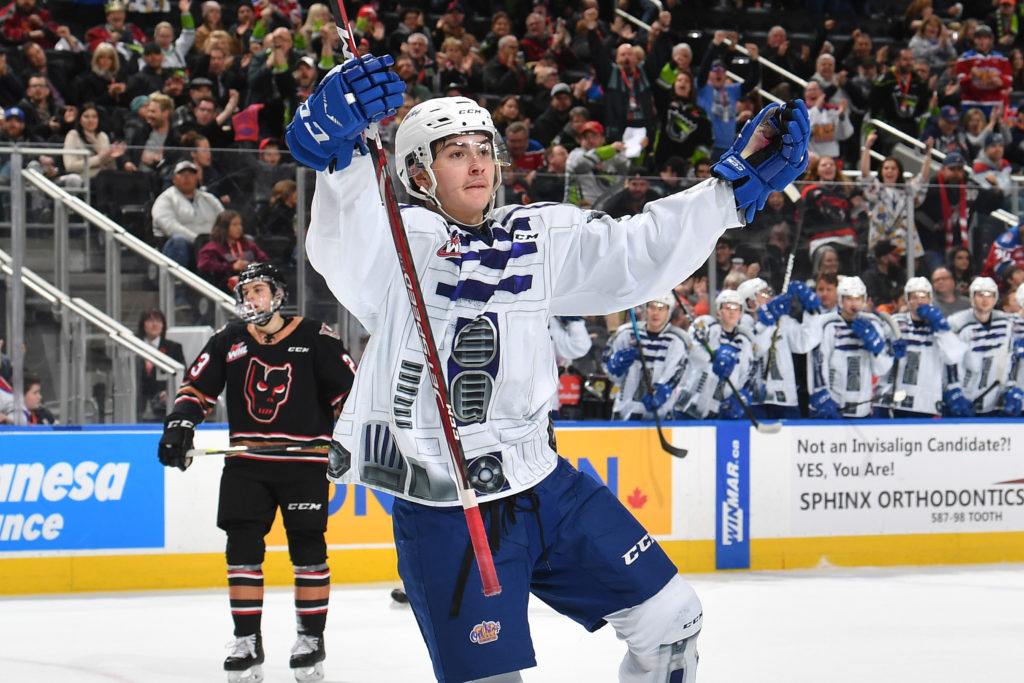 The rivalry between the Edmonton Oil Kings and the Calgary Hitmen rose to the next level on Saturday night.

Josh Williams scored twice and Jake Neighbours added a three-point effort with a goal and two assists as the Oil Kings (13-2-3-1) returned to the win column with a 4-2 victory over the Hitmen (9-6-1-1) in front of 7,004 fans at Rogers Place on Star Wars Night.

The animosity was at a fever pitch as the clash included a pair of fights and a total of nine power play opportunities for the home team Oil Kings.

Matthew Robertson and Riley Sawchuk each had multi-point nights with a pair of assists, while Ethan Cap was the other Oil Kings goal scorer with his second of the season. 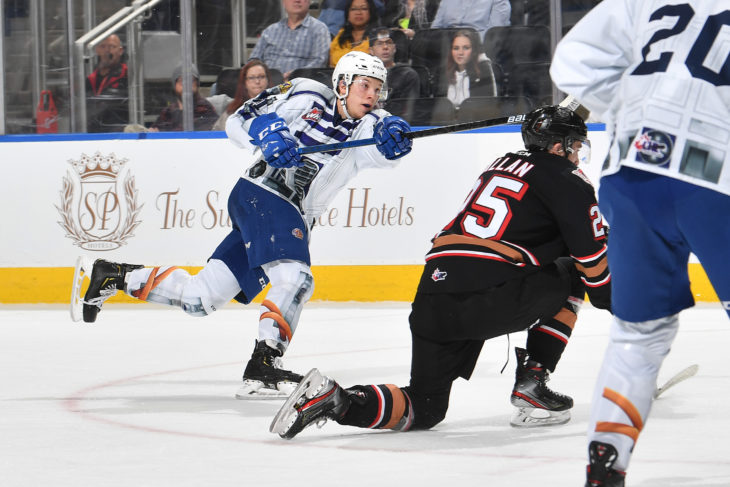 Todd Scott (7-2-3-0) backstopped the team between the pipes, needing just 13 saves for the win.

The Oil Kings controlled the game from the onset, despite a scary scene in the game’s opening minutes as Edmonton defenceman Jacson Alexander left the ice with medical assistance and did not return after he was on the receiving end of a hit in front of the home bench at 3:14 of the first period.

But the Oil Kings used the incident as a motivator and took command of play, holding Calgary to just two shots on goal in the first, five in the second, and eight in the third.

The Oil Kings opened the scoring at 4:16 of the first period, as Robertson fired a shot from the left point that was tipped in front by Williams for his ninth of the season, with Neighbours picking up the secondary assist.

It proved to be the lone goal of the first period, as the Oil Kings outshot the Hitmen in convincing fashion, 13-2. 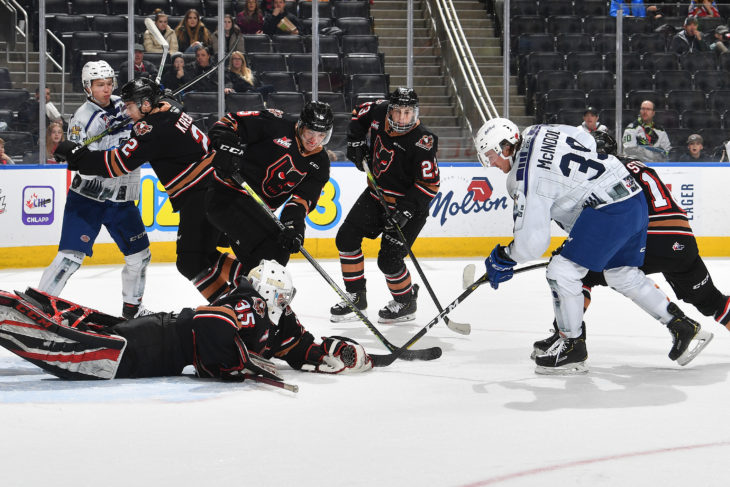 In the second, Cap extended the Edmonton lead to 2-0, firing a shot from the top of the right circle from one knee to beat Peters. David Kope and Logan Dowhaniuk earned the assists on the goal, which came at 7:28.

At 9:59 Calgary took back-to-back cross-checking penalties on the same sequence, and were assessed a full two-minutes down 5-on-4, but successfully killed it off.

At 12:18 the Hitmen took yet another penalty, their sixth minor of the night, but capitalized shorthanded to cut the Edmonton lead to 2-1 on what was just their fifth shot of the game.

But before the period was out the Oil Kings restored the two-goal cushion, as a failed clearing attempt by the Hitmen sent the puck back deep into their zone where Sawchuk fed Williams in the slot for his second of the night. Neighbours earned the second assist on the 3-1 goal, which rounded out second period scoring at 19:34.

Neighbours notched his fourth of the season to give the Oil Kings their first power play goal of the night, making it 4-1 at 9:12 from Robertson and Sawchuk.

The Hitmen made it 4-2 with just over three-and-a-half minutes left to play, but it was as close as they could come as the Oil Kings got back in the win column on home ice. 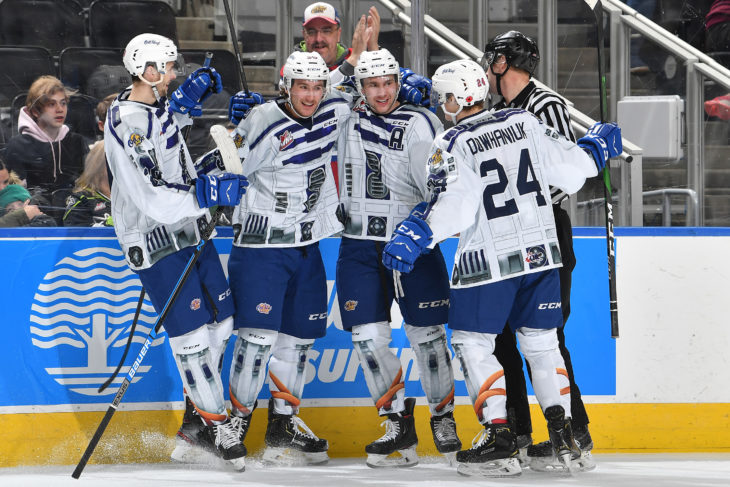 Calgary was 0-for-3 on the power play while Edmonton went 1-for-9 with the man advantage.

The Oil Kings are back in action Monday afternoon when they host the Tri-City Americans for a special Remembrance Day puck drop at 2:00 PM MT on November 11.