THE INSIDER: For the Cause 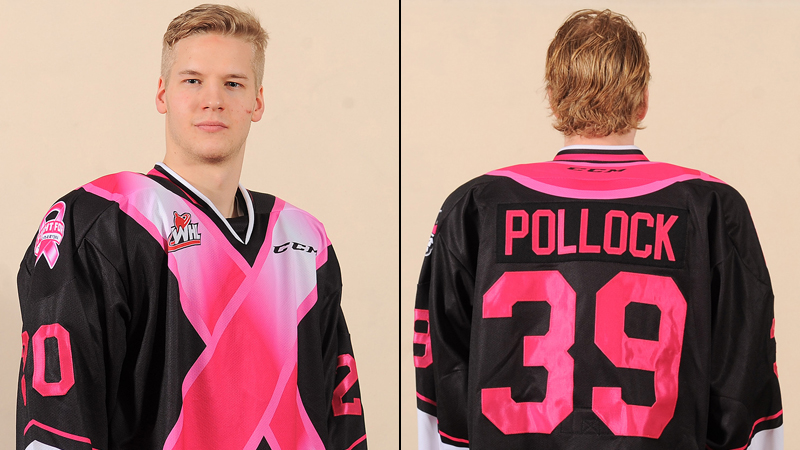 The Insider is a weekly look at what’s going on with the Oil Kings by TSN 1260’s Corey Graham. In this edition, he talks about how and why the Oil Kings put on the upcoming Pink at the Rink game.

On Sunday when the Oil Kings face the Medicine Hat Tigers (1 p.m. at Rexall Place), the club will be playing for more than the usual two points. Sunday marks the Oil Kings’ third Pink at the Rink game, and it is a special time for all involved, as everyone–from staff to players to fans–has been touched in some way by the battle against cancer.

Being involved in the community at all levels is a major part of running a junior hockey club. Player appearances at schools or minor hockey practices, specialty nights, and even participating in the odd parade are all things the Oil Kings organization has embraced in their role in the community, and it’s something I’ve seen them work hard to increase over the years.

“Being strong in the community is just as important to the club as being strong on the ice,” explained Kevin Radomski, Oil Kings director, business operations. “We need to be pillars in this community because this is community that supports us, and we want to make a difference and pay back that support any way we can.”

This weekend’s game supports three very worthy charity efforts in the Edmonton area with the net proceeds of the 50-50 draw and the game-used jersey and stick auction being donated to the Compassion House, the Prairies/NWT chapter of the Canadian Breast Cancer Foundation and the Alberta Cancer Foundation. One can imagine how important nights like these are for these organizations and how much they look forward to be involved.

“With one in nine Canadian women being diagnosed with breast cancer at some point in her lifetime, so many people are directly affected by the disease,” said Chelsea Draeger, senior director, development for the Canadian Breast Cancer Foundation – Prairies/NWT Region. “When we see the Oil Kings rally around the community and the cause, we are truly honoured and humbled. Hearing their personal stories with breast cancer, and seeing them so passionately supporting research and education programs through their Pink at the Rink game is a real inspiration to so many people. With the support of organizations like the Oil Kings and the Edmonton community, we really will be able to create a future without breast cancer.”

The players get behind the initiative and look forward to the game. Several of them will be using pink sticks, the goalies will have pink highlights on their equipment. A new addition for this year is the “I Fight For” patch on the shoulder of the sweaters.

“We talked to other teams in the CHL that have done something similar,” equipment manager Rogan Dean said about the use of the patch. “We thought it would be a good idea to include the patch to personalize the uniform for the players and bring a little more meaning to the game for them.”

Each player has filled in the name of a family member, friend, or organization as their inspiration to play the game.

You might think that all the changes in the uniforms and equipment would be a bit of the headache for the trainers, but it couldn’t be further to the truth according to Dean.

“I think its fun. I really enjoy doing specialty nights. It’s something different; it gives you a chance to go outside the box, and it’s something the guys really get into,” he said. “Davis Koch is really excited to take part. He is using pink sticks and he has really embraced it, getting special after market pink knobs as well, he is really looking forward to the game.”

If you attend the game on Sunday afternoon get in the spirit and wear some pink to support the club and the charities, and get involved with the auctions during and after the game. I know you’ll be putting a smile on the player’s faces and also helping a tremendous cause.

Corey Graham has been the play-by-play broadcaster for the Oil Kings since 2010-11 and has broadcast three WHL championship series and two Memorial Cups. His blog, The Insider, will appear every Thursday at noon on oilkings.ca. You can catch every Oil Kings game home and away with Corey on TSN 1260.