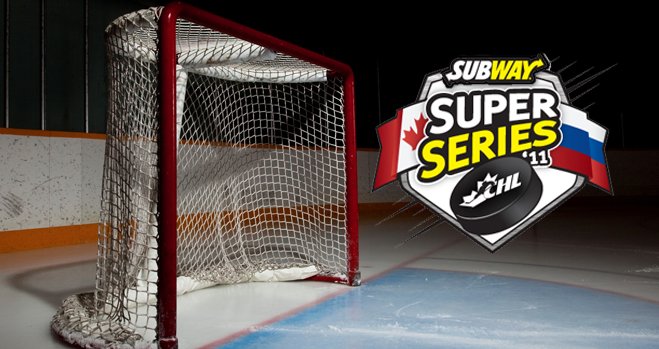 Edmonton, AB – The Edmonton Oil Kings are proud to congratulate forward Michael St. Croix and defenseman Griffin Reinhart on their selections to Team WHL for the 2011 SUBWAY® Super Series. The 2011 SUBWAY® Super Series will take place November 7 – 17 and marks the ninth straight year that teams of CHL All-Stars have competed against Team Russia in preparation for the World Junior Hockey Championships. Team WHL will face Team Russia in games five and six of the series played Wednesday, November 16 in Regina, SK, and on Thursday, November 17 in Moose Jaw, SK. St. Croix and Reinhart join Oil Kings Captain Mark Pysyk as selections with Reinhart playing the November 16th game in Regina in place of the injured Ryan Murray. St. Croix and Pysyk will be in the lineup for the November 17th game in Moose Jaw. The first two games of the series will be hosted by the QMJHL with the OHL hosting games three and four.

The SUBWAY® Super Series is an integral part of the evaluation process prior to Team Canada’s final selection camp in December.  This season, Canada will be competing for their 14th straight medal at the 2012 tournament hosted by Calgary and Edmonton.

For both St. Croix and Reinhart this will mark their first selections for team WHL. St. Croix has been on fire – he is currently on a nine game point streak with four goals and nine assists over that time. Last season, St. Croix posted the Oil Kings single season modern franchise record with 48 assists and finished his season with a career high 75 points and a plus-28 plus minus rating. Originally selected by the Oil Kings 4th overall in the 2008 WHL Bantam Draft he recently surpassed the 50 goal mark for his career and has a total of 138 points in 152 WHL games. Last summer St.Croix was one of four Oil Kings to be selected in the 2011 NHL Draft as he became a 4th round selection of the New York Rangers.

Reinhart is one of three Reinhart brothers currently playing in the WHL and continues to live up to his billing as one of the premier defensive prospects in the WHL for the upcoming NHL Draft. Reinhart was originally drafted by the Oil Kings 3rd overall in the 2009 WHL draft and has grown into his 6’4, 202 pound frame. Both Reinhart and Pysyk share the honour of being the highest defenseman selected in the WHL Bantam draft in the modern era Oil Kings franchise and Reinhart projects to be the modern era franchise’s second first round NHL draft pick.

This will be Pysyk’s third Team WHL selection after participating in the 2009 & 2010 series. Pysyk attended the Team Canada Development Camp this August – it was the second time Pysyk has been invited to try out for the National U20 Squad and is still looking to solidify a spot on Team Canada this Christmas. Pysyk, an Edmonton area local remains the face of the modern era franchise – He was the first WHL Bantam draft pick (3rd overall in 2007) and in 2010 became the modern franchise’s first ever NHL 1st round draft pick (selected 23rd overall by the Buffalo Sabres). This last season he was awarded the Greg Tomalty MVP honour for the second straight season and the Oil Kings Top D-man honor for the third straight season.

Team WHL was selected by a special committee of WHL General Managers along with Kevin Prendergast, Hockey Canada’s Head Scout for the Canadian National Junior Team, as part of the selection process for the 2012 World Junior Hockey Championships.

The 2011 SUBWAY® Super Series is supported by CHL associate sponsors, Bank of Montreal and CCM.

All games will be broadcast nationally on Sportsnet with the two QMJHL games shown on TVA.

For more information about the event and tickets please visit www.subwaysuperseries.com

In case you missed out on tickets to the 2011 World Junior Hockey Championships – Edmonton Oil Kings World Junior Mini Packs are still available! Five game packs include five World Junior tickets and 18 Oil Kings tickets split between the 11-12 and 12-13 seasons. 10 game packs include all ten tournament games held in Edmonton as well as 36 Oil Kings tickets split between the 11-12 and 12-13 seasons! That is a lot of hockey for some great prices. Visit oilkings.ca and click the World Junior Mini Packs button for more information on how you can still get your seats for this once in a generation event!