Third shutout for Cossa, first goal for Kuny as Oil Kings down Warriors, 5-0 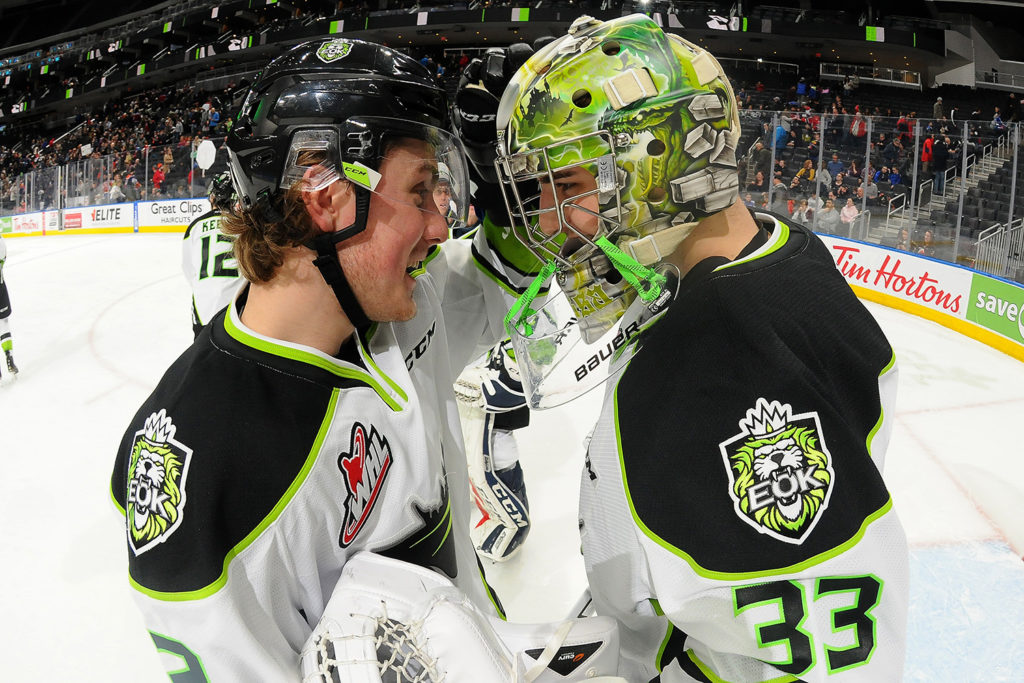 From grizzled vets to rookies that impressed, the Edmonton Oil Kings got contributions from one end of their roster to the other on Friday night.

Twenty-year-old overager Ethan McIndoe earned First Star honours for his three-point effort (3A), and 17-year-old rookie sensation Sebastian Cossa earned his third shutout of the season as the Oil Kings (26-7-5-2) skated to a convincing 5-0 victory over the Moose Jaw Warriors (10-21-2-0) in front of 5,858 fans at Rogers Place.

Concentration was key for Cossa (16-3-1-1), who faced just seven shots in the first period, three in the second, and four in the third for a game total of 14 shots – and 14 saves. To top it off, the Fort McMurray, AB native also registered his first career WHL point with an assist on the team’s second goal of the game.

Adam Evanoff (4-13-1-0) started in goal for the Warriors but took the loss, surrendering four goals on 30 shots over 40 minutes of work before being replaced at the start of the third period by Jackson Berry. Berry allowed a single goal on 19 shots in relief.

It was also a special night for 17-year-old Brendan Kuny, who opened the game’s scoring and, in turn, opened the scoring of his major junior career with his first WHL goal in the second period. 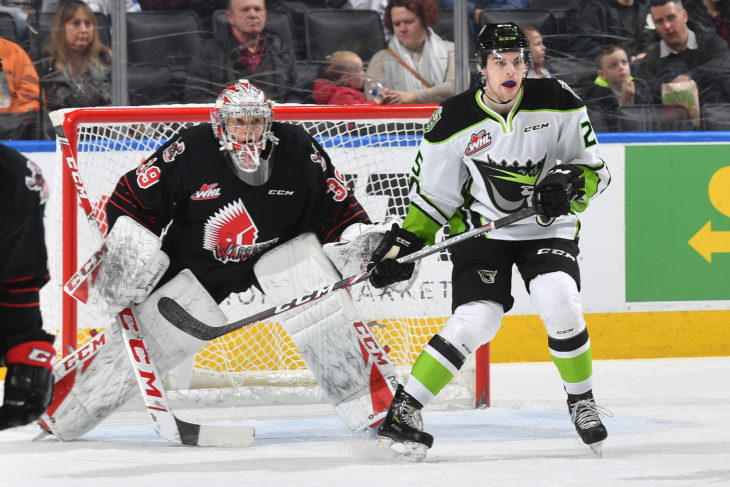 Carter Souch, Riley Sawchuk, Scott Atkinson and Liam Keeler were the other goal scorers for the Oil Kings, who are 4-1-0-0 since coming out of the holiday break and are 11-1-1-0 in their last 13 games.

The first period wasn’t the most put together period for the Oil Kings, but they managed to escape the opening frame unscathed despite taking three minor penalties.

Shots on goal during the game’s opening 20 minutes favoured the Oil Kings, 15-7.

In the second, Kuny earned his first career WHL goal after pouncing on a loose puck lying in the blue paint then burying it into a wide open net, assisted by Matthew Robertson and McIndoe, at 3:48.

Just over two minutes later while on the power play, Souch danced into the Moose Jaw zone on a 1-on-2 and roofed the puck blocker-side over Evanoff for his 13th of the season, from Ethan Cap and Cossa, at 5:59 to make it 2-0, Edmonton.

Just past the midway point of the period Sawchuk added to his team lead in points with his 15th of the season, burying a cross-crease, backhand feed from Dylan Guenther at 10:09, with Jake Neighbours picking up the second assist.

The hosts tallied their fourth of the period three minutes later when Atkinson sent the Rogers Place faithful into to a frenzy as he scored just ten seconds into the Popeye’s Chicken Minute, sending everyone in the stands home with free chicken and a biscuit, courtesy of Popeye’s. McIndoe and Robertson combined for their second assists of the night at 13:06. 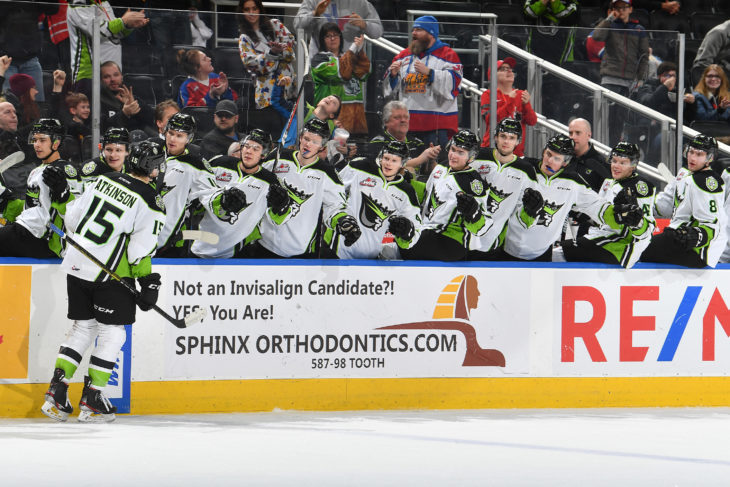 The second period saw the Oil Kings take a convincing 4-0 lead, but also maintain their ever-increasing lead in shots on goal over the Warriors, 15-3, for a two-period total of 30-10, Edmonton.

Moose Jaw made a goaltending change to start the third, replacing Evanoff with Berry for the final frame.

Under five minutes into the third period Keeler registered his tenth of the season to extend the lead to 5-0 after a nifty pass in the slot from David Kope. McIndoe earned his third point of the night with the secondary assist at 4:31, which wrapped up game scoring.

Moose Jaw was 0-for-5 on the power play, while Edmonton was 1-for-3 with the man advantage.

The Oil Kings are back in action next on Sunday, January 5 when they host the Saskatoon Blades at Rogers Place for a 1:00 PM MT start.