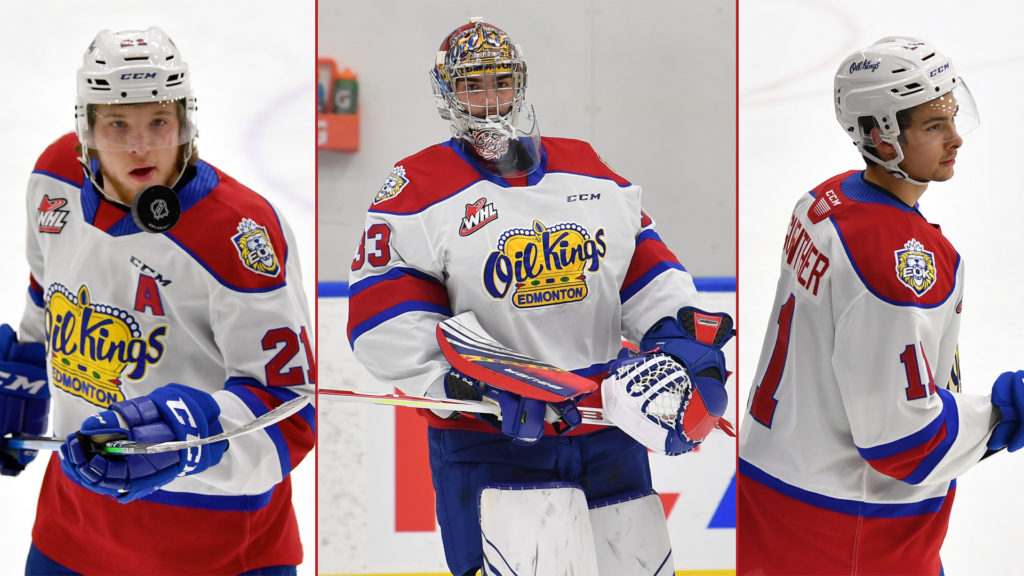 Edmonton Oil Kings forwards Jake Neighbours (Airdrie, AB) and Dylan Guenther (Edmonton, AB), along with goaltender Sebastian Cossa (Fort McMurray, AB) are among the 51 players that have been selected to attend the camp.

The camp will be held at the Seven Chiefs Sportsplex on the Tsuut’ina Nation near Calgary, AB from July 28-Augsut 4 and will feature a variety of on and off-ice sessions throughout the eight-day camp. The camp will also have combined practices and intrasquad games with players attending Canada’s National Men’s Summer U18 Team summer development camp on August 2-3.

The 6-foot-0, 197-pound winger last represented Canada at the 2019 Hlinka Gretzky Cup where he captured a silver medal while serving as an alternate captain. He captained Team Canada White at the 2018 World U17 Hockey Challenge where he recorded six points (3G, 3A) in five games.

Guenther, 18, finished this past season with 24 points (12G, 12A), two penalty minutes and a +19 plus/minus rating in 12 games. He ranked first amongst all WHL players in points per-game (2.00). He was named the WHL’s Central Division Player of the Year and Most Sportsmanlike Player.

The 6-foot-2, 181-pound winger has appeared in 78 career games with the Oil Kings, amassing 87 points (41G, 46A), 24 penalty minutes and a +47 plus/minus rating. He is ranked fifth amongst North American skaters by NHL Central Scouting ahead of this weekend’s NHL Draft, making him the highest ranked WHL skater.

Guenther represented Canada at the 2021 IIHF U18 World Championships where he captured a gold medal. In seven tournament games he recorded seven points (3G, 4A) while serving as an alternate captain. At the 2019 World U17 Hockey Challenge he tallied three points (3G, 0A) in six games while playing for Team Canada White.

In his career, the 6-foot-6, 203-pound netminder has appeared in 52 career games, compiling a record of 38-7-2-2 with a 1.98 goals against average, .928 save percentage and eight shutouts. He is ranked as the top North American goaltender by NHL Central Scouting ahead of this weekend’s NHL Draft.

Cossa represented Canada at the 2018 World U17 Hockey Challenge appearing in two games with Team Canada White, registering a 1-1-0 record to go along with a 3.03 goals against average and an .895 save percentage.