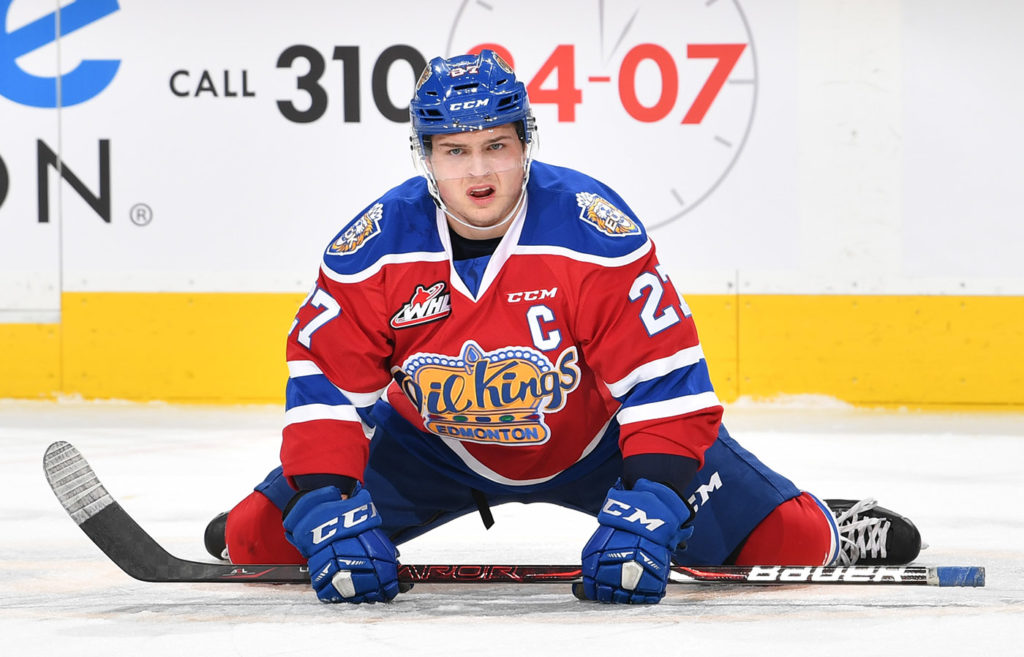 The Edmonton Oil Kings thought their captain Trey Fix-Wolansky had scored his first game winning goal of the season in overtime.

Inexplicably, his goal in the extra frame was called back and instead it was the Lethbridge Hurricanes who skated to a 3-2 shootout victory in front of 4,190 fans at the ENMAX Centre on Friday night.

Two streaks did continue, however, as the team picked up a point in its tenth straight game (8-0-1-1), and Fix-Wolansky earned an assist. He extends his personal point scoring streak to 11 games, picking up seven goals and 21 assists for 28 points during that span.

Dylan Myskiw (10-5-1-1) took the loss, making 29 saves in regulation and overtime and another three in the shootout.

Reece Klassen (8-3-2-2) picked up the win, making 35 saves on 37 Edmonton shots along with another four in the shootout.

After a scoreless first period it was Vince Loschiavo who opened the game’s scoring, giving the Oil Kings a 1-0 lead at 11:16 of the second period. It was a 5-on-3 power play goal for Loschiavo’s 11th of the season, assisted by Fix-Wolansky and Conner McDonald.

Just over five minutes later Jalen Luypen scored his second goal in as many games against the Hurricanes, and his third goal in five games to put Edmonton up, 2-0, from Aidan Lawson – his first WHL point – and Carter Souch at 16:29.

Shots on goal through the opening period were 12-9, Oil Kings and 27-14, Edmonton through 40 minutes.

The Hurricanes got themselves on the board with Jake Elmer’s tenth of the season to break Myskiw’s shutout bid and cut the Oil Kings’ lead to 2-1, from Taylor Ross and Jadon Joseph, at 4:32 of the third period.

With just 1:08 to play and the Hurricanes’ goaltender pulled in favour of an extra attacker Lethbridge tied the game, 2-2, on Ross’ 11th of the season, from Igor Merezhko and Jordy Bellerive to send the game to 3-on-3 overtime.

With 1:32 gone in the extra frame the game appeared to be over, as Fix-Wolansky shot the puck from between his legs then banked his own rebound beating Klassen, but the Hurricanes challenged the goal and somehow the call on the ice was overturned.

The remainder of overtime was scoreless, so the game headed to the shootout.

Lethbridge was 0-for-1 on the power play while Edmonton finished the night going 1-for-5 with the man advantage.