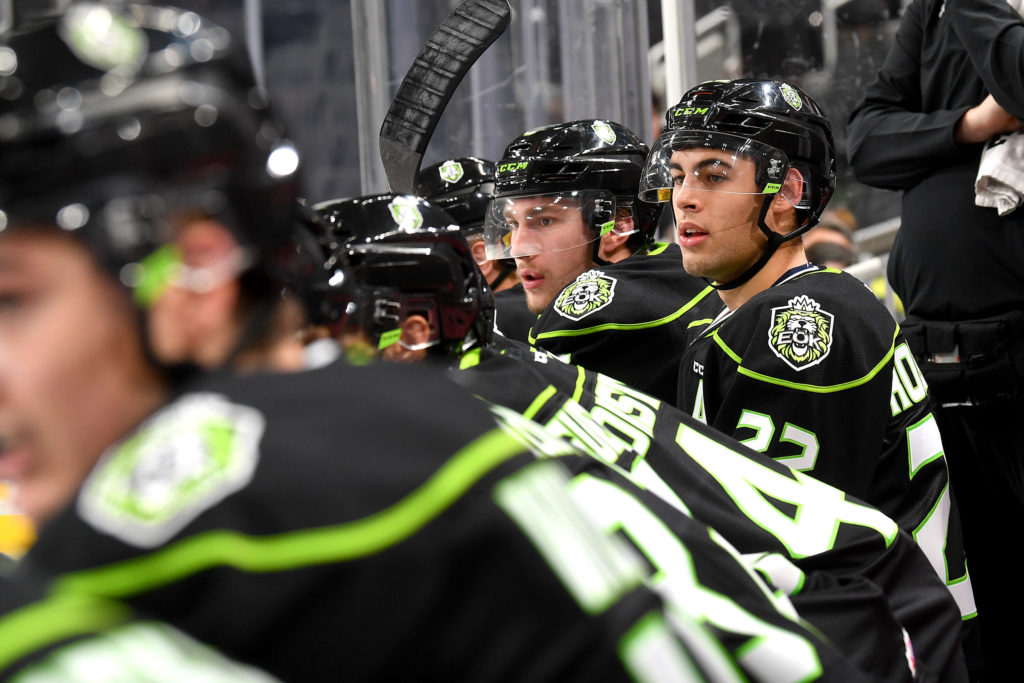 The Wheat Kings found themselves on a 5-on-3 power play nearing the midway point of the first period, and with two seconds remaining in the first Oil Kings call Brandon capitalized, taking a 1-0 lead at 10:31.

Just as the second penalty expired Brandon added to their lead, 2-0, for their second power play marker of the period at 11:32.

The Oil Kings, however, would respond moments later as overager Ethan McIndoe notched his 15th of the season after a long lead pass from Logan Dowhaniuk, picking off the far corner to make it a 2-1 game at 13:20, which rounded out first period scoring.

In the second, the Wheat Kings extended their lead at 5:26 to make it a 3-1 game which maintained action until the home side notched another, after a brief review for a high stick, to make it 4-1 Brandon at 19:27 heading into the final frame.

Brandon barreled out of the gates in the third and added to their lead, 5-1, on Connor Gutenburg’s second of the game at 1:17.

At 8:34, Wheat Kings Marcus Sekundiak was called for boarding Liam Keeler and also given a game misconduct for the play. On the five minute man advantage the Oil Kings were unable to claw away at the deficit, as the visitors killed off the major man advantage.

With 4:28 to play in the third Josh Williams registered his 21st of the season, from Riley Sawchuk and Carter Souch, but it was the final red light of the night.

Brandon was 3-for-6 on the power play, while Edmonton was 0-for-4 with the man advantage.

The Oil Kings complete their three-game road trip when they face the Regina Pats on Saturday, February 22 at 6:00 PM MT.