Will Warm named 2019 WHL Humanitarian of the Year 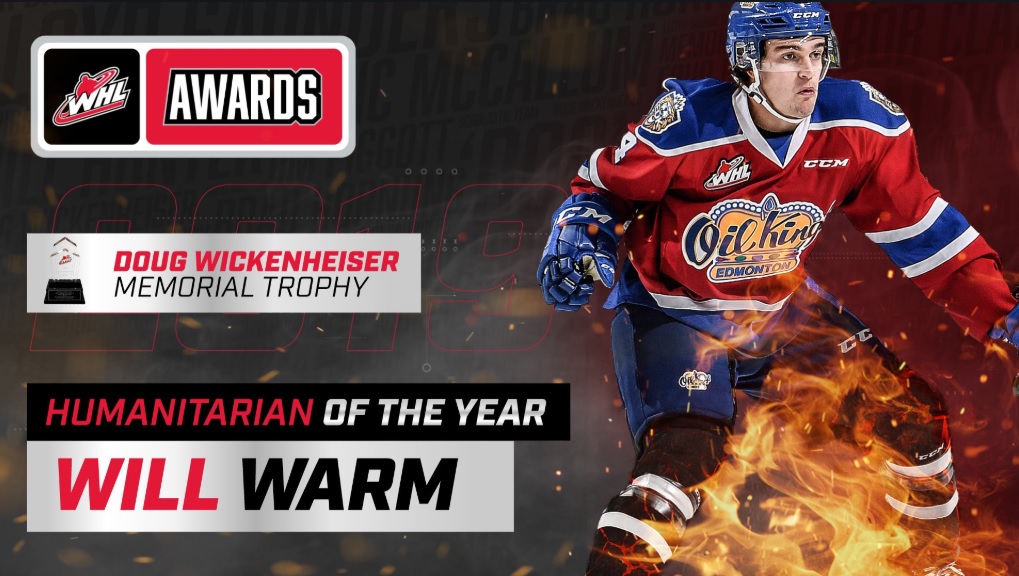 RED DEER, AB – A season that started with incredible disappointment for Edmonton Oil Kings’ defenceman Will Warm has ended with a coveted WHL Award.

It was announced Wednesday in Red Deer that Warm was the recipient of the Doug Wickenheiser Memorial Trophy as the 2019 WHL Humanitarian of the Year award for his work in the Greater Edmonton Community, highlighted by his time spent with the Ronald McDonald House as a part of his Will Warms the Community initiative.

“It wasn’t something that crossed my mind at all throughout the season,” said Warm. “I really just enjoyed hanging out with those incredible families, some really cool kids. I’m just so grateful.”

Warm played in just five games to start the season before a knee injury sidelined him for five months. Instead of focusing on the negative, Will found the positive and turned his attention towards building a presence in the Edmonton community.

“Being an Oil Kings player you have an opportunity to make an impact in the community,” said Warm. “Being out with the injury I wanted to take advantage of that. Reading up on just how much Ronald McDonald House did for families, the huge impact they have on them, I wanted to jump right in and work with them.” 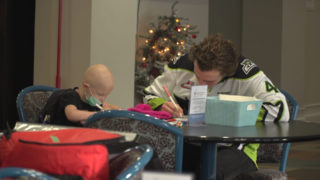 Once a week Warm would spend a couple hours in the local Ronald McDonald House playing air hockey, making crafts, painting pictures or doing whatever it was the kids wanted to do that night.

“Everyone there was fantastic. But there was one little girl who had a massive impact on me,” reflected Warm. “She was just so strong and it was just so special to be able to spend so much time with her and her sisters. Everyone there, really. My time there has changed me for the rest of my life.”

The relationships went beyond the four walls of Ronald McDonald House. After learning what an average day holds for the families that benefit from the House’s efforts Will donated tickets to give the families a break from daily hardships and bring them out to Rogers Place for an Oil Kings, meeting the families post-game and providing a small gift to his new friends. 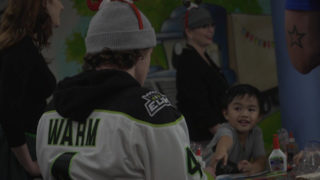 “My idea was just if they can come out to an Oil Kings game for a night and just kind of get away from everything that’s going on in their life and have fun and experience some hockey then that would be pretty cool.”

Winning this prestigious award comes as no surprise to those who know Will and saw the work that went into his ongoing community efforts.

Oil Kings General Manager and President of Hockey Operations, Kirt Hill, says it’s an extension of his character that he sees every day around the rink.

“He could’ve let the injury affect him in a negative way but he used it to bring positive experiences to some who could use it most,” said Hill. “That’s Will. He’s a leader on and off the ice for us and it’s great to see a guy like that recognized.”

Once Will returned to the ice in January, his community work only grew.

While continuing his weekly Ronald McDonald House visits, Will made stops into multiple children’s hospitals and to Santa’s Anonymous to help bag bears from the team’s Teddy Bear Toss game.

During one of the hospital visits Warm met a local boy, and cancer survivor, who makes chairs from used hockey sticks to see how he could assist. Will quickly spearheaded a new program to collect his teammate’s broken sticks and donating them to his new friend. 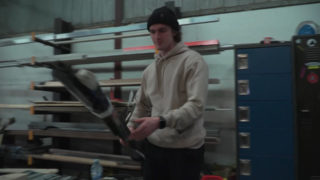 Through the acknowledgement, Will was quick to include Oil Kings’ Community Relations Coordinator Heather Lefebvre who worked closely with Warm all season.

“None of this could’ve have been done without Heather,” said Warm. “Any time I wanted to do something or asked about something, she helped make it happen. She was so instrumental in all of this. It was incredible.”

This marks the first time in Edmonton Oil Kings history a player has received the Doug Wickenheiser Memorial Trophy.

“I’m shocked,” Will ended. “It’s something I’ll remember and cherish for the rest of my life.”