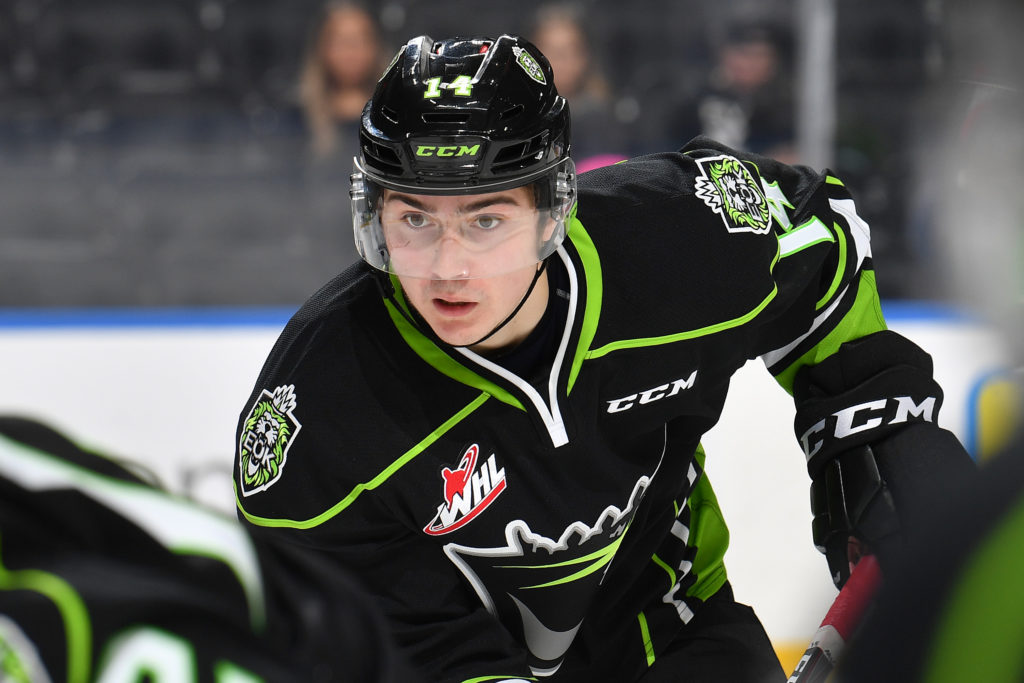 The Edmonton Oil Kings rounded out their three-game eastern road trip on the right note with a 2-1 overtime win over the Regina Pats in front of 4,451 fans at the Brandt Centre on Saturday night.

Josh Williams was the hero with just 46 seconds remaining in extra time for the Oil Kings (39-10-6-3), who got back into the win column over the Pats (19-31-4-2) and now head back to Rogers Place to prepare for Hockey Hooky on Tuesday morning at 11:00 AM MT against the Winnipeg ICE.

Beck Warm (18-16-3-2) rebounded nicely in the second of a back-to-back for his ninth win as an Oil King (9-2-0-1), facing and surpassing the challenge of staying sharp and allowing just one goal despite only seeing two shots in the first period, nine in the second, and three in the third before shutting the door with both saves he was tasked with in the 3-on-3 extra frame.

Donovan Buskey (8-10-1-0) took the loss in goal, turning aside 27 of 28 shots he faced after coming in to start the second period in relief of starter Danton Belluk who allowed one goal on 13 shots in the first 20 minutes of action.

Scoring opened near the end of the first period with the Oil Kings on the power play, as an initial Dylan Guenther shot was turned away by Belluk, as was a secondary rebound by Ethan McIndoe, but Jake Neighbours swallowed up the third chance to give the visitors a 1-0 lead at 15:49.

Shots on goal in the first period heavily favoured Edmonton, 13-2.

Austin Pratt notched the equalizer with 2:37 remaining in the second for the Pats, sending the game into the second intermission tied 1-1.

Shots in the second were once again on the Oil Kings side, 12-9.

The third period was scoreless, with the Oil Kings posting 12 shots on goal to just three by the home team Pats.

In the overtime period, play went end-to-end but was highlighted by a sensational save by Warm with just 1:45 remaining to keep the stalemate alive.

Nearly a minute later, with less than a minute to play in overtime, Williams corralled the puck in his own zone and went coast to coast, through all three Pats players, and posted his 22nd of the season to secure the Oil Kings victory.

Regina was 0-for-2 on the power play, while Edmonton was 1-for-4 with the man advantage.

The Oil Kings return home to Rogers Place on Tuesday, February 25 when they take on the Winnipeg ICE for Hockey Hooky at 11:00 AM MT.