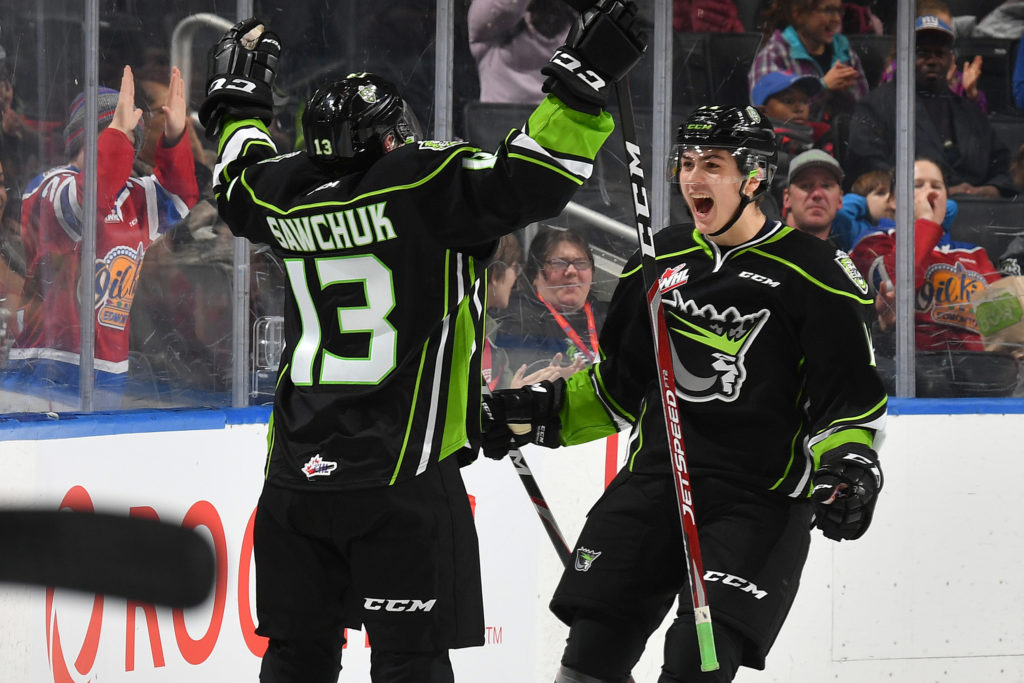 There’s little more motivating – and satisfying – in sports than facing your former team and playing a big part in getting the win.

Williams’ three assists led the Oil Kings on the scoresheet, while Riley Sawchuk increased his team lead in goals with a pair.

Ethan McIndoe and Carter Souch were the other scorers for the Oil Kings, who have now earned points in nine of their last ten games and 12 of 13 games, overall, this season.

The Oil Kings once again opened the game’s scoring as Sawchuk added to his team lead in goals by finishing a pretty, 2-on-0 shorthanded break with Williams to put the home side up, 1-0, at the 7:50 mark of the first period.

It was the lone goal of the frame, which saw shots on goal favour the visitors, 13-11.

Less than a minute into the second, Williams capitalized on a turnover deep in the Medicine Hat zone before finding a wide open McIndoe in the slot to make it 2-0 Edmonton at the 40 second mark.

But just 31 seconds later the Tigers responded with a goal by former Oil King, Brett Kemp, who tapped in a pass that came from just above the goal line to bring the Tigers to within one, 2-1, at 1:11.

The next goal came in the period’s final minute, as Souch buried a cross-crease pass to restore the Oil Kings two-goal lead on the power play, from Williams and Dylan Guenther, with just 42 seconds to play in the middle frame.

The Oil Kings closed out the scoring with an insurance marker by Sawchuk, his second of the game and eighth of the campaign, assisted by Jake Neighbours, at 15:47.

Medicine Hat was 0-for-6 on the power play while Edmonton went 1-for-4 with the man advantage.

The team finishes off the back-to-back tomorrow, Saturday, October 26 when they host the Seattle Thunderbirds for Cartoon Festival at 7:00 PM MT at Rogers Place.