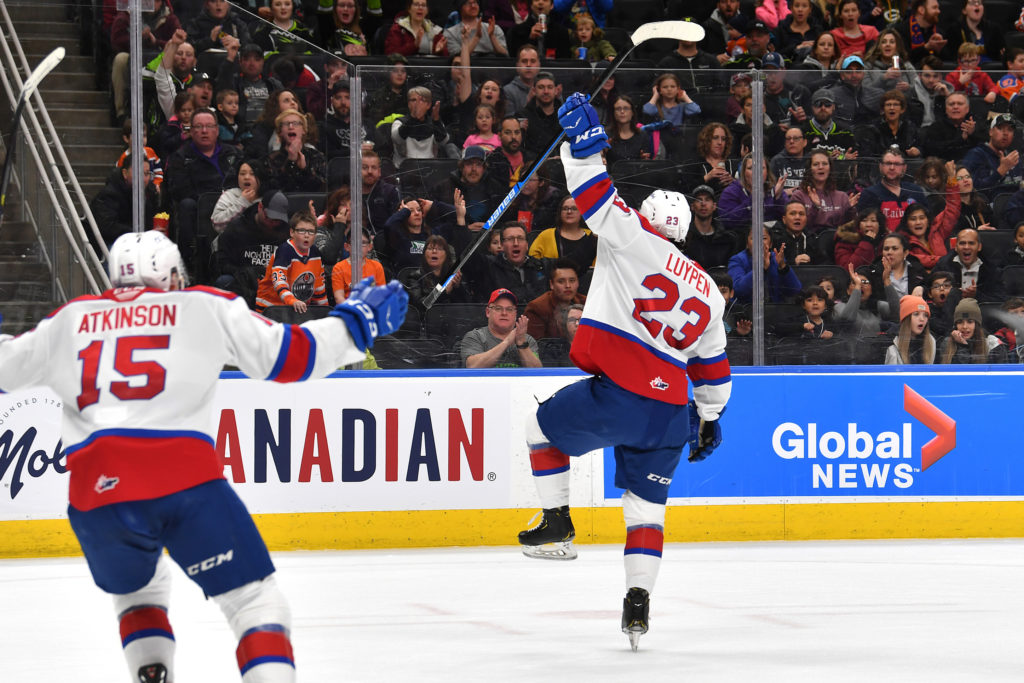 The Edmonton Oil Kings soared through the neutral zone, came to the rescue of their goaltender, and avenged their fans after a loss to a villainous opponent two nights prior.

Beck Warm (20-16-3-3) reached the 20-win mark for the second straight season, and improved his record as an Oil King to 11-2-0-2. The 20-year-old, Whistler, BC native did well to keep focused and sharp, despite seeing lulls in action when the Oil Kings commanded the play in the offensive end. 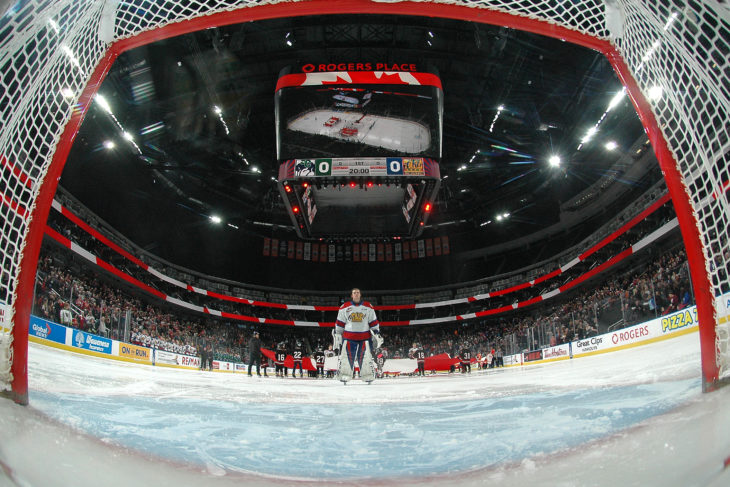 It’s been a difficult road this season for the Broncos to say the least, as they continue to rebuild after their 2018 WHL Championship. The loss tonight was the 16th straight for the Club, who have the fewest points (24) among all Canadian Hockey League teams.

Atkinson gave the Oil Kings a 1-0 lead with his 13th of the season, scoring on the wraparound from behind the net assisted by Vladimir Alistrov and Wyatt McLeod, at 3:45.

It was the lone marker of the first 20 minutes, which saw the Oil Kings outshoot the Broncos by a 16-6 margin. 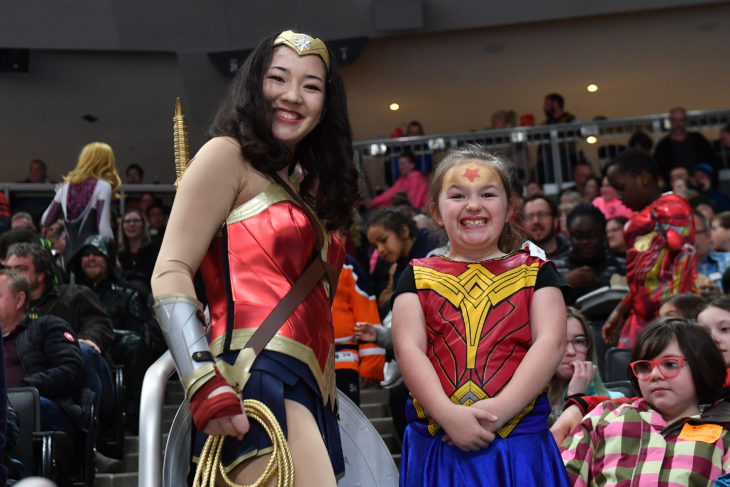 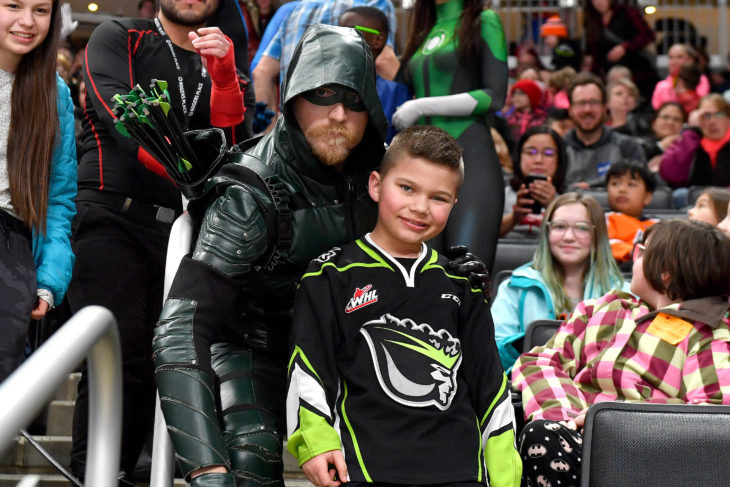 Josh Williams made the voices – and bellies – of the fans roar when he scored just over ten seconds into the Popeyes Chicken Minute, as his 24th of the season sent everyone in attendance home with a voucher for chicken and a biscuit, courtesy of Popeyes. It was the fifth Oil Kings goal this season scored in the Chicken Minute, coming at 12:09 with Luypen and Atkinson picking up the assists on the 2-1 goal. 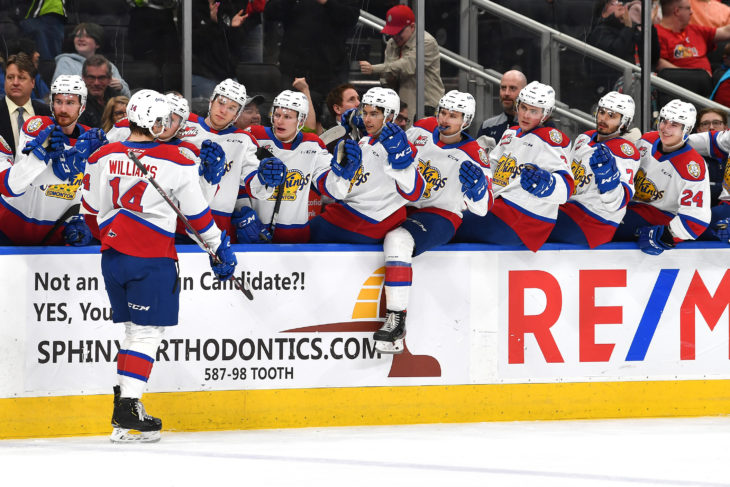 Luypen himself found the scoresheet just over three minutes later, taking a pass from behind the net and dancing out front, all alone. He backhanded the puck into the top right corner, shorthanded, at 15:29.

The Oil Kings took the 3-1 lead into the second intermission, outshooting the Broncos 15-7 in the frame, and 31-13 after 40 minutes.

The final goal of the game came with DiLaura pulled in favour of an extra attacker in an attempt to erase the deficit, but Riley Sawchuk hit the quarter-century mark in goals with his 25th of the campaign into the empty net, assisted by Jake Neighbours and Matthew Robertson, at 17:41 to secure the 4-1 victory.

Swift Current was 0-for-4 on the power play, while Edmonton was held without a man advantage but managed a shorthanded goal. 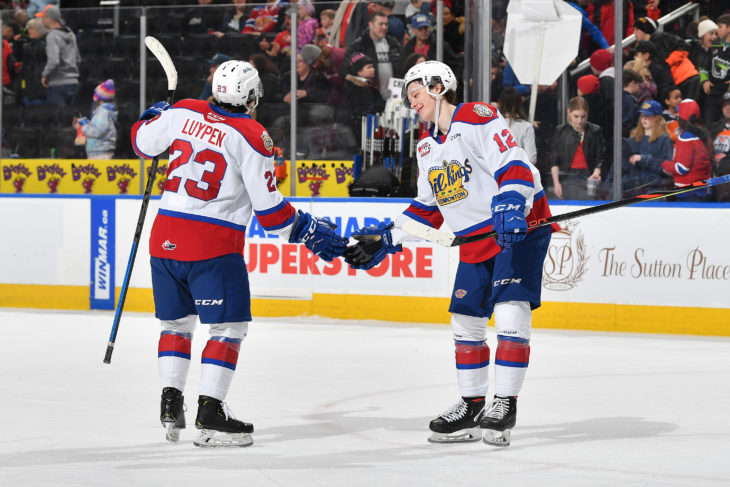 The Oil Kings travel to Medicine Hat to take on the Tigers tomorrow night, Saturday, March 7 at 7:30 PM. They return to Rogers Place for their second-to-last home game of the regular season on Sunday, March 15 when they take on the Lethbridge Hurricanes for Fan Appreciation Day presented by RAM at 4:00 PM MT.

Their last game of the regular season goes Saturday, March 21 when they face the Red Deer Rebels at 7:00 PM MT at Rogers Place.

The 2020 Playoff Pass is on sale now! For only $125, your Playoff Pass guarantees you the same great end seat to every playoff home game at Rogers Place during the playoffs; the more we play, the less you pay!