Win A Meet-And-Greet With The Hanson Brothers 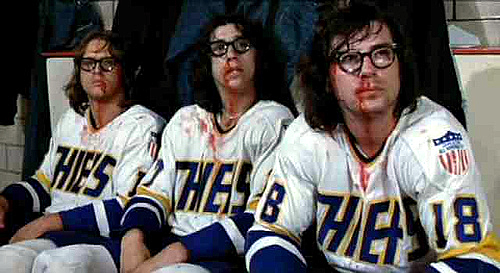 The Hanson Brothers from the movie “Slap Shot” will be special guests of the Edmonton Oil Kings as they take on the Moose Jaw Warriors for 70’s Night this Friday at Rexall Place. Game time is 7 p.m.

In addition to taking part in some of the in-game activities, the brothers will be meeting fans and signing autographs on the concourse from the start of the second period, through the second intermission and until there are five minutes left in the third period.

The Hansons will also be signing several Charlestown Chiefs jerseys that will be up for silent auction during Friday’s game, with all proceeds going to the Oil Kings Education Association.

And the official Hanson Brothers after-party will be held following tonight’s game at The Pint (Jasper Ave & 109 St), giving fans one more chance to meet the old-time hockey icons.

Tickets to 70’s Night featuring the Hanson Brothers, as well as every Oil Kings home game, are available starting at just $15 at any Ticketmaster outlet, online at oilkings.ca, or by calling 780-414-GOAL (4625).