Oil Kings Bounce Back With 4-1 Win 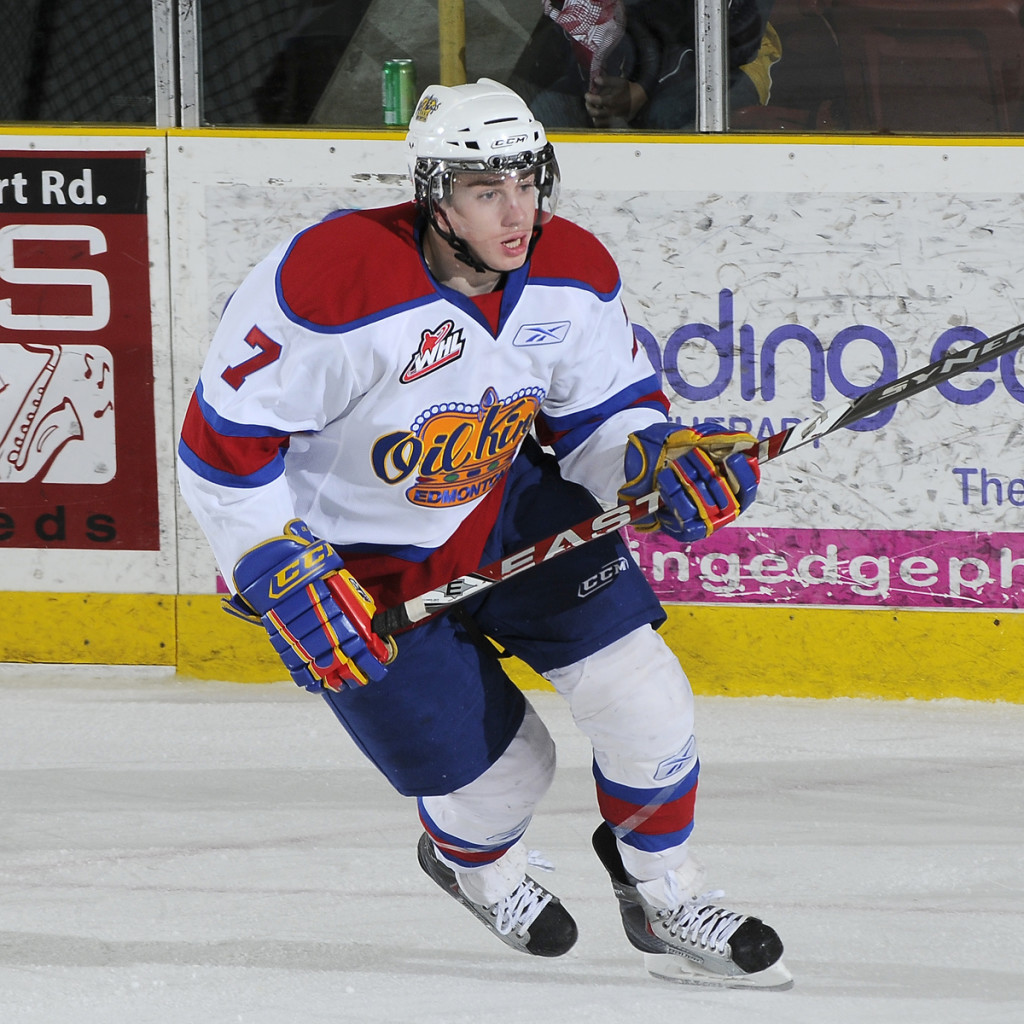 Swift Current, SK – Forward Stephane Legault led the way with a pair of goals as the Edmonton Oil Kings rebounded from a Saturday night loss with a 4-1 win over the Swift Current Broncos on Sunday night. Legault’s second goal was the game winner early in the second as the Oil Kings dominated play for most of the first two frames – outshooting the Broncos 28-14. Goaltender Laurent Brossoit was excellent down the stretch as he turned away 28 of 29 shots to register his fourth win of the season. Brossoit showed poise as he rebounded from a tough outing on Saturday with a sterling performance including a third period that saw the Broncos outshoot the Oil Kings 15-5.

T.J. Foster and Mitch Moroz scored the insurance goals for the Oil Kings and Slovak Martin Gernat continued to impress with a pair of assists. The game marked the Edmonton Oilers draft pick’s 5th multi point game as he continues to lead all WHL Defensemen and Rookies in scoring with 12 points in 8 games.

The Oil Kings power play went 1 for 3 on the night while holding the Broncs to 1 for 4 with the man advantage. Edmonton’s record goes to 4-2-1-1 with the win placing them in a four way tie with 10 points atop the WHL Eastern Conference.

Next up for the Oil Kings another quick turnaround as they take on the Lethbridge Hurricanes in the newly renovated ENMAX Centre on Tuesday. Puck Drop is set for 7PM – remember that all games this season will be broadcast live on the TEAM 1260 and streamed live at WHL.ca.

The Oil Kings will return to Rexall Place on Friday, October 14th in a match up against the Regina Pats.