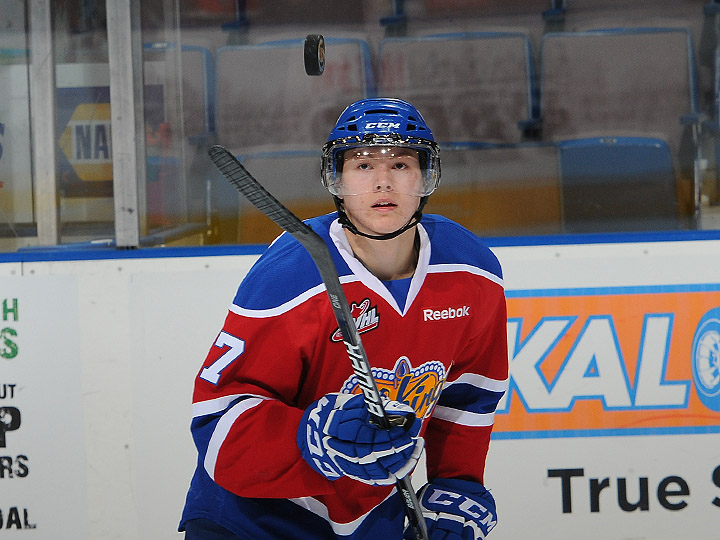 Cranbrook, B.C. – Led by another stellar performance from Laurent Brossoit and a two goal night for blue chip prospect Curtis Lazar that included the game winner – the Edmonton Oil Kings took a 6-1 win over the defending WHL Champion Kootenay Ice on Wednesday night in Cranbrook. Brossoit has been on fire and has allowed only 1 goal in each of his last three starts while totalling 96 saves in that time. Stephane Legault continued his recent tear with his fifth goal in his last four games while Michael St.Croix and the Captain Mark Pysyk all tallied for Edmonton.

Dylan Wruck added 3 assists as the Oil Kings once again won the special teams battle going 1 for 3 with the man advantage while holding the Ice to 0 for 2. The Oil Kings have only allowed one power play goal against in their last 17 shorthanded situations.

The victory wrapped a great road trip for the Oil Kings in which they took 8 of a possible 10 points to raise their record to 6-2-1-1 on the year. With 14 points the Kings sit alone as the number one team in the WHL for the first time in the modern era of the franchise.

Next up, the first place Oil Kings will make their return to Rexall Place on Friday, October 14th looking to extend their 3 game winning streak in a match up against the Regina Pats – puck drop is set for 7PM.