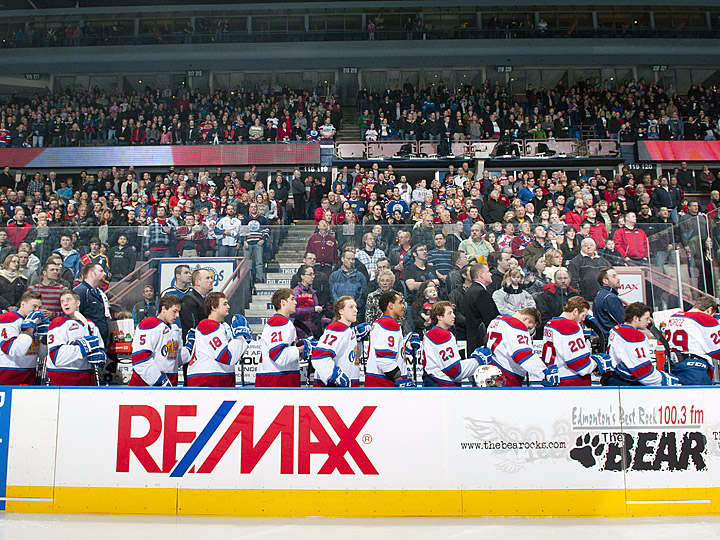 Edmonton, AB – The Edmonton Oil Kings announced today the Playoff Pass Presented by ATB Financial has sold out.  Due to overwhelming demand , the $99 offer to secure a seat for every Oil Kings home playoff game is completely sold out.

The pass holders contributed to the two largest crowds in Oil Kings playoff history with Game 1 drawing 8,939 while Game 2 had 8,463 fans attend.

Games 3 and 4 of the Eastern Conference Quarterfinal versus the Kootenay Ice are scheduled to be played Wednesday and Thursday in Cranbrook, BC. Game 5, if necessary, would be played at Rexall Place on Sunday, April 1, 2012 at 2:00 p.m.

Tickets will go on sale at oilkings.ca as games are confirmed.

Oil Kings Season Seats for 2012-13 are on sale now and start at less than $14 per game.  Fans can secure their seat for next season with a $100 deposit and as an added bonus, they’ll receive the next round of playoffs FREE.

The 2012 Oil Kings Playoffs are presented by ATB Financial