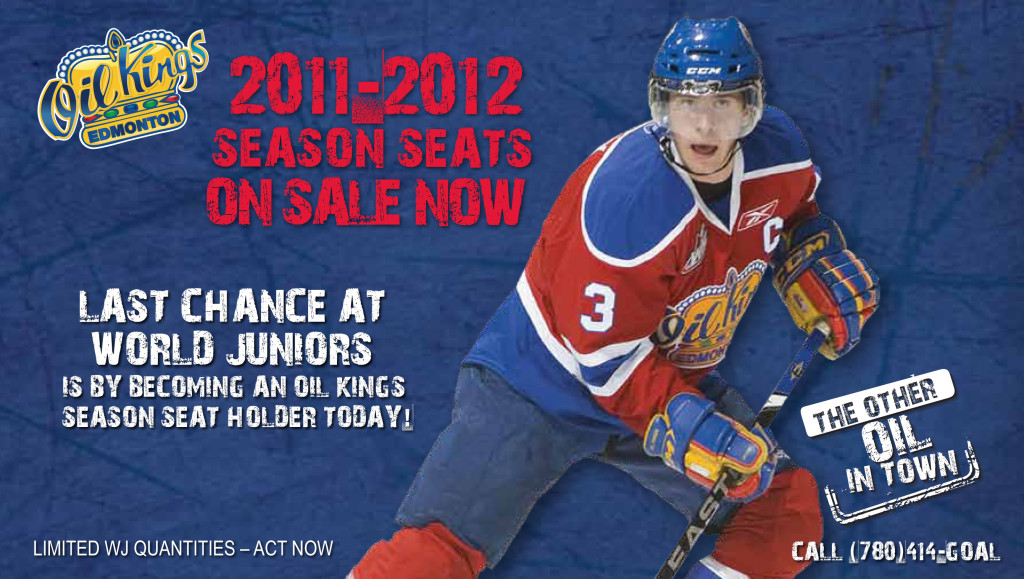 As co-hosts of the 2012 World Juniors, the Oil Kings pre-purchased a limited quantity of Edmonton World Junior packages and reserved them exclusively for their season-ticket holders. Become a season-seat holder today and you can secure your place to watch Team Canada go for gold against the top U-20 teams in the world.

Oil Kings season seats start at just $599, giving you a full season of WHL action at Rexall Place with one of the most exciting young squads in the league, in addition to your World Junior tickets. Multiple Oil Kings players will likely be competing in the 2012 World Junior tournament. Season tickets also include free parking, WHL playoff tickets, 15% off all merchandise and priority access to Edmonton Oilers tickets.

Oil Kings season tickets are now available for purchase by calling 780-414-GOAL (4625), so make sure you act fast and secure your spot at the 2012 World Junior Championship, as quantities are limited and are being made available on a first-come, first-served basis.