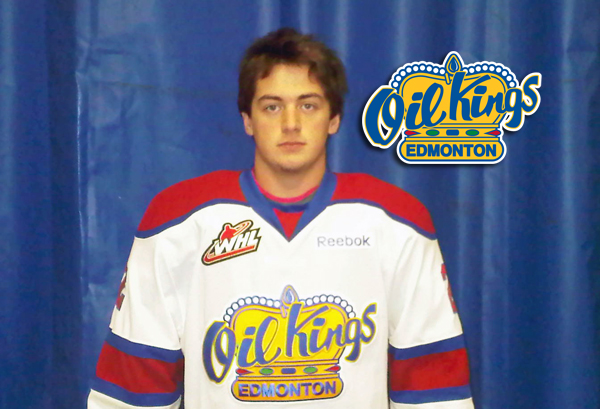 Edmonton, AB – Edmonton Oil Kings GM Bob Green was proud to announce today that the hockey club has signed U.S. born prospect Cody Corbett to a WHL agreement. Corbett is 93-born 6’1 210 pound defenseman who played last season with the Stillwater Ponies of the Minnesota High School League where he posted nine goals and 13 assists in 26 games. He has a late birthday and as such will be eligible as a 93-born player for the 2012 NHL Entry Draft.

“We are very excited to add a player of Cody’s calibre to our program.” said Green “He’s a solid defenseman with good offensive skills, he handles the puck well and he’ll help add extra depth to our blue line”

A native of Lakeland, MN Corbett has been signed to a standard WHL player agreement and will travel with the team this weekend as they take on the Regina Pats and Brandon Wheat Kings.

The Oil Kings will return to Rexall Place on Saturday, November 5th as they take on Colorado Avalanche draft pick Calvin Pickard and the Seattle Thunderbirds.

Oil Kings tickets are available online at OilKings.ca, via phone at 780-414-GOAL (4625) or at any Ticketmaster outlet.