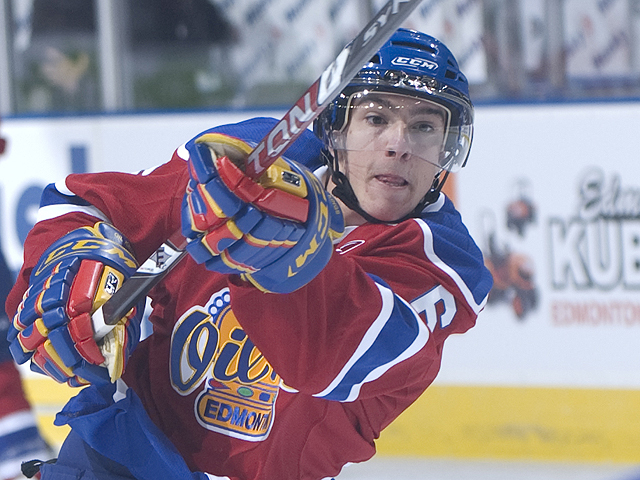 The Oil Kings dealt the veteran blue-liner and Saskatoon native to the Thunderbirds in exchange for a 2012 Western Hockey League Bantam Draft selection. In 120 career WHL games, all with Edmonton, Laroque tallied eight points and a minus-19 rating.

“We’d like to thank Braeden for his time spent competing with the Oil Kings and we wish him all the best with his new team,” Green said of the deal with Seattle.

After a dominant 4-1 victory on Wednesday against the Raiders in Prince Albert, the 1-0-1-0 Oil Kings return to Edmonton for their home opener this Friday against the Central Division rival Medicine Hat Tigers at 7 p.m. at Rexall Place. The provincial rivals play again on Saturday at 7:30 p.m. in Medicine Hat.

The team is proud to announce its new season and new pricing, making Oil Kings hockey more affordable than ever. Individual game tickets have been reduced by up to 30%, with tickets starting at just $15, and some of the best side seats in the house are just $20. Also, the first 500 fans at Friday’s opener receive a free jersey t-shirt featuring Edmonton Oilers draft pick Travis Ewanyk.

To purchase tickets, click the link at the top right corner of this page, or they can be purchased at any Ticketmaster location, at the Oil Kings ticket office (10233 – 96 Ave) during regular business hours, online at oilkings.ca or by calling 780-414-GOAL (4625).