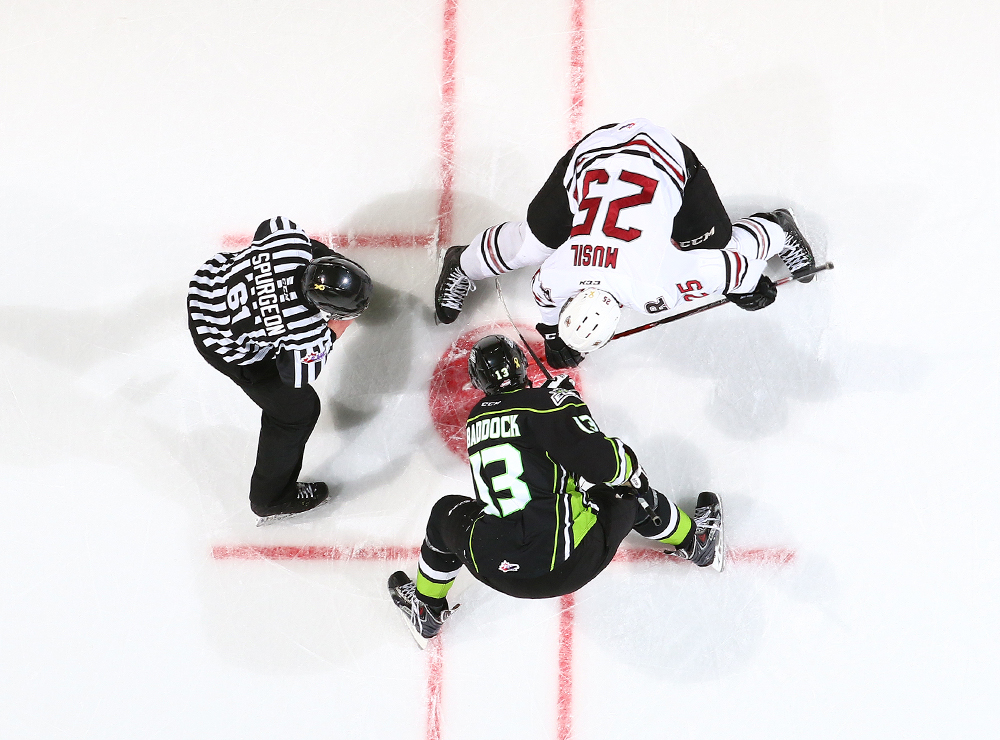 EDMONTON, ALTA. – The Edmonton Oil Kings let one slip away in the third period Friday night.

“That’s the second game in a row that we’ve blown the third period, so we’ve got to figure that out quickly,” said Oil Kings defenceman Dysin Mayo.

“We didn’t come out very strong, but we battled back to put ourselves in a good position going into the third, but we blew it away.”

Poor special teams play hurt the Oil Kings as they allowed two shorthanded goals and finished just 1-7 on the power play, while Red Deer had only one chance with the man advantage.

“They just outworked our power play,” said Oil Kings head coach Steve Hamilton. “They had more chances shorthanded than we had on the power play. … They were looking to push the pace on their penalty kill.”

Brooks Maxwell got the Rebels on the board late in the first period as he ripped a slap shot from the high slot shorthanded that found the back of the Edmonton net.

Lane Bauer tied it on the power-play early in the second period as he redirected a shot from Ashton Sautner in the slot past Rebels goaltender Taz Burman.

Red Deer responded midway through the period as Riley Sheen scored his first of two on the night, but Brandon Baddock knotted the game 2-2 with 3:04 left in the second period as his bad-angle shot slipped past Burman.

“We chased the game most of the night. Finally caught up to it a little bit going into the third period, and then we just got completely outworked and outbattled,” Hamilton said. “Really disappointing from that perspective.”

The third period was all Red Deer, as the Rebels poured in goals from Nelson Nogier, Wyatt Johnson (shorthanded), Scott Feser and Sheen.

“We got ourselves in a pretty good position against a good team and we just came out kind of flat,” Oil Kings captain Ashton Sautner said. “We can’t give up goals like that.”

Andrew Koep and Ashton Sautner both had two points for Edmonton, while Tristan Jarry made 32 saves for Edmonton. Burman stopped 32 as well to get the win for Red Deer, while Sheen and Maxwell both had three points.

Edmonton and Red Deer will both wrap up the 2014-15 regular season Saturday night in Red Deer as they finish up their season-ended home and home series.

“I’d like to see our leaders step up, show the way, point the direction that we need to be,” Hamilton said of the rematch Saturday night.

“It’s always a process to get there, and it’s a process to get into the postseason. I would hope our leaders understand how poor a performance it was tonight and the importance of rallying our guys up for tomorrow.”