MENU
THE WESTERN HOCKEY LEAGUE HAS UPDATED ITS RETURN TO PLAY PLAN FOR THE 2020-21 SEASON
December 29, 2010 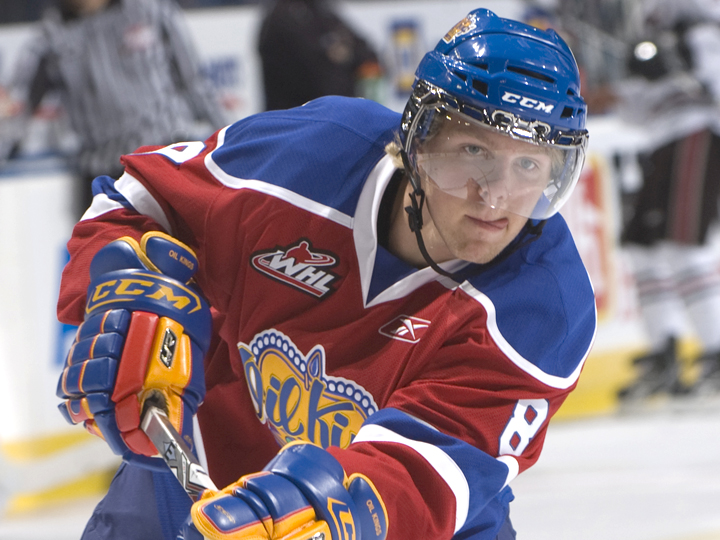 Winnipeg, MB – Oil Kings rookie defenceman Griffin Reinhart and the rest of Team Pacific are set to begin round-robin action tonight at 7 p.m. MT as they kick off the World Under-17 Hockey Challenge against Team West.

The 2011 Under-17 Challenge starts Wednesday and runs through Tuesday, Jan. 4 in Winnipeg and Portage la Prairie, MB. Participating teams include Hockey Canada’s Pacific, West, Ontario, Quebec and Atlantic, as well as the United States, Germany, Finland, Slovakia and the Czech Republic.

Reinhart is a hulking 6-foot-4, 205-pound blue-liner from West Vancouver in his first year with the Oil Kings. He currently leads the team in scoring among defencemen with four goals, 13 assists and a plus-nine rating in 33 games. He had an assist during Pacific’s 7-6 OT exhibition win over Germany on Tuesday.

Team Pacific is comprised of 11 players from B.C. and 11 players from Alberta. Each province held a provincial camp over the summer to identify a set number of players. These players were evaluated during the first part of the season by a selected group of high performance evaluators.

Team Pacific has included some of the top hockey players that Canada has ever produced. Some notable graduates who have competed on Team Pacific include:

The U-17 program is the first step in Hockey Canada’s Program of Excellence. Many players who compete at the World Under-17 Hockey Challenge go on to represent Canada with the National Men’s Under 18 Team, National Junior Team and National Men’s Team.

At the 2010 World Under-17 Hockey Challenge in Timmins, ON, Team Pacific finished fifth.